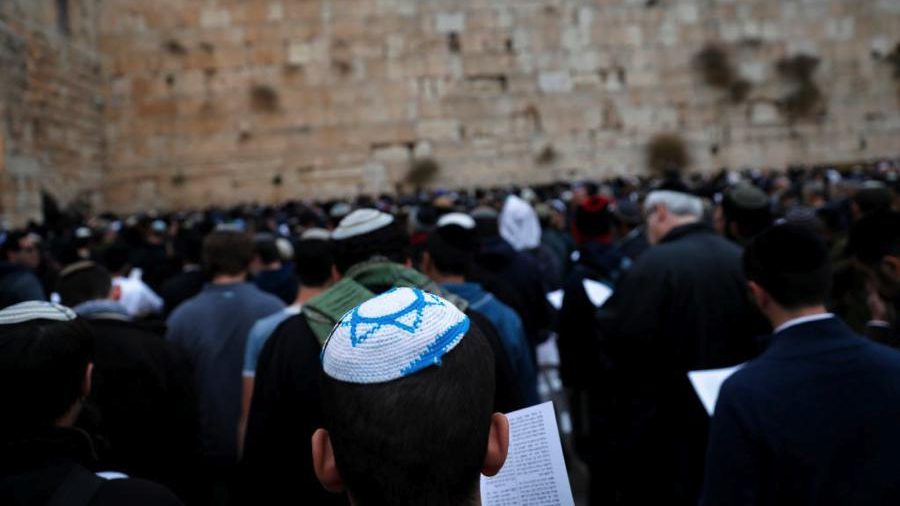 Orthodox Jews gather at the Western Wall in the Old City of Jerusalem on December 28, 2017 to pray for rain.

For years we have been hearing about devout Muslims having dreams about Jesus, as a result of which they left Islam and became baptized believers. Will we start hearing this about devout Jews as well? Will religious Jews and traditional rabbis receive divine revelation about Yeshua the Messiah? Is this coming soon? I believe it is.

The phenomenon of Muslim conversion through dreams is too well-documented to deny. As noted in a May 31 article on the Gospel Coalition website, “In 2007, Dudley Woodberry and others published a study that recounted interviews with 750 former Muslims who had converted to evangelical Christianity. Many of the reasons they gave for their conversion would be expected  —the love of God, a changing view of the Bible, and an attraction to Christians who loved others. But one reason might come as a surprise: the experience of a dream they believed to be from God.

“These study results aren’t isolated. Mission Frontiers magazine has reported that out of 600 Muslim converts, 25 percent experienced a dream that led to their conversion. The great missionary Lillias Trotter also reported dreams that drove Muslims to Christ.”

One of my friends is a sober-minded missionary who has served overseas for more than 40 years, primarily in Europe. A few years ago, while visiting in the States, he called me repeatedly, insisting that we have dinner together. He had been working with Middle Eastern refugees in Greece and was shocked to hear their stories. Many of them were former Muslims who recounted to him the most miraculous conversion stories.

Subsequently, he worked with a number of these men in Italy, some former terrorists, including a former Taliban member from Afghanistan and a former Hamas member from Gaza. Their stories were stirring and remarkable, and almost all of them involved dreams about Jesus. My friend, who is not easily impressed, was deeply moved.

What About the Messiah’s Own Flesh and Blood?

But why should this be limited to Muslims? What about the Messiah’s own flesh and blood? What about the people with more promises in the Bible than anyone else? Why not the Jewish people?

You might say, “But this is different. These Muslims have no conception as to who Jesus really was. They only know what is written about him in the Quran, and their view of Church history is quite negative. That’s why the Lord is appearing to them in dreams. Religious Jews know better.”

Actually, the reverse is true when it comes to religious Jews. They have virtually no exposure at all to the real Jesus-Yeshua.

His name is used as a curse word, and many will not even say it directly, using an even more contemptuous form like Yoshke. If they use His Hebrew name (as they learned it), it is Yeshu (not Yeshua). This also forms an acronym for the words, “May his name and memory be blotted out.”

For them, not believing in Jesus is a matter of loyalty to God. For them, death would be preferable to faith in Yeshua. How then can we expect them to believe?

According to their sacred literature, Jesus was a deceiver who went to Egypt to learn divination, only to return and deceive many in Israel. Worse still, He is now worshiped as a God — to a Jew, the height of idolatry. Every day Jews pray and confess repeatedly that they will not follow other gods. To them, Jesus is another god.

As for Church history, in their minds, there is a direct line from the cross to Auschwitz. As one of my ultra-Orthodox Jewish friends told me, “If my father said the word ‘Christianity,’ he would throw up.”

That’s why those religious Jewish men in Jerusalem spat when they said his name. (They were responding to my profession of faith in that name. In turn, they affirmed they did not believe in him and spat on the ground. Their attitude was, “God forbid we do such a thing!”)

For them, not believing in Jesus is a matter of loyalty to God. For them, death would be preferable to faith in Yeshua. For them, to die rather than be baptized — a choice the Church sometimes gave them — is to honor the name of the God of Israel. How then can we expect them to believe?

The Holy Spirit Must Touch Them

Even if they rightly understood the Messianic prophecies from their own Scriptures, it would be difficult for them to apply those prophecies to the Jesus they know – the fabricated Jesus of the Talmud and the false Jesus of much of Church history. (For the record, there is scholarly dispute regarding what the Talmud says about Jesus. But for many traditional Jews, the testimony about Him is clear and damning.)

The most religious Jews also live in very closed communities, with limited access to the outside world. (For example, it’s common for ultra-Orthodox Jews to have no TVs in their homes, limited internet access on their computers, and cell phones that are not smart phones.) How then can they be reached?

When I was in Israel with them just a few days back, I was reminded once again of how the Holy Spirit must touch them and how only He can open their eyes. And open their eyes He will!

They will discover the teachings of this amazing Rabbi, Yeshua. They will learn about this one who took their guilt and their sin. And they will turn to Him in repentance, as they learn who the real Jesus is: a Jew from Nazareth, the Messiah of Israel.

Why am I so confident this will happen? There are several important scriptures which speak of mass, national Jewish repentance at the end of the age. (See, for example, Zechariah 12:10-13:1; Jeremiah 31:1; Romans 11:26-27.) Other scriptures speak of nations that are now Islamic turning to the Lord (see Isaiah 19:18-25). Since God shows no favoritism, if He has done this for devout Muslims, why not for devout Jews?

On my end, I will continue to engage in apologetics and debates and dialogues with the Jewish community, especially the religious. In fact, this coming Wednesday, June 6th, we launch our new, New York City, Jewish outreach broadcast, called the Real Messiah.

At the same time, I will pray fervently that God will supernaturally open Jewish hearts and minds through dreams and visions and revelations. And when this happens, they will not “convert” to Christianity. As Jews, they will embrace Yeshua as the Messiah of Israel. Exciting days are ahead!

I recognize that there were religious Jews who rejected Yeshua when they saw Him face to face 2,000 years ago. And I don’t doubt that, in many cases, the same thing would happen today.

But I also believe that many of these men are being drawn to God and are seeking Him earnestly. He will reveal Himself to them. Let’s pray and watch and see.

How Did the Church Get Cut Off From Its Jewish Roots?