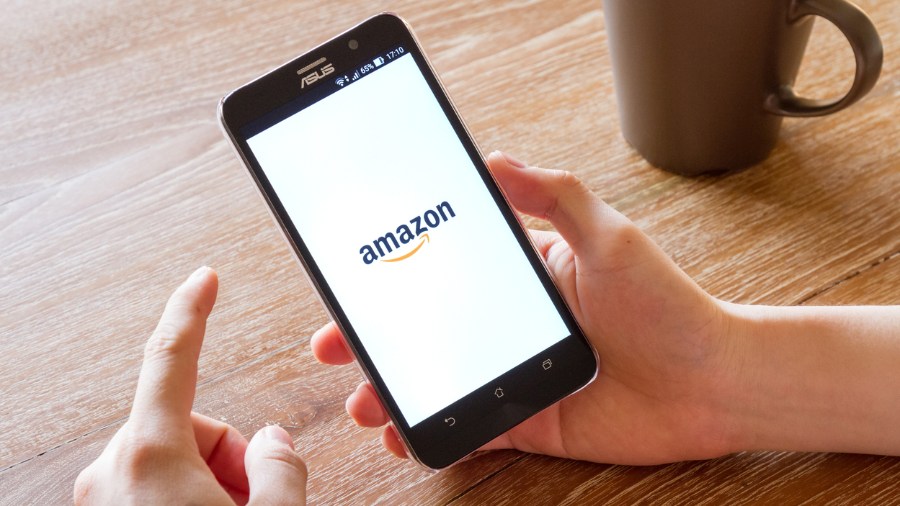 In a very disturbing move, Amazon has removed the books of Dr. Joseph Nicolosi, the psychologist whom critics have dubbed “the father of conversion therapy.” In other words, for claiming that sexual orientation is not innate and immutable, and for claiming that change is possible, Dr. Nicolosi’s books must be banned.

This leads to the logical question: Will Amazon ban the Bible next? There is no hyperbole here.

After all, it is the Bible that condemns same-sex relationships and the Bible that speaks of those who once practiced homosexuality but do so no more (see 1 Corinthians 6:9-11). These people todaywould be known as “ex-gays.” And it was Dr. Nicolosi’s life work to help people with unwanted same-sex attractions.

What Will Be Banned Next?

Why, then, should Amazon ban his books but continue to sell the Bible, which provides the theological underpinnings for Dr. Nicolosi’s scientific work?

After all, gay critics of the Bible refer to the so-called “clobber passages,” referring to verses which have been used to speak against homosexual practice. If these verses have brought such harm to the gay community, why shouldn’t the book containing these verses be banned?

There are numerous books on Amazon written by ex-gays, sharing their wonderful stories of transformation. Will their books be banned next?

Not only so, but there are numerous books on Amazon written by ex-gays, sharing their wonderful stories of transformation. Will their books be banned next?

Will those books be banned next?

One Person Responsible for Getting the Book Banned

What makes this especially frightening is that it appears that one man, Rojo Alan, based in England, was responsible for getting the books removed.

As reported on Pink News, at first, after sharing his concerns in writing, he got no response from either Amazon or the British outlet Wordery. But after he posted his concerns on Facebook, he got an immediate response from Wordery, which quickly pulled Nicolosi’s writings.

Amazon, however, claimed that the books did not violate their guidelines.

Alan explains that “since then, I had been working on getting these books pulled. I contacted Amazon regularly to speak to them about the books, about how unethical they are.”

He “used social-media sites to ask people to leave bad reviews of the books, and also began researching the ways in which they violated Amazon’s rules of publishing.”

And, he continues, “Once I gathered everything I went back to Amazon and I threw all the information I had at them in several conversations. Yet I was given the same ‘we will refer this to the relevant team.’”

Not long after this, the books were removed, and Alan was moved to tears.

Censoring What is Not Politically Correct

Of course, I could produce scores of testimonies from former patients of Dr. Nicolosi who were greatly helped by his counsel. Some experienced profound changes in their attractions. Others were freed from shame and self-harm. That’s why he remained in demand until his sudden passing in 2017.

Why don’t these voices matter?

I could also produce literature from liberal psychologists like the lesbian activist Dr. Lisa Diamond, who argues strongly that sexual orientation is fluid.

But that is not the real issue here. The issue is one of banning books that violate certain guidelines, in this case, guidelines created by LGBT activists. Amazon is now playing a very dangerous game of censoring that which is not politically correct. Where will that lead next?

Amazon carries thousands of books (perhaps, several hundred thousand books) that many readers find harmful and distasteful. Amazon carries a staggering array of material which offends many buyers or which raises serious concerns among others.

There are books which encourage behaviors that I believe are destructive. There are books and other materials that attack and mock ideologies which are sacred to me. Should Amazon ban these books too?

Should Amazon ban books that provide unhealthy food recipes? Or, conversely, should it ban books that encourage healthy eating and potentially “fat-shame” people?

The readers can decide what to buy and what not to buy.

It’s one thing if a book encouraged illegal, life-threatening behavior, as in a terrorist’s manual for making a bomb.

It’s another thing when a book written by a respected psychologist is banned because it violates LGBT sensibilities. Is this also a fruit of Amazon working with the notoriously left-leaning SPLC?

I have been a long-term Amazon customer, purchasing tens of thousands of dollars of books from them over the years, along with everything ranging from computers to headphones to random household items. As an author, I also recognize the importance of selling books on Amazon and getting good reviews written. And for me, personally, Amazon’s customer service has been second to none.

All the more, then, do I appeal to Amazon: please set this right.

We know Jeff Bezos supports the LGBT cause, and that’s his prerogative. But when political leanings influence censorship decisions, we move a step closer to burning books in the streets.

(If you agree with this article, post and share it widely, sharing your concerns with Amazon as well.)