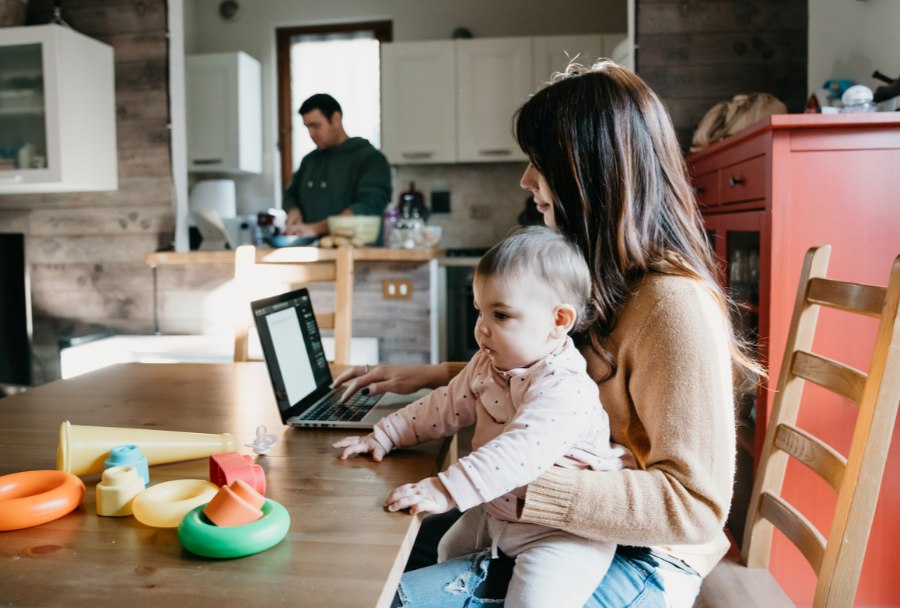 “Far more people appear to suffer alone,” according to an article on The Washington Post. A tragic consequence of the coronavirus pandemic? Yes, to be sure, but this quote comes from a story filed in 2006 about a study on social isolation.

Countless mothers will be absolutely alone this Mother’s Day because of the pandemic. But even before “social distancing” became our daily mantra Americans were experiencing unprecedented social isolation. According to the National Science Foundation, over a decade ago one quarter of Americans, a staggering cohort, said they have no one with whom they can discuss personal troubles.

Social Isolation is a Chronic Problem in Our Society

We were heading toward radical social isolation even before COVID-19. The virus just accelerated our pace. Seniors in nursing homes cannot lay eyes on anyone related to them. Parents are dying in hospitals without the succor and support of children and grandchildren. The coronavirus pandemic gives a glimpse of the future in store for those who have foregone marriage and children.

The antidote to this promise of loneliness and isolation is the formation of families.

The antidote to this promise of loneliness and isolation is the formation of families. Men and women becoming husbands and wives and raising the children that may come through their union, by the grace of God.

But new statistics show more Americans than ever are abandoning marriage. According to a study just released by the National Center for Health Statistics there are only 6.5 marriages for every 1,000 of us, a decline of 6% in the marriage rate. This is the lowest rate since the government started keeping such statistics way back in 1867.

The ’60s Sexual Revolution can explain why some men are less interested in marriage. That’s also when the argument that marriage is bad for women was first made in earnest. In 1972 the book The Future of Marriage by social science researcher Jesse Bernard was something of an urtext in anti-marriage-ism.

Bernard asserted that married women are beset with fear. “Married more than unmarried women [are] troubled by ideas that people [are] watching them on the street.” Are “fearful of falling when on high places.” Will “cross the street to avoid meeting people.” This is what passed for scholarship on marriage in those days. Funny. But her book has been cited hundreds of times in scholarly journals, which is not funny at all.

The message that marriage makes women miserable is heard today. Paul Dolan is an author and behavioral scientist who says forget what surveys say about happiness and marriage. Last year he told women at a literary festival in Wales that they will be happiest if they never marry and never have children.

Our Culture Needs Wives and Mothers

Even if women are persuaded that they do not need marriage, marriage needs them, and our culture needs marriage. To put it bluntly, wives and mothers are needed very much today.

During this strange time of quarantine, wives and mothers are learning just how much they really mean to the lives of those around them. They are spending their days teaching children, calming fears, creating budgets, planting gardens, leading prayers, dusting off old recipes.

Delivery services can bring food to shut-ins, but people are starved for companionship and love, and that UPS cannot deliver. Daily phone calls and special gifts left on doorsteps mean so much. I know a man whose life was, quite literally, saved by the tenacity and perseverance of his loving wife.

Pope John Paul II used to speak often of the “law of the gift.” We are most human, and most free, in the measure that we serve those entrusted by God to our care. “If the promotion of the self is understood in terms of absolute autonomy,” he wrote in his masterly papal encyclical Evangelium Vitae, “people inevitably reach the point of rejecting one another. Everyone else is considered an enemy from whom one has to defend oneself.”

What if the quest for freedom just leaves us bitter and lonely?

I Came Into Marriage and Motherhood Later in Life

I was a late vocation to marriage, not tying the knot until age 39. The odds were against our having children of our own, but one little miracle came along and then a few years later another.

Coming this late to motherhood, I have something of a unique perspective. For most of my years I was an unmarried, childless lawyer. Able to go where I wanted, when I wanted. My compass was what was best for me, humanly speaking. Then after this long autonomous life, I was someone’s wife, and someone’s mother. Belonging to these people has utterly changed my life and only ever for the better.

Our society needs wives and mothers and grandmothers. Like most social scientists say, intimate social ties provide civic benefits. But not only that, they provide psychological benefits, too, for those who answer the call.

Being loved and needed by those you love and need. This Mother’s Day, more than ever.