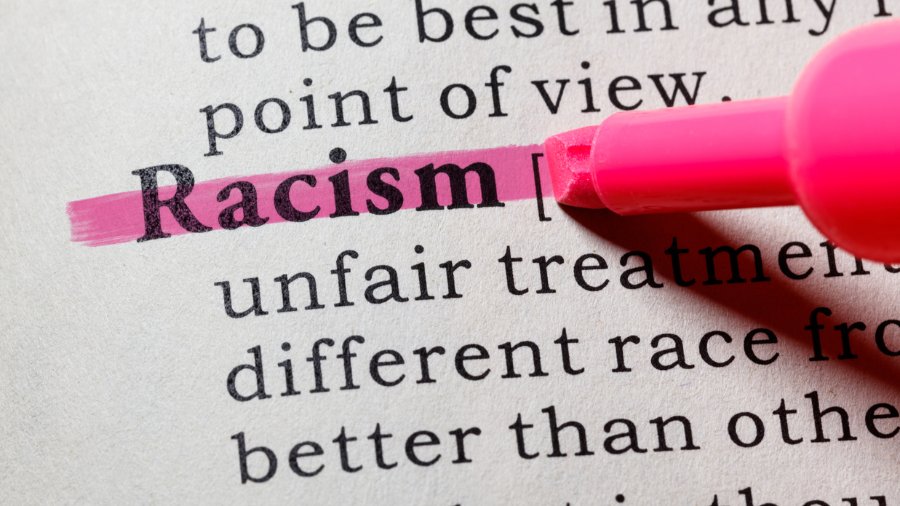 Racism is now King of All Sins. As I showed in Letter to a ‘Racist’ Nation, America has become a seller’s market for rumors of white racism. Time after time, fake racist incidents have been puffed up in the national media to meet the left’s insatiable demand.

Lynch mobs are nothing new, of course. Crowds moved by hysteria have long accused some group that stands out for accent, occupation or clothing of flamboyant evils: incest, cannibalism, blasphemy, poisoning wells. The crime of the hour is racism. It takes no more than vague hearsay, a pull rope in an auto shop, a Halloween prank, a “dog whistle” audible only to the KKK and anti-racists and instantly the nation goes red with outrage. The Washington Post preempts regular scheduling. Murders, invasions and stock market plunges are forgotten. Find that racist and hang him high!

Not that literal nooses can be used, now. Instead, the villains get “canceled.” Fired. Pelleted with bricks and frozen water bottles. Publicly, we wring our hands at their crimes, but secretly rejoice to see our prejudices justified.

The lunacy of the hour calls not for equal and opposite madness (one conservative accused me of being a Chinese spy the other day!), but for clear thinking. Let’s give it a try, starting with clear definitions: What is racism? And why is it, among other sins, hateful?

What Racism Is Not

Ibram Kendi defined a racist policy as “any measure that produces or sustains racial inequality between racial groups.” That is poison. If your tribe drinks vodka before driving home for the day, while another tribe drinks tea, those collective choices will shorten your average life span. Kendi’s definition implies that groups of people cannot differ even in innocuous matters without being “racist.”

Subcultures are bound to differ. If all disparities are read as racist, then all you will see to the far horizon will be white supremacists, dog-whistlers and “Uncle Toms.” One word, poorly defined, thus unleashes waves of social pathology.

Here’s a more rational definition of racism: “demeaning, despising, or disfavoring people because of their ethnicity.”

In a sense, such racism is nothing special. One can hate people collectively for many stupid reasons: sex, color, accent, make of car, church, weight, Hatfield or McCoy, Patriot or Saint or how they prefer their trout cooked. If a tall, skinny, French-Canadian albino female in an Audi rear-ends you, a half-dozen frantic hatreds wave their little pitchforks and vie for the role of Archgorgon of Enmities in your mind.

Like wolves, humans run in packs. Racism may seem to make sense under some circumstances: say, after the “Japs” attack Pearl Harbor or if you are born into a family of slaves under a cruel differently hued master. We band together when our territory is invaded or when harm is inflicted by another tribe. The way we define “our tribe” and “their tribe” may change from moment to moment, yet we ignore the fluidity of prejudice to eternally locate evil in some fixed group. Thus we commit another form of the very sin we decry.

So why is it wrong? Given materialism, the atheistic view that reality is all about matter and energy and natural laws, it might not be. In Arthur C. Clarke’s 2001: A Space Odyssey, two mobs of hominids fight until one invents the club and wipes out the other. Just so, Clarke seemed to be saying, does evolution often progress.

It’s always tempting to see one’s own tribe as a bit more evolved than the other guys. So even Richard Dawkins conceded once that one should not base morality on evolution, “unless it is with a negative sign.” (He tried to do so, anyway.)

A Practical Problem With Racism

“Man is a political animal,” said Aristotle. The biggest practical problem with racism now might be that society scorns it, like incest. You don’t want to be seen as buck-toothed, straw-chewing, methed-up country bumpkin, do you?

Granted, that attitude has sound historical grounds: racism is America’s “original sin,” a systematic crime against millions of innocent fellow citizens over hundreds of years.

But times change. Whites who choose open racism today are in for trouble, but you can hate Whites (or perhaps Jews or Asians) and the wind against which you spit will blow less fiercely. You might find a nice job in the Biden Administration, or head a Diversity and Inclusion office at your local university.

Did someone get shut out of Georgetown despite a high SAT score thanks to his skin color? The Washington Post doesn’t care. Did a guest speaker at Yale fantasize about shooting white people? Maybe she just got up on the wrong side of bed. Give her some coffee and all will be well. Is a runaway best-seller full of slurs against European-Americans? Get over your fragility, already.

The social costs of these forms of racism have flipped like magnetic poles. What’s to prevent white racism from becoming trendy again? We need to reject all forms of racism for reasons more enduring than mere fads in social stigma.

Christians have four better reasons to reject racism of all kinds, to some of which non-Christians may say “amen:”

(1) God created all peoples of one blood (Genesis 1-3, Acts 17). And in fact, genetic differences between racial groups around the world are small, confirming the wisdom of this ancient Christian dogma.

(2) Christ died for all. The New Testament makes it clear that that includes Ethiopians, Arabs, Greeks, Spanish and Jews, among others.

(3) Race isn’t the best explanation for disparities anyway. Ideas are — ideas that form culture. We “fight not against flesh and blood,” says Paul (2 Cor. 10:3-5), but against “arguments,” ideas that deceive individuals, cities (Sodom and Gomorrah, Jerusalem, Athens), political groups (Pharisees) and nations. We don’t need race to explain the failures of the Welfare State, the Reservation or Hook-up Culture on campus. The Gospel offers not only a better diagnosis for the ills that afflict corrupt cultures, but real solutions to the fraying of love in our lonely era. They include repentance, discipleship, and service. But one cannot repent of one’s race.

(4) Every culture has virtues as well as vices, even if we have become too terrified to appreciate them. I have spent much of my life on the road, and have been struck by the honesty, courage, hard work, senses of humor, creativity or flair for beauty of different peoples along the way.

If you have not yet come to appreciate people of different cultures, maybe you need to get out more. Possibly you are even a “racist.” But don’t despair. Christ tells us to repent of our sins. We all have some, and we are all called to repent.

And probably, you are not really much of a racist. The devil knows his work. He keeps a few real racists around just to drum up self-righteousness among those who prefer to throw bricks at cops, say, sleep around or skimp on child-support payments.

We harp on racism to distract ourselves from more common faults, like spending our children into the poor house before they are born, or not letting them be born. America is almost too full of sins against Nature, God, economics and mathematics to leave room for the one we yack about most. We use racism as a fig leaf to cover our bare behinds.

Which is another reason not to be a racist. If you wallow in such passé transgressions, you give the rest of us an excuse to go on embracing our own, more trendy sins.

David Marshall holds an undergraduate degree in the Russian and Chinese languages and Marxism, a master’s degree in Chinese religions, and a doctoral degree in Christian thought and Chinese tradition. His most recent book is Jesus is No Myth: The Fingerprints of God on the Gospels.