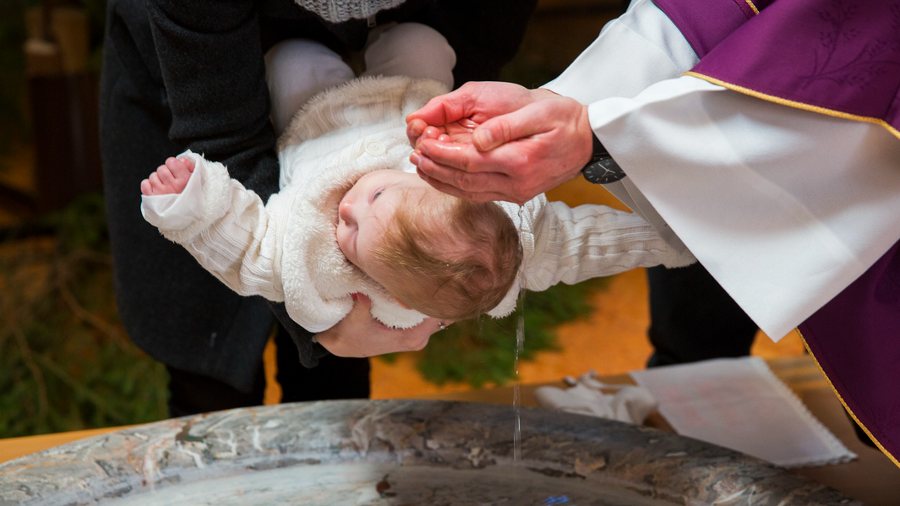 It was on Mother’s Day weekend that the haters of motherhood chose to protest at Catholic churches in America. People who are upset at the leaked opinion indicating that the Supreme Court is poised to overturn the Roe v. Wade decision chose Catholics as the target of their hatred.

Why Catholics? There are many Americans from a range of Christian denominations who staunchly oppose abortion. Nor is the pro-life position limited to Christianity. Buddhists and Muslims oppose abortion, and although the Hindu and Jewish positions are sometimes ambiguous, most Jews and Hindus are opposed to the radically permissive position on abortion in America.

The existence of groups like Secular Pro-Life shows that one doesn’t even need to be religious to be opposed to abortion, and PLAGAL (Pro-Life Alliance of Gays and Lesbians), shows that neither does one need to buy into traditional views on morality to fight against abortion.

Why the Focus on the Catholic Church?

So why the focus on the Catholic Church? Because, despite the decline in organized religion in the developed world, the Catholic Church remains the largest global Christian religion by far. Furthermore, it is the Catholics — both in the leadership and in the pews — who are the most outspoken defenders of the unborn. Popes use their global platform to speak out against abortion in vivid terms. Pope Francis said abortion is like a mafia killing. Pope Benedict XVI and Pope St. John Paul II followed their predecessors in speaking out against abortion. Catholic activists work at many levels not only to oppose abortion, but to support women in crisis pregnancies, give aid to poor families, and encourage adoption of unwanted kids.

It is Catholic Supreme Court justices who will sway the vote to overturn Roe v. Wade and push the abortion question back to the states.

Even bad Catholics like Joe Biden and Nancy Pelosi highlight the true Catholic teaching by their public apostasy. When they speak out in favor of abortion, all true Catholics and those who understand the Catholic faith realize they, and other Catholic politicians like them, are being conscious, public, scandalous hypocrites. Catholic politicians who support abortion know full well what their church teaches, but they stand up in public and challenge that teaching while pretending to be “devout Catholics.”

The Catholic Church has stood against the crime of abortion from the very beginning. So a first century document called The Didache or “The Teaching of the Twelve” records, “Thou shall not murder a child by abortion nor kill that which is begotten.” This teaching is affirmed by other early church writings like The Epistle of Barnabas and The Revelation of Peter. For full information on the early Christian teaching on this issue go here.

Pro-Abortion Thugs Have Another Motivation

While all of this is true, the real reason the pro-abortion thugs protested at Catholic Churches is because of the majority of Catholics on the Supreme Court. Justices Roberts, Kavanaugh, Thomas, Alito, Barrett, and Sotomayor are all Catholic. Gorsuch is a former Catholic, now Episcopalian. Of those seven, Sotomayor is a liberal and will dissent. Gorsuch, as a conservative, will agree with Kavanaugh, Alito, Barrett, and Thomas. Opinions are divided about how Chief Justice Roberts will decide. To summarize, it is Catholic Supreme Court justices who will sway the vote to overturn Roe v. Wade and push the abortion question back to the states.

Thus the fury of the pro-abortion crowd is turned not only toward the Supreme Court justices, but also toward their fellow Catholics.

The Rage Will Wither. Love Will Win.

How should we view the recent rage towards Catholics? Unfortunately, the United States has a poor record when it comes to discrimination against Catholics. Historian Philip Jenkins chronicles the story in his book, The New Anti-Catholicism: the Last Acceptable Prejudice. From the beginning Catholicism was derided and Catholics were discriminated against. This discrimination was first theological, then ethnic.

The Protestant founding fathers objected to Catholic beliefs and confined Catholicism to the colony of Maryland — and at one point even restricted the Catholic religion there. With the waves of immigration in the 1800s, the anti-Catholic feeling took on an uglier ethnic and racial aspect. Catholicism was despised because it was the religion of the Italians, Irish, Poles, and other ethnic minorities. By the 1920s the Ku Klux Klan had picked up the anti-Catholic banner and their hatred led to the murder of The Rev. James Coyle — a Catholic priest in Alabama.

If Roe v. Wade is overturned next month as predicted, will the decision lead to a new wave of anti-Catholicism in America? I don’t believe so. Despite the ugly displays this Mother’s Day and the fury of abortion advocates, I believe the majority of Americans oppose abortion or at least believe there should be more humane restrictions. Most Americans also see the work countless ordinary Catholics do to support family life, help women in crisis pregnancies, and give aid to children in need.

Anyone who has glanced even briefly at Catholic practice will notice the love and devotion Catholics pay to Mary the Mother of Jesus. Catholics are pro-life, pro-motherhood, and pro-children because they see that God’s plan to defeat evil on earth was intimately tied to a woman, a mother, and her child.

America’s extreme abortion industry will wither because most people are instinctively pro-life. They instinctively love their mothers and grandmothers who gave them life. They love motherhood. They love children, and they abhor the crime that destroys that which they love.

Visit Dwight Longenecker’s blog, browse his books and be in touch at dwightlongenecker.com.