Another "conspiracy theory" about COVID vaccines causing heart problems in younger people may well be true, according to MIT. 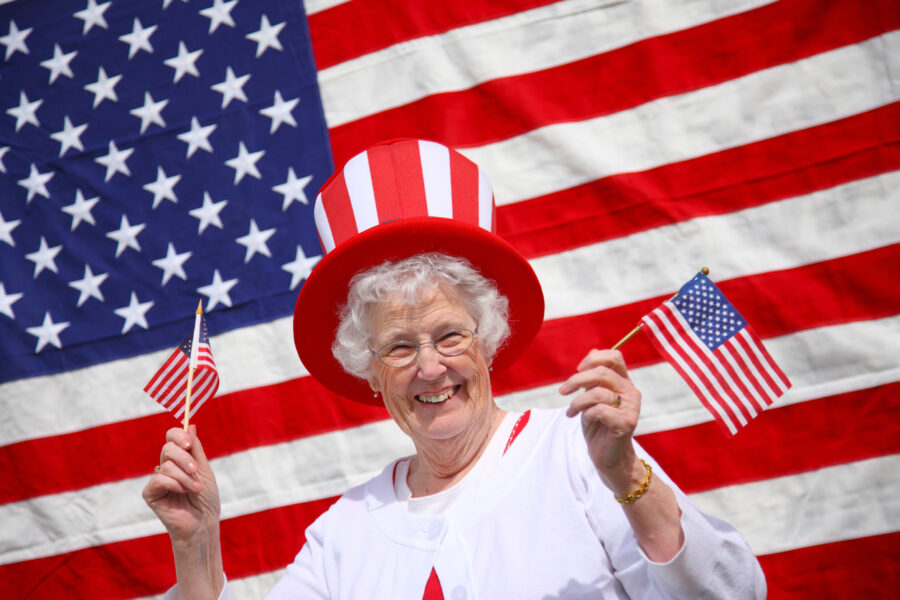 We have a caliente Brew for you today.

Mr. Unity Rips Half of America After Implying a Right to Abortion Comes From Being a ‘Child of God’

Two doozies from Joe Biden in one statement Wednesday as he fought to defend abortion. First, he implied the right to abortion comes from being a “child of God.” He didn’t couch it that plainly, but that’s the connection he was making when talking about rights coming not from government but from God, bestowed on us because we “exist.” See here:

Jerry Dunleavy of the Washington Examiner caught the contradiction: “‘rights I have, not because the government gave them to [m]e, but just because I’m a child of God, [because] I exist.’ He makes this argument to support the right to abort unborn children of God which exist.”

Biden says there are “rights I have, not because the government gave them to be, but just because I’m a child of God, [because] I exist.” He makes this argument to support the right to abort unborn children of God which exist.pic.twitter.com/79XL9afmHU

Biden then described the “MAGA crowd” as “the most extreme political organization that’s existed in recent American history.” That’s right. Mr. Unity considers the 75 million who supported Donald Trump extremists. Worse than the KKK. Worse than Neo-Nazis. Worse than the black nationalist movement that has been connected to a string of terror attacks since the Waukesha Christmas parade massacre. Certainly far worse than ANTIFA, even as ANTIFA attacked a GOP political rally this weekend and rioted Tuesday night in Portland.

Ahead of last night’s #Antifa riot in Portland over abortion, they gathered in front of the federal courthouse & created a mini autonomous zone with blockades. At night, they smashed up buildings, businesses & started fires. Video posted by @StanPulliam: pic.twitter.com/vrkG4u42W7

Hooded terrorists, okay. Your happy neighbor in a MAGA hat, they’re baaaaaaaaaaaaaaad. The baddest of the baddies, says the President of the United States.

You can hardly recognize the guy who talked about unifying the nation. But then again, Biden can’t even recognize himself. On Monday he offered this ditty: “There have not been many senators from Delaware. It’s a small state. Matter of fact, there’s never been one.”

For the record, there have been two senators from Delaware since 1789. And for 36 years, one of them was named “Joe Biden.”

Biden during ceremony for Paralympic athletes:

Wise voices say the battle for life isn’t so much about overturning Roe v. Wade as changing minds about abortion. And it’s working.

Even more significantly, given the hysteria over Roe potentially set to be overturned, this 11.4 number is well below the 13.5 rate in 1973, the year Roe v. Wade was decided.

Let that sink in: There is a lower rate of abortion today than there was before Roe v. Wade. Fewer women (and girls) are having abortions. For women aged 15-44, the abortion rate has dropped 21% since 2010.

Quoting the report: “Meanwhile, the teen abortion rate has dropped sharply. In 2014, girls and women ages 15 to 19 accounted for 12% of all procedures.”

Funny, They Don’t Talk About Abortions When Wailing About the Possible Roe Reversal

Do you notice in all the hysteria over the leaked SCOTUS opinion overturning Roe that the pro-abortion forces rarely actually talk about abortion?

A big advantage the Right has in the abortion debate is that they can state their opinions clearly and in public. The Left needs to fog the argument to include unrelated topics such as marriage rights. (Laundry List Persuasion.)

This is my observation, not my abortion opinion.

You hear “women’s health care,” “reproductive health,” loss of freedom. Rarely “abortion.” And certainly they don’t talk about the abortion on demand for any reason up to birth that the left is pushing.

They also claim overturning Roe will lead to the overturning of same-sex marriage, the outlawing of homosexuality, bans on contraception.

Reading through the leaked decision. Alito makes it clear that Obergefell and Lawrence will be overturned. This means same sex marriage will be illegal again in 30+ states, and homosexuality illegal in 12. It's not if, but when. This is a stage 5 cancer diagnosis for LGBT rights.

The Chinese-spy-shagging Rep. Eric Swalwell even declared that Republicans are out to outlaw interracial marriage. (Still sucking up to Fang Fang, Eric?)

These are flat out lies. The draft opinion by Alito explicitly rules out that an overturning of Roe would apply to any situation other than abortion. Alito makes clear abortion is unique because it involves the termination of another life.

What sharply distinguishes the abortion right from the rights recognized in the cases on which Roe and Casey rely is something that both these decisions acknowledged: Abortion destroys what those decisions call “potential life” and what the law at issue in this case regards as the life of an “unborn human being.” …

And to ensure that our decision is not misunderstood or mischaracterized, we emphasize that our decision concerns the constitutional right to abortion and no other right. Nothing in this opinion should be understood to cast doubt on precedents that do not concern abortion.

Because of the outrage of the leak, etc. Alito's opinion has not (yet) gotten enough credit for being an utterly persuasive and accessible piece of legal reasoning. Notice the social media screamers aren't engaging his arguments.

John Paul Mac Isaac, the Delaware computer repairman who turned over Hunter Biden’s abandoned laptop to the FBI, and later Rudy Giuliani, only to see his life and business ruined is fighting back. Isaac is suing CNN, POLITICO, Daily Beast and Rep. Adam Schiff for defamation. Issac says they falsely accused him of peddling Russian disinformation.

Isaac wants his suit to also expose the 51 intelligence community officers who conspired to dishonestly discredit the laptop in order to impact the 2020 election.

How about that? Another “conspiracy theory” that would get you suspended or threatened on Twitter seems to have been proven true. The jab can lead to heart problems in younger people. It may not be a coincidence all those soccer players are suffering heart attacks.

COVID-19 vaccination was “significantly associated” with a 25% spike in heart-related emergency medical services in 16-39 year-olds in Israel. This according to a peer-reviewed MIT study published in the Nature journal Scientific Reports. Israel is among the most vaccinated populations on the planet.

“While not establishing causal relationships, the findings raise concerns regarding vaccine-induced undetected severe cardiovascular side-effects and underscore the already established causal relationship between vaccines and myocarditis, a frequent cause of unexpected cardiac arrest in young individuals.”

So maybe forcing young people and others at low-risk from COVID to take the jab was not the smartest idea on the planet. And the people who were warning of the risks of myocarditis in healthy youths should have been heeded, not silenced.

UPDATE: Dolly Parton is Going to the Rock-n-Roll Hall of Fame After All

Country icon Dolly Parton is heading to the Rock-n-Roll Hall of Fame after all. Dolly originally turned down the nomination because she didn’t feel she earned a place. However, Dolly was convinced to reconsider and has now been officially voted in. She joins a class that includes Pat Benatar, Duran Duran, rapper Eminem, Eurhythmics, Carly Simon and Lionel Ritchie. Yeah, “Easy Like Sunday Morning” Lionel Richie.

In honor of Dolly … and to get the heart pumping on a Thursday morning:

John Zmirak fires off a passionate “In the Beginning, Abortion Was Murder.”