Why Are Gas Prices Falling?

Does Biden deserve credit or does the second law of demand explain our less painful trips to the pump? 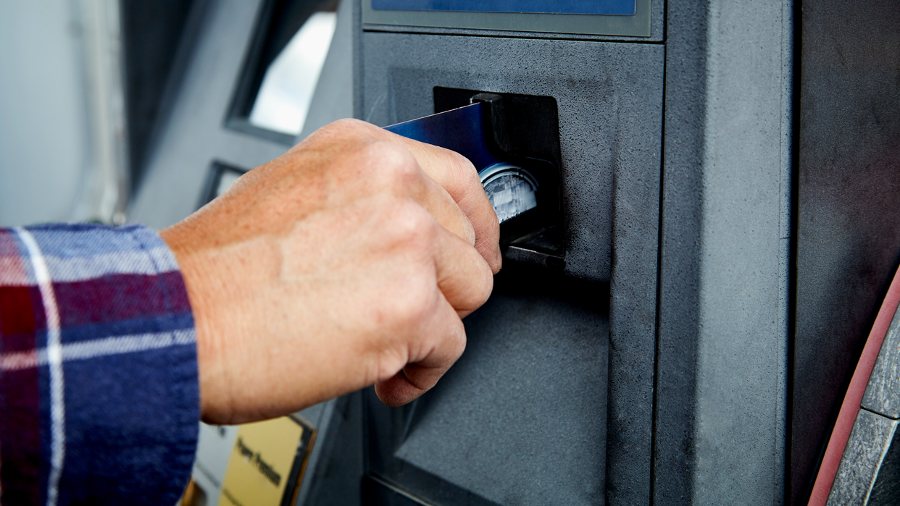 Anyone who has a car is breathing a sigh of relief this last week. After two years of increasing gas prices, we’ve finally had a significant fall in gas prices.

Since the current administration has taken a great deal of heat over high fuel prices, perhaps it’s no surprise to see the White House taking credit for the lower prices. Earlier this month, President Biden noted that gasoline prices had fallen for 30 consecutive days.

“Our actions are working, and prices are coming down,” Biden said days later.

However, there is little evidence to indicate the majority of the price drop is due to any particular policy change.

This leaves us with an important question. Why exactly are prices falling?

Several outlets have undertaken the task of explaining this price decrease. Some seem to have arrived at an answer that is in the right direction.

A report by ESAI Energy, an analytics firm, said on Wednesday that the firm expected a global surplus of four million barrels a day in the roughly 100-million-barrel-a-day market in the second quarter. ‘This is a significant drop in demand,’ said Sarah Emerson, ESAI president.

In other words, the oil purchasing decisions are falling below what the oil industry expected. Four million less barrels a day are being utilized than industry experts had anticipated. The Times continues:

An Energy Department report released Wednesday showed that gasoline demand in recent weeks had dropped by 1.35 million barrels a day, or more than 10 percent. A recent survey from AAA seems to back this up, highlighting that two thirds of Americans have claimed to have changed their driving habits since the price increases.

There are several problems with this explanation, but the problems manifest in one particular issue. Neither of these articles gives a satisfactory answer for why demand would be falling.

In order to understand why demand is changing we first need to eliminate a fallacious reason. It might be tempting to say demand is falling because the price is high. In fact, the MarketWatch article seems to suggest this explanation. But this claim is wrong.

It’s true that when the price of gas (or any good or service for that matter) rises, people will purchase a smaller quantity of that good or service. Economists call this the first law of demand.

In fact, committing to this explanation that higher price leads to lower demand is contradictory because it would be akin to saying “higher prices cause lower demand which causes lower prices.” This circular reasoning is confusing and incomplete at best.

MarketWatch and The New York Times missed it by that much.

I believe the outlets are right to pinpoint changing demand as the relevant factor for falling prices, and they’re right that higher prices are part of the story, but the explanation is missing the most important part.

To see what’s really going on, consider an example.

Imagine you’ve booked your vacation for the summer and you’ve decided to do a cross-country trip in an RV. The RV is rented, you’ve put in for vacation days at work, the insurance is covered, you’ve paid for tickets for sights and attractions, and your family is packed and ready.

You go to bed and gas prices are $2/gallon. The next morning you pull into a gas station with the RV and the price has skyrocketed to $4/gallon. The cost of your travel has doubled.

Do you cancel? In some cases the answer could be yes, but for many people the higher cost of gas is less than the cost of planning an entirely new vacation and executing the plan within a day. The cost of doing the logistics of canceling bookings and organizing something to do with your vacation days is high on short notice.

Now imagine a different scenario. You’re six months out from your trip and gas prices skyrocket to $4. You haven’t rented an RV or put in for vacation days. You assume gas prices will stay high until your vacation. Do you change your vacation plans? It seems likely.

The answer isn’t certain, but what we can say with certainty is that it’s more likely that someone will change vacation plans in the second scenario with six months notice relative to the first scenario with no notice.

Why? Simply put, it’s more costly to find substitutes in the short run than in the long run.

This illustrates a principle called the second law of demand which states that people are relatively more responsive to price changes in the long run than in the short run. Economists call this responsiveness “elasticity.”

Or, as the late and great economist Walter Williams put it, “demand curves are relatively more elastic in the long run than in the short run.”

With this insight in hand, we are now equipped to give a more robust explanation for falling gas prices.

To begin, gas prices increase substantially. It’s too costly for people to substitute their gas usage in the short run. You still need to drive to your vacation, work, or church the next day if gas prices go up. But, as more time passes, there is more ability to cheaply discover alternatives like bus routes, carpool situations, financing for electric cars, or telework options.

In the case of vacations you could substitute your RV trip with the “staycation” option, which is growing in popularity given you have time to plan.

Then, as more people substitute these options for gas, gas stations face a new lower demand. Again, this doesn’t occur immediately because it’s costly to make these substitutions in the short run.

Admittedly, confirming this theory as the number-one cause of falling gas prices would require significant statistical work, but the theory is consistent with the basic facts of lower demand and the time that’s passed since gas prices have risen.

Is it possible that releases of supply from the government’s Strategic Petroleum Reserve have had some impact? It certainly should make some difference, but as the articles above indicate, the basic evidence seems to show demand changes are the driver here — not supply changes.

Even Biden’s own Treasury Department estimates the U.S. strategic reserve release to have impacted prices from 13 cents to 33 cents with a little more potentially due to international releases. This upper estimate, based on very generous assumptions, still leaves about half of the price drop unexplained.

And even without statistical testing, the second law of demand is an economic law which means it certainly plays some role in the more responsive demand, everything else held constant.

It’s not clear that we’re out of the woods on inflation yet. However, I remain confident that consumer-side substitutions and supplier-side innovations will continue to work to make gas prices more affordable — so long as meddlesome regulators stay out of the way.