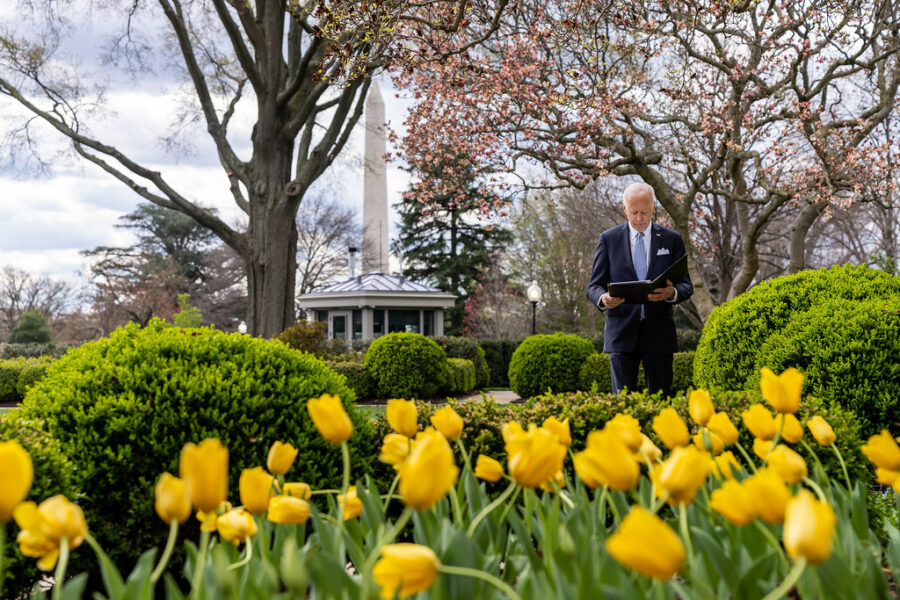 "Wait, does it say I'm supposed to take a left to get back to the big white house? My left or the house's left? Who lives here anyway?"

Good morning, after a rough day.

No doubt you join The Stream in praying for the families and survivors of the wickedness in Uvalde, Texas.

What could possibly compel an 18-year-old to open fire on innocent elementary school kids? Speculation will abound, and somehow we’ll be blamed. And, of course, the killer’s tools will be targeted. (Nobody outlaws fingers because of pickpocketing.) But mostly, we grieve at the horror of it all.

In the wake of the Parkland school shooting, The Stream published something that came from so deep in my heart I feel I transcribed it, rather than wrote it. It seems just as timely this morning. It’s called “Why Are You Surprised?”

Primary Highlights: Georgia on My Mind

In Georgia, the Trump-backed David Perdue lost his gubernatorial bid against incumbent Gov. Brian Kemp. Meaning, of course, that the GOP establishment has finally broken the back of Donald Trump’s hold on the Republican Party, and that’s that for Big Bad Orange. Believe me, that’ll be the headline today. Never mind Trump’s won-loss ratio is akin the Harlem Globetrotters.

Also in Georgia, Trump-backed football legend Herschel Walker won the GOP nomination for the U.S. Senate. He’ll square off in November against incumbent Raphael Warnock. Two African-American men will compete to serve in the nation’s greatest deliberative body… while Stacey Abrams complains about how racist Georgia’s election system is.

Incidentally, Abrams also won the Democratic primary for Governor. So it’s a rematch between Abrams and Kemp. Abrams will announce her decisive victory in the race later this morning. No need to actually vote.

Despite a national effort to knock her off by any means necessary, Marjorie Taylor-Greene easily won the GOP primary for Georgia’s 14th District.

Meanwhile, down in Arkansas, former White House Press Secretary Sarah Huckabee Sanders is one step closer to having her dad’s old job. Sanders won the GOP nomination for governor.

Biden Likes the Hikes? Celebrates the ‘Incredible Transition’ Away From Fossil Fuels

Bill Clinton: “I feel your pain.”

Joe Biden: “I enjoy your pain.”

You know those Joe Biden stickers people are putting on gas pumps that say “I did that”?

Might want to add the words, “And I’m proud of it.”

While in Japan, Biden celebrated what he called the “incredible transition” caused by the skyrocketing gasoline prices. His exact words:

“Here’s the situation. And when it comes to the gas prices, we’re going through an incredible transition that is taking place that, God willing, when it’s over, we’ll be stronger and the world will be stronger and less reliant on fossil fuels when this is over.”

Two of the top GOP contenders for Michigan governor have been ruled ineligible after failing to submit enough valid signatures to make it on the ballot.

According to the state Bureau of Elections, both Detroit Police Chief James Craig and businessman Perry Johnson were done in by petitioners who obtained nothing but invalid or otherwise unusable signatures.

Yes, Democratic-run Michigan … which illegally revamped election rules in 2020 and wanted to disbar any attorney who pursued election fraud cases… has found a way to eliminate the two biggest threats to Gov. Gretchen Whitmer.

“Criminals can commit fraud for money or by purposely infiltrating a victimized campaign with illegitimate signatures in a Machiavellian attempt by the opposing party to later have them removed from the ballot,” Johnson said in a statement. “Unfortunately, the signatures provided to campaigns cannot currently be checked until after their submission to the Secretary of State. This needs to change, immediately.”

As long as Whitmer and allies run things, it won’t.

Georgia gubernatorial candidate Stacey Abrams must have had some brain cells altered during her stint as President of the United Federation of Planets on Star Trek. She’s been screaming that Georgia’s new election law would suppress the vote. Lo and behold, Georgia is seeing record voter turnout.

But Abrams insists that doesn’t matter. That there is “no correlation” between voter turnout and voter suppression. Somehow voters are being suppressed even when they vote.

She’s even mad at liberal media outlets who are reporting on the high turnout. She says these outlets are pushing the new Republican “big lie” that the new Georgia law isn’t “suppressive.”

Dramatically expanding the vote is suppressive. War is Peace. Up is down.

Last week, monkeypox was going to be the next rage. The next excuse used to clamp down on American freedoms.

(See Fred Lucas’ interview with a former CDC Director on why monkeypox is not the next COVID-19.)

However, on Monday, the World Health Organization announced it has found a correlation between the monkeypox spread and male homosexual sex. Most of the roughly 200 confirmed cases in North America and Europe can be linked to sex among men.

Technically, it is not a sexually-transmitted disease, the WHO was quick to point out. But is spread by close physical contact or linens touched by an infected person.

The question: Will the media talk about there being a correlation between the monkeypox spread and gay sex? Or will the monkeypox worries simply fade out of the news cycle … like everything else that doesn’t fit a woke agenda?

And Michael Brown declares “As Evangelical Christians, We are Bringing Reproach to the Name of Jesus.”