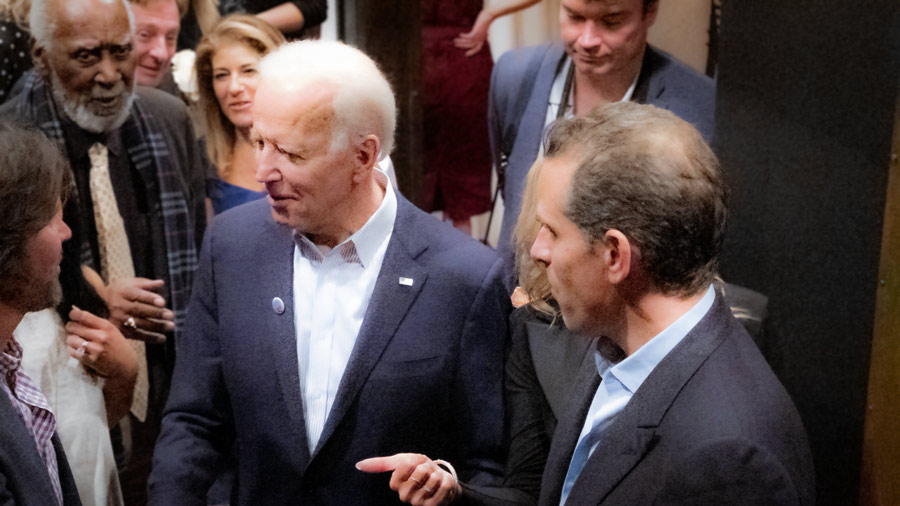 Never mind President Biden’s outrageous lies about never even speaking to his son Hunter about Hunter’s foreign business dealings. We already knew that wasn’t true, but the real story is even worse, according to a new whistleblower report. President Biden, this person said, had direct knowledge of his son’s foreign business dealings while he was Vice President and was even a participant in a conference call in the spring of 2012 involving Hunter, Hunter’s business partner Jeff Cooper, the late Sen. Harry Reid, and Reid’s son Key Reid.

The alleged call was about a new online gambling venture in South America called Ocho Global, which was operating in Mexico, Peru, Uruguay, and Argentina and which the Vice President of the United States certainly should have had nothing to do with. “Joe was active on the call,” said the informant, and was discussing details of the business. (Remember, this was back in 2012, when Joe was somewhat more lucid.) He seemed to be taking the role of “silent partner” in the business, or “like a member of the Board of Directors,” this person said. According to him, Biden was focused on “when the company would become profitable.”

“Joe, in particular, was centered on the returns that would be expected in the family coffers.”

Harry Reid asked whether or not the Peruvian government had been taken care of. Cooper replied that it had been taken care of; the Peruvian cooperation was in place. That’ s when Joe Biden said, ‘That’s what we need to hear more of, boys. We need to be making progress,’ or something like that. Just an effusive comment that was endorsing that he was happy that things were proceeding.

He had all sorts of questions about other stuff. ‘Do we need to be doing other things with government officials? What do we need to do to get this moving ahead?’ He asked about what the revenue projections were and how soon the Ocho Rio software…could be demo’ed.

According to Breitbart News, there are emails from Hunter showing that Cooper valued the gambling business at around $30 million in 2011. Its Argentina component was worth $10 million in March 2012. Breitbart has more financial details. It’s not known from this if Joe Biden personally was to receive financial compensation on the deal.

Will the Whistleblower Be Heard?

This whistleblower has identified himself to Senate investigators but has otherwise asked for anonymity out of fear of retribution. I wonder how long he can maintain anonymity if he was one of the people on the conference call. He’s speaking as someone who was listening directly.

As you know, the investigators in Delaware looking into Hunter Biden’s tax and business affairs never did call former business partner Tony Bobulinksi, which calls into question the seriousness of their investigation. Since that grand jury reportedly has been disbanded, they apparently won’t be hearing from this individual either.

Josh Boswell at the U.K. Daily Mail broke the story. (Notice that if it’s not the New York Post, it’s typically the British press that breaks stories like this.) The alleged call was not recorded, and Cooper has told them that such a call with the Vice President or the late senator did not happen and was a “complete fabrication.” But Daily Mail reports that they have independently verified that this whistleblower was involved in Cooper’s businesses “for years” — including the time this conference call would’ve taken place. We shall see.

Key Reid, Hunter Biden, and the White House have not responded.

Presumably, neither has Harry Reid.

We subscribe to the principle of “innocent until proven guilty” around here, and whistleblower testimony alone should be considered highly suggestive but not conclusive proof. However, we already knew that President Biden has repeatedly lied about having no involvement in his son’s businesses, and it’s easy to demonstrate that he was lying, just from some of the documents and photos on Hunter’s laptop. But this story, if true, takes his involvement into a new area and shows how active it was.

As a postscript, we happened to stumble upon this story from 2021, with the headline “Biden Administration Likely to Boost Online Gaming, Sports Betting.” Pretty amusing in context.