The Transgender Juggernaut: When Sanity Became a Crime 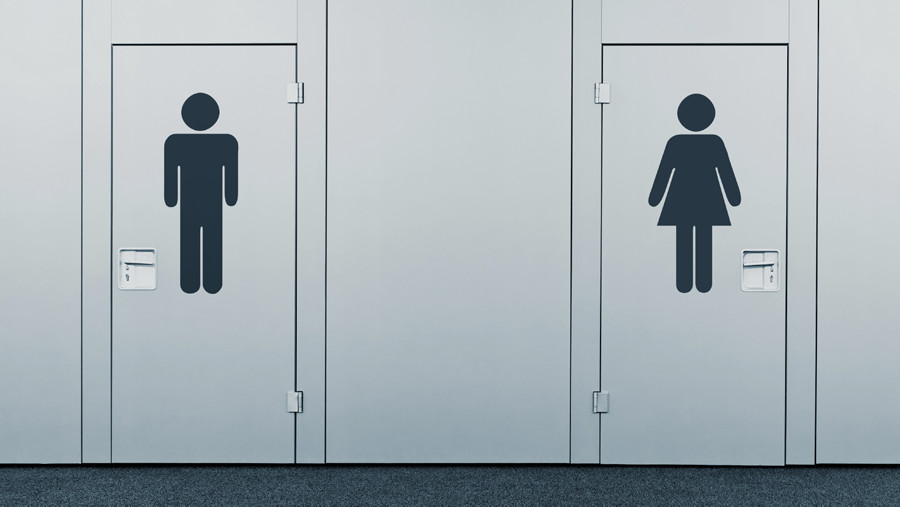 Writing for the National Review in 2014, Kevin Williamson had the gall to claim that the transgender star Laverne Cox was “not a woman.” Not only so, but Williamson continued to refer to Cox as “he” throughout his article.

Then, referring to Katie Couric’s interview with Cox in which she infamously “asked him about whether he had undergone surgical alteration,” Williamson wrote, “and God help her if she had misdeployed a pronoun, which is now considered practically a hate crime.” Again, that was in 2014. Today, in some states, it is a crime to “misdeploy” a pronoun, which would mean referring to Laverne Cox as he rather than she.

In fact, it can cost you dearly. Earlier this year, I reported how, in New York City and Washington State, “Being Found Guilty of ‘Transphobia’ Could Cost You $250,000.” Punishable offenses include forbidding a man who identifies as a woman from using the ladies’ locker room at the gym or referring to that same man as “he” at work rather than calling him “she.”

But it gets worse. As recently reported by law professor Eugene Volokh, “You can be fined for not calling people ‘ze’ or ‘hir,’ if that’s the pronoun they demand that you use.”

Yes, he explains, “people can basically force us — on pain of massive legal liability — to say what they want us to say, whether or not we want to endorse the political message associated with that term, and whether or not we think it’s a lie.”

And what about young people who don’t want to be forced into a specific gender category and say instead, “Call me Tractor”? And why did Facebook have to add “Fill in the blank” after 50 gender options were not considered enough by transgender activists?

My colleague in Australia, Bill Muehlenberg, just posted a chilling article listing the latest examples of “Trans-madness.” One of the most disturbing examples is a bill put forth in Canada “that would prohibit discrimination on the basis of ‘gender identity’ or ‘gender expression’ and make anti-transgender ‘hate propaganda’ punishable by up to two years in prison,” the whole problem being that articles like this (or like Williamson’s or Volokh’s) could readily be classified as “hate propaganda.”

Even more disturbing was the editorial in the Charlotte Observer, which stated, “Girls need to get over the ‘discomfort’ they may feel at seeing male genitalia in the locker room,” just as in the past whites had to get over the discomfort of sharing facilities with blacks.

What a horrific, abusive and dangerous position to take, especially for a major newspaper.

Muehlenberg also pointed to the “most dangerous, and underreported, part of Obama’s transgender edict,” namely, “under the Obama administration’s federal guidance:

This is absolute cultural madness, and it must be firmly resisted. Muehlenberg provides one devastating example after another, closing with the account of a woman named Melissa who made a shocking discovery when she went to her 24 Hour Fitness gym in Seattle during a lunch break.

As she explains, “when I went into the locker room to change, I saw a man… Completely naked. I quickly turned around in a panic thinking I had walked into the men’s locker room instead of the women’s. Nope, I was in fact in the women’s locker room. With the change of policy I knew there was nothing I could do. …”

“I ended up going in the back to the shower and toilet area where I found all the rest of the women in the locker room. We all had the same idea… To get changed in the bathroom stalls instead of in the open area for privacy.”

“None of us had the courage to speak to management about this either for the fear that we would be labeled something we are not. This has nothing to do about being for or against the LBGT community. It’s the fact that we don’t feel comfortable seeing a man in our dressing room and that we have no way to tell if he is going to take advantage of the new policy or us. It was extremely uncomfortable.”

Extremely uncomfortable would be a massive understatement, especially for women who have suffered some kind of sexual abuse in the past.

For some time now I have been saying that LGBT activists would overplay their hand, and these recent developments are a glaring, undeniable example. But will we wake up to reality or we will slumber on?

In December, 2014, I wrote an article titled, “Why LGBT’s War On Gender Must Be Resisted,” yet I would say that, for the most part, it fell on deaf ears. One month ago, I wrote that, “It’s Time to Stand Up to Transgender Activism,” which was followed one week ago by, “A Call for National Civil Disobedience to Obama’s Public School Transgender Bathroom Mandate,” and that call has since gone viral.

Thankfully, others are raising their voices with clarity, with David Limbaugh writing, “Resisting Obama’s Transgender Directive: A Hill to Die On,” David French penning, “Transgender Extremism – Two Videos Show How Quickly the Absurd Became Accepted, Then Mandatory,” and Eric Metaxas stating, “A Line in the Sand Has Been Crossed: Five Things You Can Do About Trans Restrooms.”

In the past, some wondered why I and others have been warning about these things for so many years, but they are wondering no more. We have come to a time of absolute social insanity, when refusing to call someone “ze” could cost you $250,000, when a major newspaper tells teenage girls to get over their “discomfort” of seeing naked men in their shower stalls, when grown women don’t dare protest the presence of a naked man in their locker room for fear of being branded bigots, when college officials could face a federal lawsuit for informing a young woman that her new roommate is actually a biological male.