When Politicians, the Media, and the Parties All Lie

The dangerous temptations of "Gotcha!" arguments 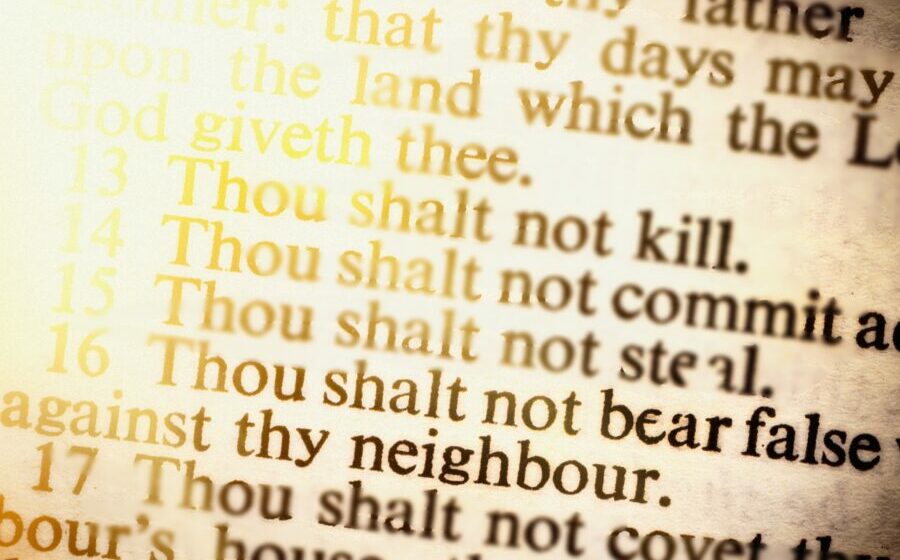 Her critics did it to new Supreme Court justice Amy Coney Barrett. They did it with glee. They’d got her. Exposed her hypocrisy, her deceit, revealed who she really is.

That was the reaction among a segment of Christians when Barrett voted to vacate a stay of execution for a convicted kidnapper-rapist-murderer named Orlando Hall. The Supreme Court was his last chance and six justices voted no. The government executed him late Thursday night.

This proves she isn’t really pro-life! her critics said. Everyone thinks she’s a good Catholic, but she’s a bad Catholic who rejects the Church’s teaching on the death penalty! And — this is the part that made some of them happiest — she even contradicts what she once said about it! Gotcha! The ones I read love to attack “the old pro-life movement” and despise Donald Trump. Exposing Barrett gave them a great way to hit both at once.

It’s a complicated story, but basically, her critics took 40 words out of a 22,000 word paper to make her look like a hypocrite. I explained it here if you want to know the details. She said pretty much the opposite of what they said she said. They didn’t take the time to find out what she’d said in the other 21,970(ish) words. The chance to trash her was too good to check.

Their “Gotcha, Bad Barrett!” was a cheap shot. And worse, a kind of lie. When you say “Gotcha!,” you’re saying as definitely true something you don’t know to be true but want to believe is true, therefore you say it without the most elementary effort to find out if it is true. You just say it.

It’s Easy to See, But Not Always 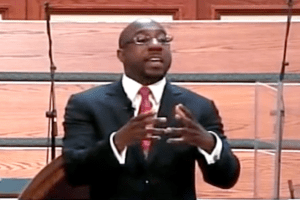 “You cannot serve God and the military,” said Raphael Warnock in a sermon he preached in 2011. He’s a pastor running as the Democratic candidate against Republican senator Kelly Loeffler. They’re competing to fill the last two years of the previous senator’s term. That’s one of the two Georgia seats crucial for the Republicans to hold the senate.

At least five Republican senators tweeted the line as a “gotcha!” Mario Rubio wrote, “Not shocked #Georgia Democrat Senate candidate Raphael Warnock said ‘You cannot serve God and the military’ at the same time. These & even crazier things is what the radicals who control the Democratic party’s activist & small dollar donor base believe.”

Florida’s other senator, Rick Scott, tweeted “@ReverendWarnock ‘nobody can serve God and the military.’ This is a disgrace. Every Senate Democrat should be asked whether they agree with Warnock. Every. Single. One.”

Loeffler herself jumped on him too. “I’m the daughter & granddaughter of veterans, and proud to serve on the VA Committee,” she tweeted. “@ReverendWarnock—this is despicable, disgusting, and wrong. You owe our active military & veterans—who sacrifice so much for our country—an immediate apology.”

Tom Cotton and Marsha Blackburn tweeted the same kind of thing. Other Republicans did as well. It was a great “Gotcha!” line.

Which, readers will realize, is simply an expanded version of what Jesus says in Matthew’s gospel: “No one can serve two masters, for either he will hate the one and love the other, or he will be devoted to the one and despise the other. You cannot serve God and money.”

So, according to three Republican senators, Jesus’s words were crazy, a disgrace, despicable, disgusting, and wrong. Which I wouldn’t want to say, even if it got me or my ally elected to the U.S. Senate when control of the Senate hangs in the balance and you’re worried a liberal Democrat will soon be president.

Warnock explained his words: “What I was expressing was the fact that, as a person of faith, my ultimate allegiance is to God. Therefore, whatever else that I may commit myself to has to be built on a spiritual foundation. The folks in my congregation, many of whom are veterans, weren’t confused at all about the message that day. That when you commit yourself to something larger than yourself you become better at that — whether that is serving in the military or serving in the U.S. Senate.”

It seems straightforward. Even Fox News subtitled its story “Reverend called on America to turn away from the pursuit of power in favor of a life of service.”

Of course politicians lie. They leap to lie when the lie gives them an advantage. Many seem to have people on their staffs — especially the people who send out their tweets — who live to lie, because all they care about is getting the advantage. Christians more than anyone cannot join them. We can’t use “Gotcha!” arguments unless we know they’re completely fair and true.

Because we can’t lie. The commandment against bearing false witness is as absolute as all the others. It does not allow exceptions, no matter how desperately needed the lie seems. The Catechism of the Catholic Church explains that we cannot lie because we love and serve God who is pure Truth. The commandment “forbids misrepresenting the truth in our relations with others. This moral prescription flows from the vocation of the holy people to bear witness to their God who is the truth and wills the truth. Offenses against the truth express by word or deed a refusal to commit oneself to moral uprightness: they are fundamental infidelities to God.”

The great Evangelical teacher J. I. Packer says that Scripture views lying with “horror.” He titled the chapter on the ninth commandment in his book Keeping the Ten Commandments “Truth is Sacred.” Not just useful or good, and definitely not negotiable or bendable, but sacred.

He notes that the words used in the two places the Ten Commandments appear mean “untrue” in the first use and “insincere” in the other. The second “forcibly reminds us,” he says, “that exaggerations, half-truths, and misleading silences can all in effect be lies.” That would include, I think, “Gotcha!” arguments when the speaker doesn’t try to find out the truth before heaving the accusation.

“When you lie to take someone down,” like defeat them in an election, “it is malice,” Packer writes. “When you lie to impress, move, and use him,” like get him to vote for you, “it is pride.” The dishonest “Gotcha!” argument expresses both malice and pride.

The reason we lie doesn’t matter, Packer continues. “Thou shalt not” means “Thou shalt not.” “The lie as such, however necessary it appears, is bad, not good, and the right-mined man knows this.” He knows how far even a single lie takes him from God. “Rightly will he feel defiled, rightly will he seek cleansing in the Blood of Christ.”

Politics pushes on us many reasons to lie. Many apparently good reasons to lie. Especially when lying will help us win. Christianity unfits us for modern politics. That means we have to be meticulously careful to treat our opponent fairly and only to speak the absolute truth when we speak about him. We must do unto the other candidate as we would have his pIn desperation, people do unto ours.

As Jesus notes in Matthew’s Gospel, “For if you love those who love you, what reward do you have? Do not even the tax collectors do the same? And if you greet only your brothers, what more are you doing than others? Do not even the Gentiles do the same? You therefore must be perfect, as your heavenly Father is perfect.”

We could say, speaking about politics today: “If you’re only fair to the people you agree with, what value is your word? Doesn’t even the New York Times do the same? And if you only fact-check attacks on your party’s candidates, who can trust you? Even the Democratic National Committee does that.”

For David Mills’s obituary of his old friend J. I. Packer, see J.I. Packer, Man Who Told Us a Difficult Truth, RIP.

Note to Senator Rubio: We Can’t Agree on the Common Good Without Common Ground