A tribute to the Evangelical patriarch and good man, James Innell Packer, who died on Friday 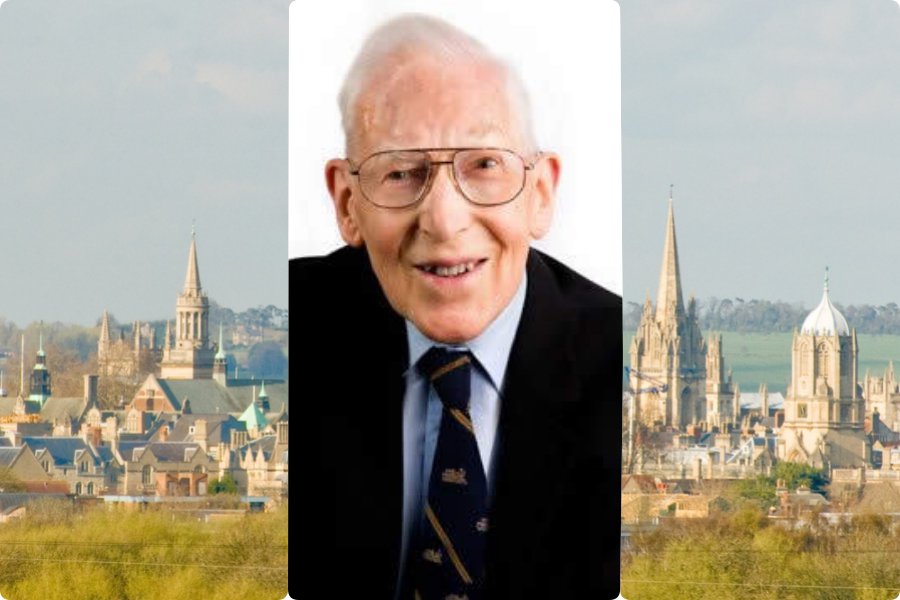 They were doctors and lawyers and such. People who’d had to study hard and keep studying to do what they did for a living. They told my friend they really wanted to know Christian teaching at a deep level. They knew they needed to know it to live for Christ as they wanted to. The leader of the group, one of the town’s leading lawyers, asked him to lead a weekly study group, because he had a doctorate in theology.

He assigned C.S. Lewis’s Mere Christianity, hoping they wouldn’t think it too basic. The book began as a series of short radio talks aimed at secular Englishmen who didn’t know much if anything about Christianity. As teaching goes, it’s close to a driver’s ed class, when the instructor has you drive around a big empty parking lot. It’s easy to learn. The first couple of weeks went well, he thought.

And then the lawyer called him. “Bob,” he said, “you’re an intellectual. You don’t know what laypeople need. This book is way over everyone’s heads.” And then fired him. My friend reported that the group turned to one of those books that tell you over and over that Jesus will make you happy.

The great Evangelical theologian J.I. Packer, who died on Friday at the age of 93, fought that idea his whole life. If we truly want to love God, we must know him. And that takes work.

In its obituary, Christianity Today describes him as “a humble man who repudiated the success ethic.” He was hugely successful, but not by trying to be. In fact, by pushing Christians to do something a lot of them didn’t want to do, and that was study the Faith, and study it hard. A lot of people, like my friend’s study group, say that they want to know, but they don’t. 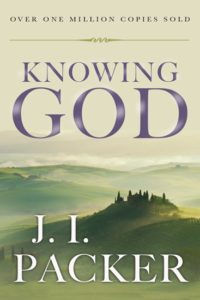 The writer of the obituary, Wheaton College professor Leland Ryken, explains: “Packer believed that the Christian faith is based on clear thinking while at the same time engaging the heart.” He helped Christians “concern themselves with the right things. Packer’s list of priorities included the Bible, the church, correct theology, holiness in life, and vocation. The reason Packer wrote on such a broad array of subjects is not only that he had an active and capacious mind but also that he was concerned that Christians think correctly on all subjects that relate to life. Packer had a passion for truth in every sphere.”

I’d known Jim Packer for almost forty years, Here’s my Catholic appreciation of the great man. It includes stories of his forceful rejection of Catholic teaching, which I admired. It was another example of his commitment to the truth as he saw it. And therefore, though I think he was quite wrong, an act of love for God. And for me as well.

He was gentle about it, though. He was always kind to me, even when I went, as he must have thought, very wrong in entering the Catholic Church. Jim loved people as much as he loved truth. A Presbyterian pastor tells me that many years ago, as a church intern, he drove Packer around. “One older man in the church had been very annoying,” he said. After asking about him, Packer said, “I’m sure that his heart is made of gold, but I fear his head is made of quite something else!” I could hear him say that. He had a generous view of the other person’s heart, but amused realism about the person’s mind.

His love of truth seems to have come with his own conversion. He tells the story in this interview. As a schoolboy, he thought himself a Christian and didn’t think twice about it, until another student tried to convert him to Unitarianism. He decided Unitarianism didn’t make a lot of sense and began to read and study and reflect. C.S. Lewis’s Mere Christianity influenced him. “I was beginning to think,” he says.

Jim titled what wound up being his most famous and bestselling book, Knowing God. It sold a reported 1.5 million copies. It’s a rich book, but also a dense one. My friend’s study group would have fired him even faster had he assigned it rather than Mere Christianity.

“Packer by name, packer by nature,” Jim once told me, when I’d told him I couldn’t summarize one of his books because I wound up writing down nearly everything he wrote. The book was his early Evangelical classic “Fundamentalism” and the Word of God. I’d been trying to outline the book, as I was giving the last address in a conference he was keynoting.

To Enlarge Our Acquaintance

That insistence we really learn is his greatest legacy, I think. Like the people in my friend’s study group, we like to think we want to know. Until we have to turn off the game or stop being ticked off by Facebook posts and pick up a book. Maybe one as dense as Knowing God. Then maybe not so much.

But that’s what we really want, Jim believed. Every child of God wants to know him better, he wrote in the first chapter of Knowing God. He pointed to Psalm 119, when the psalmist says “How sweet are your words!” They’re so sweet because they lead us to Sweetness itself. “Our aim in studying the Godhead must be to know God himself better,” he explained. “Our concern must be to enlarge our acquaintance, not simply with the doctrine of God’s attributes, but with the living God whose attributes they are. As he is the subject of our study, and our helper in it, so he must himself be the end of it. We must seek, in studying God, to be led to God.”