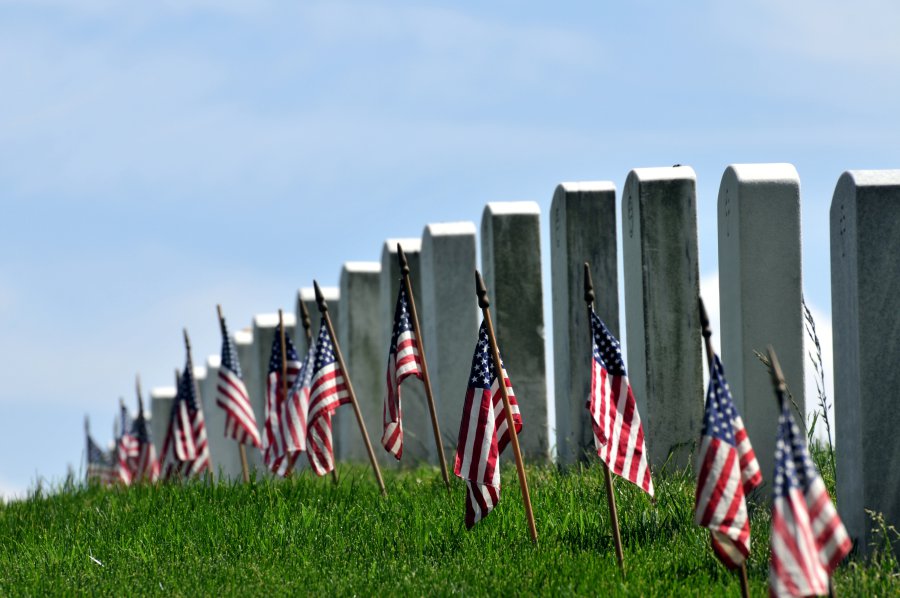 My Facebook page has been stuffed with tributes to our fallen heroes for several days now, leading up to this holiday. It’s heartening that so many still love America and still honor those who paid the ultimate price to keep her free.

But on this Memorial Day 2021, shouldn’t we talk about the growing number of people who don’t feel as we do? And that America is no longer quite as free as it once was?

Something Worth Dying For

You don’t give your life for something unless that something is worth dying for. Granted, the average fallen warrior probably was not thinking in such lofty terms when his end came. He was probably thinking of the guys in his unit or of his family back home.

But when we celebrate their sacrifice every Memorial Day, that’s what we are thinking of. We are expressing our gratitude to them for paying the ultimate price so that we can live and raise our children in a country that, even now, is still the freest nation on earth.

Many of us grew up in a culture that honored our heroes: the Founders, Abraham Lincoln, our fallen warriors, Martin Luther King, and many others. Honoring heroes forms you. You know the sacrifice we honor today is a sacrifice brave men and women felt was worth making. And if they felt the sacrifice was worth making to protect America, we should be ever vigilant to protect the nation they died for.

What happens when the majority no longer grows up in a country like that? When most Americans don’t believe America is worth the sacrifice? When the average American is taught not just that America has sins, but that America’s sins define her? That the most important and truest thing about America are her sins? That the United States of America is, at the end of the day, nothing more than her sins?

That’s not a country worth dying for. That America won’t produce young men and women who are willing to pay the ultimate price. Would there even be many families left who would inculcate in their children the sort of virtues that make that sacrifice possible?

Why Fight for an Evil America?

The problem’s not just what our children are taught, even in elementary school. It’s not just the leftwing, anti-American bias of so much college education. And of many of our major movies, television shows, and our leading newspapers and magazines.

When I hear that they are teaching Critical Race Theory at West Point, I wonder. Not some university with a leftwing faculty producing gender studies majors. The United States Military Academy, where the men who will lead the Army are being trained. What exactly will our officer class be defending in a possible conflict with China in the near-future? If America is so incorrigibly evil, why fight for her? Why not just surrender to China?

Some Americans already have. You heard about the athlete who groveled to China — “I’m very very sorry…” — because he accidentally referred to Taiwan as a country. What an embarrassment. What a pathetic excuse for an American.

But that is happening all around us. American athletes and celebrities are always bending the knee to China. Google refuses to work with the American military but works with China’s.

The biggest American corporations endorse critical race theory, “trans rights,” and any other cause that makes the elites happy with them. They tell the America that buys their products it’s wicked. Their employees know that they can’t speak out without risking their jobs.

I get that they do it for the money. But the problem’s much worse than that. It’s that money is the only thing that motivates them. God and country have no purchase on their hearts. They will sell out to the highest bidder.

An America That Won’t Keep Its Freedom

A country that produces elites like that is a country that will not have many more Memorial Days worth celebrating.

And not only the elites. This attitude is everywhere. People you grew up with, members of your own family, will tell you that Christopher Columbus was some kind of mass rapist, that the settling of the Americas was genocidal, that America has never stopped being racist, because racism is built in to our nation (“systemic”). Friends who’ve benefited from America’s economic creativity will declare that the market economy only leads to suffering and exploitation. We need socialism to fix it.

An America in which most people think that way is an America whose freedom will not be sustained.
Either we rediscover our country as a thing worth loving and dying for, or we surrender to China.

As some already have.

Peter Wolfgang is president of Family Institute of Connecticut Action. He lives in Waterbury, Connecticut, with his wife and their seven children. The views expressed on The Stream are solely his own. His last article was The Culture’s Gone Mad. It Won’t See Reason. What Do We Do?.