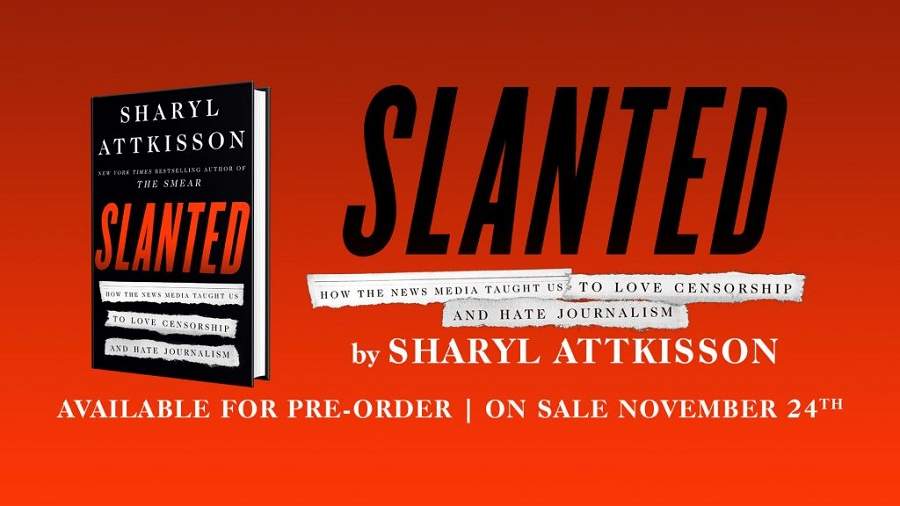 Who ordered the “code red” on me?

That’s what I was wondering recently while listening to Megyn Kelly interviewing journalist Sheryl Attkisson. The two prominent journalists talked about how broken and agenda-driven the media has become. Atkinson wrote the new book Slanted: How the News Media Taught Us to Love Censorship and Hate Journalism. Reporters, writes Attkisson, are committed to “The Narrative,” the storyline that will bolster whatever liberal cause is currently in vogue.

Kelly agreed, citing the 2018 attempted immolation of Brett Kavanaugh. Kelly says her “stomach turned” watching as more and more bizarre, violent and crazy accusations about the future Supreme Court justice came out in September 2018. This after a California professor named Christine Blasey Ford accused Kavanaugh of sexual assault while in high school. Ford would also claim that I was in the room when the high school incident allegedly happened. I was friends with Brett in the 1980s when we were students at Georgetown Prep.

The Truth? You’re Not Ready for the Truth!

The allegation came out of nowhere. Flanking it were a wave of negative media stories that seemed to suddenly appear fully formed. Politicians, oppo researchers and the media had ordered a “code red” on us. Its planning required weeks, if not months or even years. Code red is a term used in the Marines to describe the violent hazing of a serviceman. It’s a pivotal plot point in the 1992 Tom Cruise movie A Few Good Men, when a code red results in a Marine’s death.

One of all the things that made no sense to me one stuck out. As I wrote recently in The Stream:

One thing that I always wondered, and even brought up with friends and law enforcement, was why Ford had never attempted to contact me in the summer of 2018, before everything blew up. I’m a conscientious person who strives (and fails) to be a good Christian. I’ve been sober for thirty years. It was a devastating accusation about an alleged event that I have no memory of — nor do the others Ford claims were there. I’m always willing to listen and examine my conscience about anything someone wants to bring to my attention. Why not ask me about it before triggering World War III?

The answer: a code red is more effective. Coercion beats appeals to humanity and reason, especially when a charge is bogus. I’m not saying Ford knew the scale of the attack that so many had a hand in. She may have been used by forces she was not fully aware of and unable to control. I honestly don’t know.

In the 1992 film A Few Good Men, Tom Cruise plays a lawyer. He is investigating the murder of a Marine named William Santiago, who was disliked by his colleagues at Gitmo, and died as the result of a code red. But who ordered it? A key suspect, Col. Nathan Jessup (Jack Nicholson), at first denies it. Instead he insists that he gave an order that Santiago was not to be harmed in any way. Jessup’s orders are always followed to the letter, he says, otherwise “people die.” Jessup adds that he ordered Private Santiago transferred off Gitmo because he was “in danger.” Santiago was killed before he could leave.

At the trial Cruise asks a simple, smart question: If Jessup’s orders are always strictly followed, and he ordered that Santiago was not to be touched, then why was Santiago in danger? Why did he have to be transferred off the base if his life was in no danger?

Jessup doesn’t have an answer. That’s because Jessup himself ordered the code red. Then he covered up his crime by blaming others.

Doesn’t Everyone Have a “Researcher-in-Chief?”

In her book Supreme Ambition: Brett Kavanaugh and the Conservative Takeover, liberal Washington Post reporter Ruth Marcus recalls the summer of 2018. Ford started contacting the media and politicians in early July with her claim. Marcus writes:

One possibility: Ford would call Mark Judge, remind Judge of what had happened, tell him to call Kavanaugh, and advise him to spare his family the ordeal. She dug up Judge’s Twitter handle but wasn’t sure how to go about contacting him.

There’s more. In The Education of Brett Kavanaugh, New York Times reporters Kate Kelly and Robin Pogrebin introduce readers to a man named Keith Koegler. An attorney and close California friend of Ford’s, Koegler had known Ford since 2016. In the summer of 2018 he “had become not just a personal ballast, but [Ford’s] researcher in chief.”

Kelly and Pogrebin describe Koegler’s prep work for the September publication of Ford’s charge. They write:

A tech industry lawyer, Koegler was a voracious reader and a technical thinker. In his second-floor home office, he’d spent many hours that summer poring over news coverage of the nomination process, biographical information about Kavanaugh, and writings and videos produced by Mark Judge. In combing through YouTube, articles, and social networks, Koegler had learned more about the house parties … and the lexicon of 1980s Georgetown Prep than he had ever thought he would care to know.

So Ford was unsure how to contact me, while at the exact same moment her close friend, “personal ballast” and “researcher in chief” was scouring through social media to unearth everything I’ve ever said, written, eaten or drunk.

Private Santiago was perfectly safe, aside from the fact that he was about to get choked to death.