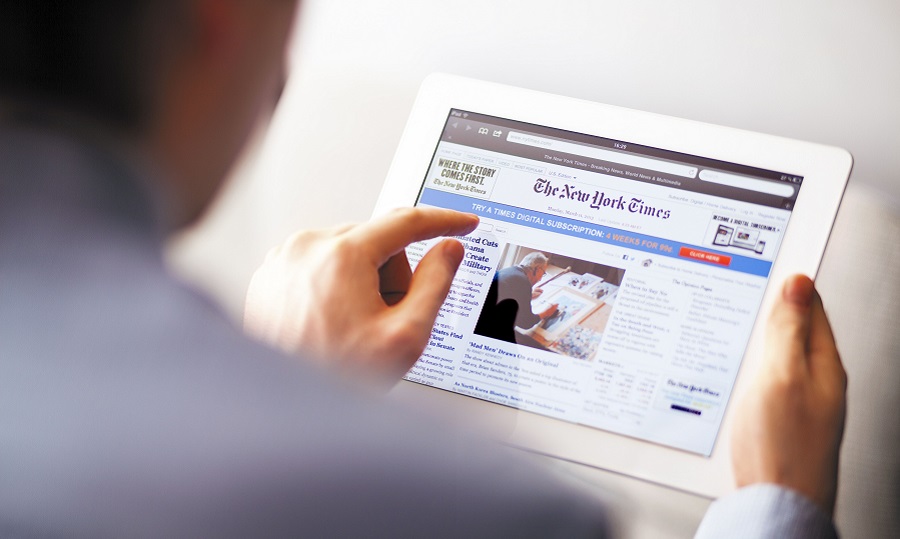 In my last column, I published comments written by New York Times subscribers about how proud they were of their children for deciding not to have children of their own. Though they acknowledged how much they ached to be grandparents, they nevertheless reveled in the fact that this would never happen.

Why did these parents take so much pride in their children’s decision not to give them grandchildren?

Because of climate change.

I described these people as deranged because it takes a deranged person to think climate change is a reason to celebrate never being a grandparent.

And who, I asked, produced these deranged parents?

The media and the universities.

What could better prove the power of the media and the universities to pervert the mind than their having convinced people to be proud of the fact that they would never be grandparents?

Just a few days later, the New York Times and their subscribers (you have to be a subscriber to comment) provided more proof of the psychopathology that pervades the left.

New York Times columnist David Brooks wrote a column titled “What’s Ripping American Families Apart?” Though Brooks offered no answers to his question — “I confess, I don’t understand what’s causing this,” he wrote — he did cite important data. For example, he linked to a 2015 study in the Journal of Psychology and Behavioral Science, which reported that at least 27% of Americans are estranged from a member of their family. Having addressed this subject regularly on my national radio show for 20 years, in print (“Adults who do not speak to a parent,” Jewish Journal, July 19, 2011) and on video (PragerU Fireside Chat No. 72, March 6, 2019), I can attest to the prevalence of the catastrophe of an adult child who has chosen to sever all contact with a parent. Men as well as women have wept on my show when talking about their alienated son or daughter.

Moreover, given that the statistic Brooks cites comes from a 2015 study, there is no question things have gotten a lot worse (because of the Trump presidency and, now, wokeness).

Why has this been happening?

Some Results From Psychopathology Pervading the Left

In a nutshell, and in no order of importance, I would posit the following causes:

Now, back to Brooks’ article. I once again read what New York Times subscribers had to say, this time about “What’s Ripping American Families Apart?”

Like the Times readers who wrote about their pride in not becoming grandparents — their child having decided not to have children because of climate change — I again encountered derangement among New York Times readers.

That virtually no Times reader took issue — let alone judged — the sons and daughters who removed themselves from their parents’ lives was bad enough. What pushed the responses into the mentally unbalanced category was that many readers actually explained these life-crushing decisions by blaming capitalism, poverty, former President Donald Trump and, believe it or not, climate change.

Of the scores of examples, here are a few:

Boone, Wild West: “My wife is estranged from four of her five siblings, and it’s totally due to Trump, who they continue to support, which is simply inexcusable. I totally agree.”

Susan T., Brooklyn, New York: “Fox and Trump are the main reasons for estrangement at this time.”

Mike, Fort Smith, Arkansas: “Trump and Fox News created an entire generation of crazy people who nobody can relate to.”

SB, New York: “If my mother or father became a murderer, terrorist, (or a) Republican … would I still love my parent. Here the answer is less sure.”

GBR, New England: “In the past several years, my view of them (my parents) as people dramatically changed. Can you guess what did it? His initials are DJT. Sometimes one can have loving parents who treated you well, advocated for you, gave you opportunities, encouragement, and support … but who are just not good people when viewed with an adult. ”

RP, California: “Feminism freed women from being dependent on men, and we celebrate that … Let’s celebrate that no one is bound to anyone who causes them pain.”

If you want to know how the left has screwed with people’s minds, hearts and consciences, just read the comments sections accompanying New York Times articles. Then read comments accompanying Wall Street Journal articles. You may not agree with them, but you will encounter nothing so comparably irrational or mean, let alone deranged.

Dennis Prager is a nationally syndicated radio talk-show host and columnist. His latest book, published by Regnery in May 2019, is The Rational Bible, a commentary on the book of Genesis. His film, “No Safe Spaces,” was released to home entertainment nationwide on September 15, 2020. He is the founder of Prager University and may be contacted at dennisprager.com. Copyright 2021 Creators.com.