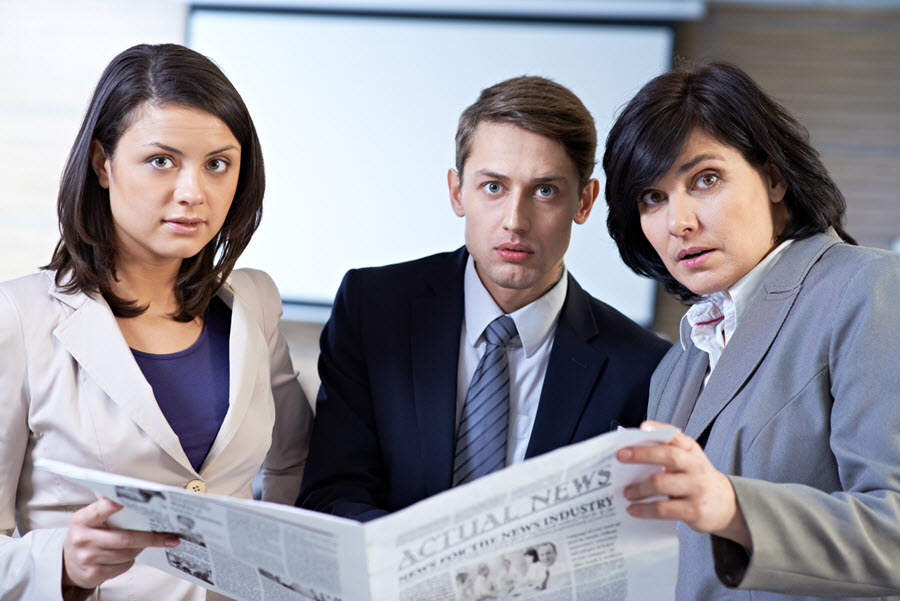 This past weekend, The New York Times columnist Maureen Dowd added another column to the myriad irrational and hysterical pieces about the “existential threat” climate change allegedly poses to human life.

As I do after almost every piece I read on the internet, I read comments submitted by readers.

One provided me with an epiphany.

The Power of the Mass Media and the Left

It was a comment submitted by The New York Times reader “Sophia” of Bangor, Maine:

“I have one child, a daughter, who told me age 8 that she would never have a child because of global warming. She’s now 34 and has never changed her mind. So I will not experience a grandchild. For her wisdom, I am grateful. I would be heartsick if I did have a grandchild who would have to experience the onslaught of changing climate.”

It is hard to imagine greater proof than that comment of the power of mass media and of the left. That a normal woman would celebrate her daughter’s choice not to be a mother and not to make her a grandmother can only be described as deranged. No normal-thinking human being would think that way. Jews had children during the Holocaust and made sure to have children if they survived the Holocaust.

Does this deranged woman know how few people are dying due to weather-related incidents in the era of global warming?

The Truth About Global Warming Deaths

Danish statistician and economist Bjorn Lomborg noted this past week:

The newest Lancet study of heat and cold deaths show(s) that cold ‘vastly’ outweigh heat, and that climate actually has dramatically lowered (the number of) total death(s) … “

Of course, none of that matters to Sophia — because she relies on The New York Times (and probably NPR and CNN) for her understanding of the world.

Rothman, New York City: “I completely agree. I have 6 grandchildren and weep inside for the calamitous life that is ahead for them.”

Ida Martinac, Berkeley, California: “I weep with you, Sophia. Whenever I look my 11 year old daughter in the eyes I feel so many emotions: guilt for bringing her into this dying world.”

Liberal, Texas: “I feel your pain. I have 2 sons. Neither one will have children and their partners agree. I’ll never have grandchildren. But I also realize that their decisions have in some way been molded by me. I am proud of their decision.”

CC, Sonoma, California: “My only daughter shares your daughter’s feelings. I will have no grandchildren. As I watch my peers enjoying their final years surrounded by grandchildren, I can’t help feeling a little jealous. At the same time … our daughters are stepping up to the challenge. I’m proud of them.”

Marisa Leaf, Brooklyn, New York: “I, too, am coming to terms and accepting that my 36 year old son will not have a child as well — for stated reasons. It is painful for me when I watch other young men and women his age going about town with their children. But I understand, and concur, on an intellectual level, that of course they’re right. Bringing more children into the world these days is an existential worry. And irresponsible. So, as I grieve for our planet, I also grieve for the grandchildren that I will never have.”

What do all these deranged reactions have in common? How could so many people living in the healthiest, wealthiest society in human history welcome not having grandchildren?

Brainwashed by the Media and College

The answer is they have been brainwashed by the media (and college). They have read and heard nothing — absolutely nothing — by scientists and scholars (such as Steve Koonin of NYU, Richard Lindzen of MIT or William Happer of Princeton, to name just three) who have studied climate change and found the hysteria morally as well as scientifically indefensible. It is not possible to live a life insulated from left-wing ideas. But it is extraordinarily easy to lead a life insulated from all non-left-wing ideas.

So, then, the epiphany I had was this: A majority of people will believe anything the mass media tell them. This is especially true of those who received a college education. Colleges teach students not to question, not think for themselves and not to think rationally.

That is why many people believe the world is coming to an end; it is good not to have children or grandchildren; men give birth; Russia colluded with the Trump campaign; Israel is an apartheid state; all-black dormitories on college campuses are progressive; there should be fewer police; it is fair to women to allow biological men to compete in women’s sports; and myriad other absurdities.

There is no other explanation for these deluded readers of the The New York Times.

However, I do agree with them on one point. I, too, support their children’s decisions not to have children. The world doesn’t need more fools.

Dennis Prager is a nationally syndicated radio talk-show host and columnist. His latest book, published by Regnery in May 2019, is The Rational Bible, a commentary on the book of Genesis. His film, “No Safe Spaces,” was released to home entertainment nationwide on September 15, 2020. He is the founder of Prager University and may be contacted at dennisprager.com. Copyright 2021 Creators.com.