What the President Said About Millions of Americans

By linking opposition to the Respect for Marriage Act to (rightly) ostracized ideas like racism, advocates, like the president, are setting the stage for leveraging hate crime legislation and other cultural tools to criminalize dissent. 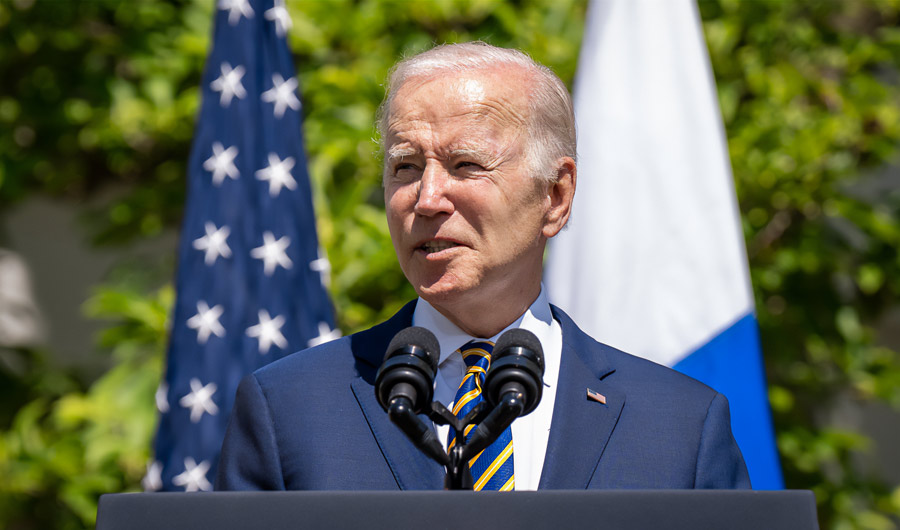 This past Tuesday, at a ceremony hosted at the White House, President Biden signed into law the so-called Respect for Marriage Act. The president used a lengthy speech delivered beforehand to soundly denounce any challenge to any aspect of LGBTQ ideology and activism. Specifically, in a striking display of anti-reason, President Biden condemned opposition to sterilizing, castrating, or permanently wounding children with gender dysphoria, as akin to racism and antisemitism.

Victory for the New Sexual Orthodoxy

Lest anyone should miss the aim of this new law, as more than a few voices from mainstream evangelicalism clearly did, the administration invited a “non-binary drag artist,” who often dances seductively in front of children, to the celebration. For anyone still in the dark, the White House was lit up in the liturgical rainbow of colors representing the new sacralized sexuality. The Christians and conservatives who dismissed concerns over what this bill means and who claimed it represented nothing new and contained all the conscience protections people of faith could hope for should take a hard look at what the new law’s strongest advocates think it means.

This law does not protect a pluralist society, and it is more than a symbolic victory for the new sexual orthodoxy. It enshrines in law an ideology of human nature that would’ve been unthinkable just a few years ago, even among the far left. It further establishes a category of recently invented rights that will make it only harder to protect children in the days ahead. It also means social exile and legal limbo for anyone who dissents. As the president foreshadowed, anyone who claims that human nature is real and that marriage is between a man and woman will be classed along with the racists and bigots of history.

To strengthen his case, President Biden repeated the now discredited talking point that the murders at Club Q in Colorado Springs were birthed from opposition to the LGBTQ agenda. He connected that violence with state laws designed to protect kids from chemical castration and surgical amputation of healthy body parts (though similar restrictions are becoming increasingly common in Europe). Anyone who supports such protections, the president claimed, is driven by “hate.” In his own words, “Folks, racism, antisemitism, homophobia, transphobia — they’re all connected. But the antidote to hate is love. This law, and the love it defends, strike a blow against hate in all its forms.”

His remarks relied on a vagueness that is typical of these talking points but which conflates opponents of the current program with bigotry of all sorts. Note the appeal to a nebulous “love” as an antidote to a nebulous “hate.” Positioning one side as love and the other as hate, while employing the common and similarly not-defined suffix “-phobia” to a host of words, the president departed from rational conversation. After all, people who are phobic are so motivated by hate or fear that logic is beyond them. This absolves everyone else from persuading or convincing the “haters” with reason or argument. Using these tactics, which the president deployed, others are either evil beyond redemption or sick and in need of quarantine, both for their sake and for ours.

This is the cultural mood that goes along with talk about “stochastic” terrorism. According to this theory, it doesn’t matter if you ever called for violence or if an act of violence had anything at all to do with you, you can still be guilty. By linking opposition to this law to (rightly) ostracized ideas like racism, advocates, like the president, are setting the stage for leveraging hate crime legislation and other cultural tools to criminalize dissent.

As confusing as all of this can be, this leap into anti-reason affords the Church with an unexpected opportunity. As much as we hear that gender is a social construct and Christianity is just an ephemeral fad, it’s the new sexual orthodoxy that’s rooted in nothing but a construct. The faith of our fathers, on the other hand, is solid ground: Christianity is the accurate representation of the nature of reality.

As much as the watching world may want to deny that they live in God’s creation, His world is the only one that’s available. At some point, bad ideas will fail. At some point, all good things show themselves to be His artistry. At some point, the air breathed even by God’s critics is revealed to be rooted in the truths about life that the Church has always taught.