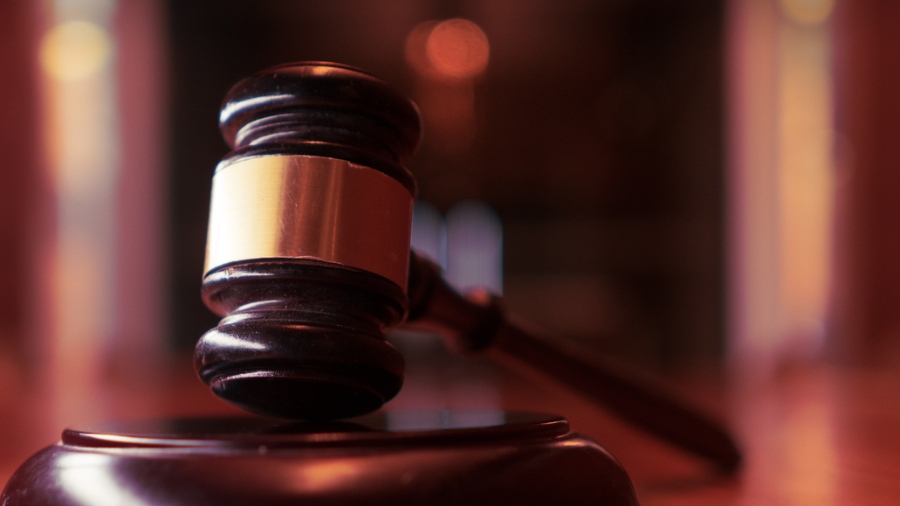 We’re starting to hear the term stare decisis a lot and will likely hear more of it in the coming months as discussions over Dobbs v. Jackson Women’s Health Organization and Roe v. Wade ensue. It’s a Latin term which basically means “to stand by decisions that have already been made.” It’s like a so-called “super precedent.”

I suppose if all Supreme Court justices were nigh superhuman with zero bias, and reached every decision with a 9-0 decision, it might be a more plausible concept. But that’s hardly the case. The high court justices have repeatedly screwed-up (sorry, I don’t know the Latin term to give that more swagger) throughout its 231-year history. 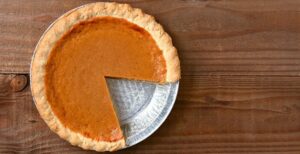 According to a WaPo 2018 article, since 2000, 19% of the Supreme Court’s decisions were 5-to-4 decisions. That’s about one-in-five cases. Many of those were extremely important cases, like Bush v. Gore in 2000, which essentially determined who the President of the United States would be. That means in all of those cases, (about) half of the justices got it right and (about) half of them got it dead wrong.

In a 1984 case, then-Chief Justice William Rehnquist said, “Stare decisis is the preferred course because it promotes the evenhanded, predictable, and consistent development of legal principles, fosters reliance on judicial decisions, and contributes to the actual and perceived integrity of the judicial process.” Actual and perceived? Let me paraphrase that for you: Sticking by blunders of previous justices may not contribute to the integrity of the judicial process, but at least it will be perceived that way. In other words, just so it doesn’t make us or our predecessors look bad, everything will be alright.

The NFL first experimented with instant replay in 1976. It got off to a rough start and was surrounded by controversy until the 1999 season, when they began the new and improved system that was much like we see today.

Most of you reading this know that the instant replay in the NFL has been a huge success. It seems that in almost every game there’s a decision overturned “upon further review.” That’s simply because the officials — even as good as they are at what they do — are human and can make mistakes. Can you imagine, after seeing the system work so well for over two decades, the NFL Commissioner declaring that from now on stare decisis would be in force where the officials’ decisions were concerned? No replay. Never mind that the seven officials were split 4-3. And never mind that it could mean the wrong outcome in a Super Bowl. 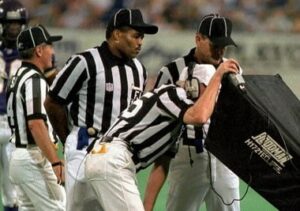 To Err is Human …

Stare decisis is just that insane where our legal system is concerned. Here are just a few of the many hideous mistakes our Supreme Court’s justices have made:

In 1857, Dred Scott case went all the way to the Supreme Court. Dred Scott was a slave, who was moved to a free state by his master and later tried to sue for his freedom. But the high court decided those of African descent were not recognized as citizens, and therefore, could not sue in federal court. Not recognized as citizens. Sound familiar? They are saying the same thing today about babies in the womb.

In 1883, the court ruled that racial discrimination and segregation in public areas such as hotels, railroads, and restaurants was just fine and in no way unconstitutional.

In 1896, in the Plessy v. Ferguson case, the Supreme Court upheld the state of Louisiana’s decision to segregate public facilities according to race. It would take another 58 years before that decision was finally overturned.

In 1927, in the court’s decision of the Buck vs. Bell, Chief Justice Oliver Wendell Holmes upheld the involuntary sterilization of a woman deemed “feeble-minded” with the chilling justification that “Three generations of imbeciles are enough.”

In 1944, during World War II, 100,000 Japanese-American citizens were forcibly detained in internment camps under FDR’s Executive Order for the duration of the war. Fred Korematsu, an American-Japanese citizen, who was born and raised in the U.S., challenged the order. The case, Korematsu v. United States, went all the way to the Supreme Court, but it ruled against Korematsu.

In 1973, the court’s worst decision of all came in Roe v. Wade. It’s hard to imagine that seven (of nine) unelected officials went completely cross-grain to the very fabric this nation was founded upon. Our Declaration of Independence says, “We hold these truths to be self-evident, that all men are created (Biden would say, “You know the thing.”) equal, that they are endowed by their Creator with certain unalienable Rights, that among these are Life, Liberty and the pursuit of Happiness.”

This Special Offer is Not Transferable

Our Creator is also the Creator of the unborn. “Unalienable” means “not transferable or incapable of being repudiated.” So, according to our Declaration of Independence, the fundamental right to life by our Creator cannot be transferred to another … not a mother, a father, or an abortion doctor. It would violate the unborn baby’s rights.

Dr. William Blackstone wrote Commentaries on the Laws of England, first published in 1765, that played a role in the development of the United States’ legal system and adopting the Common Law. Common Law is the part of law that is derived from custom and judicial precedent rather than statutes. He greatly influenced many of our founding fathers, including Alexander Hamilton, John Adams, and Abraham Lincoln. It’s interesting that in some opinions of the Supreme Court, even today, Blackstone is quoted on occasion when discussing the intent of the framers of the Constitution. So, there’s probably no better source than Blackstone’s writings to aid us in interpreting the intent of our founding fathers’ language in our founding documents. That said, Blackstone wrote this in his Commentaries: “One who is in the womb is held as already born whenever a question arises for its benefit.”

Throughout history, people have made mistakes, and wrongs had to be righted by their successors. In 2 Chronicles 33, we find the account of Manasseh, who was king in Jerusalem for 55 years. He rebuilt the high places of idol worship that his father, Hezekiah, had torn down, built altars for Baal, made Asherah poles, and even built altars for false gods in the Lord’s Temple (verses 3-4). He did many other evil acts while he was king.

In the very next chapter, 2 Chronicles 34, we read about the 31-year reign of Josiah, Manasseh’s successor. In verses 3-5 we read, “He began to purge Judah and Jerusalem of the high places, the wooden images, the carved images, and the molded images. They broke down the altars of the Baals in his presence, and the incense altars which were above them he cut down; and the wooden images, the carved images, and the molded images he broke in pieces, and made dust of them and scattered it on the graves of those who had sacrificed to them. He also burned the bones of the priests on their altars, and cleansed Judah and Jerusalem.” Wow. It sounds like Josiah didn’t give a “posterior, south end of a north-bound rat’s anatomy” about stare decisis. Neither should we.