What Many of Us White Americans Still Do Not Understand 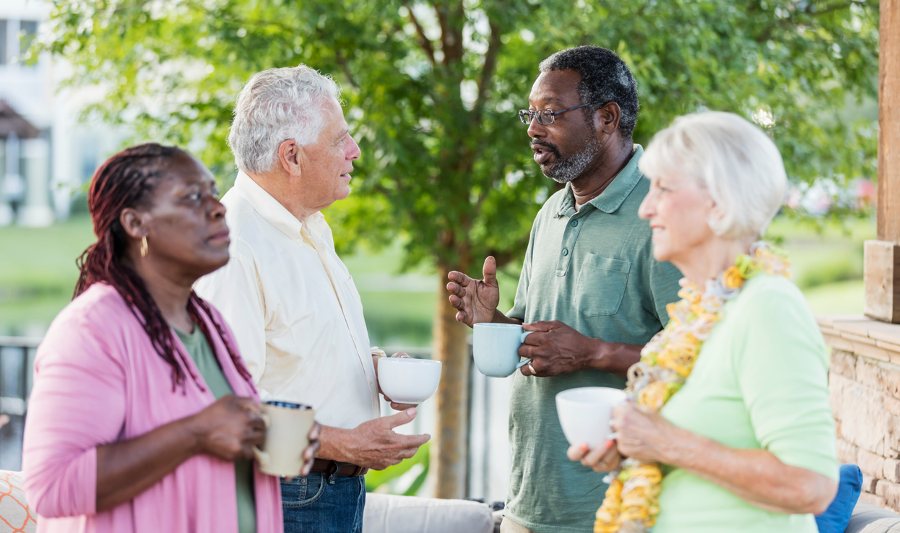 Do you believe that all of us have blind spots of some kind? That all of us are shaped, for better or worse, by our own upbringing and environment? That we sometimes see things through an imperfect lens? And can you point to many blind spots among those whose beliefs and ideologies you reject? If so, perhaps we can explore some of our own blind spots here, and in this case, by “we” I mean we who are white Americans.

The truth be told, all of us, of all color and background, are much more inclined to see the blind spots of others, pointing out their biased thinking, their convoluted logic, their limited knowledge and their faulty arguments. But how often do we examine our own points of view through that same lens of critical thinking?

Some, of course, found this thesis offensive. Many others, however, heartily agreed.

I suggest we test it out here.

Generally speaking, as white Americans, when we watch the video of the tragic death of George Floyd, do we see this as race related? For many of us, the answer is no, even if we see it as an act of unjustified police brutality, worthy of conviction under the law (as the court ultimately ruled).

As for black Americans watching this video, again generally speaking, this was yet another example of white brutality against an unarmed black man.

Our black friends want us to listen and learn.

In response, we say, “But look at the facts. Look at the statistics. Only a dozen or so unarmed black men are killed by the police every year. You need to stop listening to the race-baiters.”

In response, our black friends say, “How many times have you been racially profiled? And do you need to have ‘the talk’ with your boys when they become teenagers, urging them to respond to police officers with the utmost respect lest they be shot? Or do you think we are just imagining the corporate pain that we feel?”

To be clear, and to reiterate what I have written and said elsewhere, I oppose the dangerous, anti-white curriculum that is popping up in schools across our nation. And I will continue to call out the false “white supremacist” accusations that are being hurled against us white conservatives by the hour.

At the same time, I must ask if we really want our children to know the painful truth of American history, one that is often more sordid than we would like to admit.

I was reminded of this when reading the new book by Charles Love called Race Crazy: BLM, 1619, and the Progressive Racism Movement. Love is a conservative black American who has appeared on Fox News and who is an opponent of CRT in our children’s schools. So, he is the opposite of a radical, race-baiting progressive.

Yet, when discussing one of the essays in “The 1619 Project,” he affirms some of the horrible realities of our past treatment of black Americans as pointed out by journalist Trymaine Lee, realities which still affect many black Americans today. (I remind you again that one of the purposes of Love’s book is to expose the dangerous biases in “The 1619 Project,” but here, there are facts he needed to affirm.)

For example, Lee points out that, on average, whites have 7 times the wealth of blacks in America. Love then writes (agreeing with Lee), “For the first seventy-five years post-slavery, this was nearly entirely the fault of the government, either by racist laws or by negligence — taking no action as whites robbed, killed, and terrorized blacks.”

To illustrate this reality, Lee shares the story of Elmore Boling, a wealthy black businessman in Alabama who was murdered in 1947 by white men angered by his success. White creditors then took his money, leaving his family and descendants bereft of his wealth. Yet 1947 is not that long ago, and the effects of Boling’s murder and financial rape are still felt by his grandchildren today.

Love then writes this:

Armed white people stormed prosperous majority-black Wilmington, North Carolina, in 1898 to murder dozens of black people, force 2,000 others off their property, and overthrow the city government. In the Red Summer of 1919, at least 240 black people were murdered across the country. And in 1921, in one of the bloodiest racial attacks in United States history, Greenwood, a prosperous black neighborhood in Tulsa, Oklahoma, was burned and looted. It is estimated that as many as 300 black people were murdered, and 10,000 were rendered homeless. Thirty-five square blocks were destroyed. No one was ever convicted in any of these acts of racist violence.

These were obvious acts of terrorism, but the government also played an active role in suppressing economic opportunities for blacks.

I can assure you that I never learned any of this as a child in school (at least, to the best of my memory).

To Understand and to Grieve

Does this mean that white children today should be made to feel guilty about the past? Absolutely not — unless, of course, they are racists themselves, in which case they should be ashamed.

Does this mean that white kids should be identified as the oppressor class? No, no, no.

Does this even mean that white Americans should be paying out reparations to black Americans? Love himself writes, “I want to clearly state that I believe reparations were the proper response to slavery; I just believe the clock has run out on the payment.” Thus, we need to address the remaining inequities in more practical ways today.

As one black caller said to me on the air one day, “I don’t want you to do anything about the pain we have experienced. I just want you to listen.”

It is the least that we can do.