What I Love Best About America 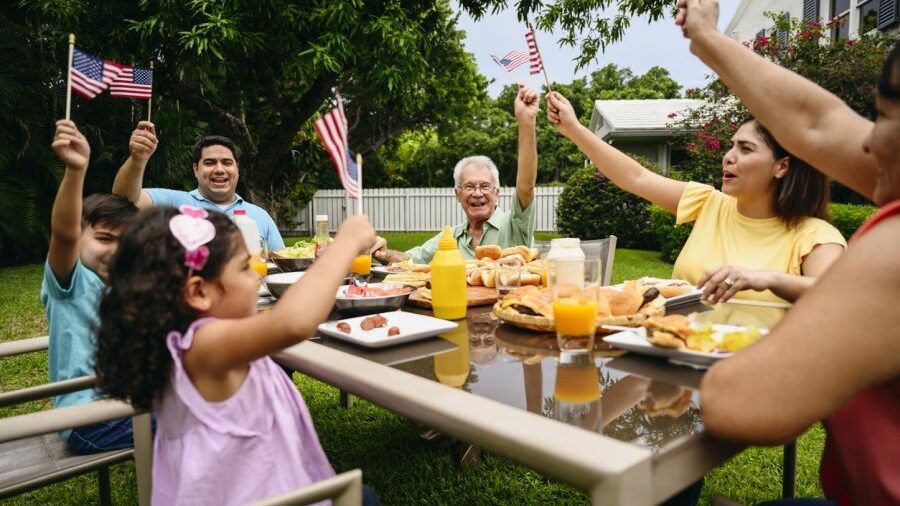 I’m quite aware of America’s many sins, shortcomings, and faults. In fact, I’ve written whole books calling our nation to repentance. But there is also much good in America, and when compared to the rest of the world, America is an amazing country. It is the land of possibilities, the land of the “can do” spirit, the land where almost anyone can potentially do almost anything. That is what I love most about America.

We Take America For Granted

Yet it is something we often take for granted, especially if we have been born and raised here.

We are used to the opportunities. We are accustomed to boundless optimism. We are unsurprised by the breadth and depth of what lies before us.

But if you have lived in another part of the world, you find it easier to see what is unique and exceptional about this great country, a country to which millions flock from around the globe.

Of course, our faults are there for the world to see as well, and we Americans don’t always have the best reputation with foreigners.

We are often considered pushy, brash, self-centered, narcissistic, and shallow (to name a few). And, as I said at the outset, I’ve written whole books detailing our many sins — our many grievous sins — and I am deeply concerned about where we are heading as a nation.

I’ve Seen What Else Is Out There

In total, I’ve traveled to 31 countries, many of them quite distant, spending anywhere from two days to one month abroad on each of these visits. This means, that, overall, I’ve spent between two and three years overseas. And at the height of our school of ministry in Pensacola, we had students from 34 different nations, some of them with us for three years or more.

I’ve also worked extensively with peoples from other cultures here in America, at one point (from the late 1970s into the early 1980s) having Vietnamese refugees living for years as part of our family, right within our own home.

All that to say that I have at least some idea of life outside the USA, and I’ve learned to appreciate the beauty and diversity of other cultures and customs.

In that regard, I’ve sometimes returned from trips to other countries and been struck by what is wrong with America. And of course, on trip after trip abroad, I’ve seen how the worst aspects of our culture have become the model for the rest of the world. This truly saddens me.

Yet there is much to say about American exceptionalism as well, as noted by Jewish rabbi Yaakov Menken in a recent article.

He wrote, “As a young child, my grandfather fled Communist Russia in the back of a horse-drawn wagon, hiding underneath a pile of hay — which a Bolshevik border guard stabbed with a pitchfork to prevent such escapes from totalitarianism. Fortunately, he was unharmed, and found refuge in America.”

It’s true that, once they arrived in the United States, Jews of my grandfather’s generation endured antisemitic slurs, were held back by quotas at universities, prevented from renting apartments and buying homes, and excluded from social organizations. Still, they knew with certainty that America was the land of freedom and opportunity. They grasped its fundamental goodness, which is why they were willing to endure the not-so-good. And they understood their new home’s capacity for progress was assured, rooted as it is in timeless moral principles.

That’s why America remains “the land of freedom and opportunity,” regardless of what the naysayers and critics might claim. Instead, the very fact that they can speak out so openly and fearlessly is yet another reminder that they live in a free and open society. And the fact that some of them have made a name (and fortune) for themselves as critics speaks to the liberties afforded in our land.

To be sure, there is negative, flip side to these attitudes as well, one that I have often addressed. (For decades, it is has been said that American Christianity is 3,000 miles wide and one foot deep.)

But today, I’m celebrating the good and appreciating the price that was paid for our freedom. And it’s because of July 4th that we also had Juneteenth. A country that was born in freedom and independence could not long enslave others.

Author James Truslow Adams, defining the American Dream in his Epic of America (1931) wrote, “The American Dream is that dream of a land in which life should be better and richer and fuller for everyone, with opportunity for each according to ability or achievement.”

Yet it is not, he continued, “a dream of motor cars and high wages merely, but a dream of social order in which each man and each woman shall be able to attain to the fullest stature of which they are innately capable, and be recognized by others for what they are, regardless of the fortuitous circumstances of birth or position.”

Or in the words of former professional wrestler and now actor Dave Bautista, “I was a poor kid. I came from nothing. We didn’t have any money; a lot of times we didn’t have any food, and now, all of a sudden, I’m a superhero in a Marvel movie? Talk about the American dream, man — I’m living it.”