What Bible is GQ Magazine Reading? 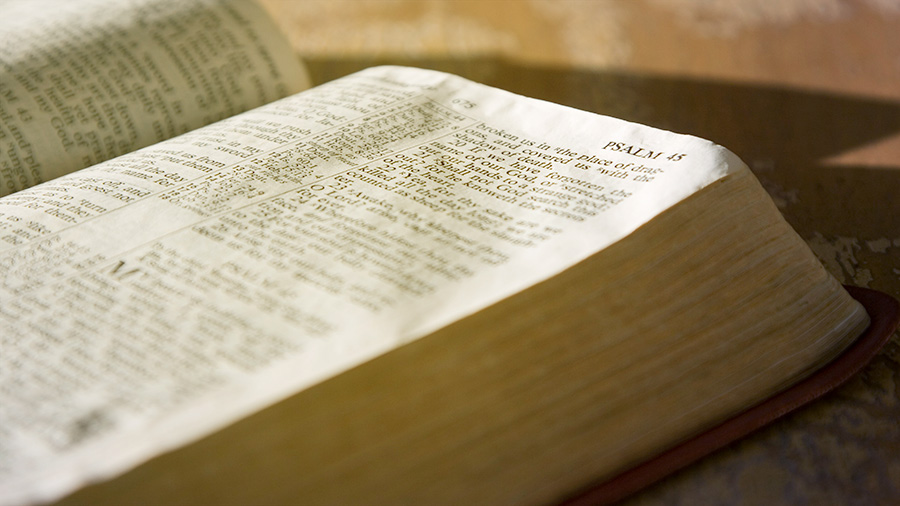 GQ Magazine stirred up a hornet’s nest by publishing a list of 21 famous books its contributors think “you don’t have to read.” Some of their suggestions make sense to me (weirdly enough, I think kids could survive high school without reading Slaughterhouse Five, Catcher in the Rye, or Catch 22). Others are dubious (we have enjoyed David McCullough, if they have not). Still others are bizarre (you won’t pry The Lord of the Rings out of MY hands, not even when they’re cold and dead, thank you very much!).

But the real point of the trolls at GQ, and most of the reaction, came in regard to their choice of the Christian Bible as the twelfth book one need not read. Here the trollery, not to mention vulgarity, rises almost to an art form, in the words of a writer named Jesse Ball:

The Holy Bible is rated very highly by all the people who supposedly live by it but who in actuality have not read it. Those who have read it know there are some good parts, but overall it is certainly not the finest thing that man has ever produced. It is repetitive, self-contradictory, sententious, foolish and even at times ill-intentioned. If the thing you heard was good about the Bible was the nasty bits, then I propose Agota Kristof’s The Notebook, a marvelous tale of two brothers who have to get along when things get rough. The subtlety and cruelty of this story is like that famous sword stroke (from below the boat) that plunged upward through the bowels, the lungs, and the throat and into the brain of the rower.

The worst of this is no doubt Ball’s tripping over his pretentious tongue to praise some obscure modern novel in place of the Bible. But the heated replies I keep hearing — “3.9 billion Bibles have been read in the past 50 years!” “Let’s see you mock the Koran like that and get away with it!” — have missed the point.

Let me respond not as a Christian, but as a teacher of World Literature, presently compiling a World Lit textbook. Let me hit Mr. Ball and GQ Magazine where I think it will hurt most: their impoverished hack literary consciousness.

As a man who reads like some people lie, in several languages and many literatures, I consider the Bible the most amazing piece of writing human beings have ever set between two covers.

The Creation story is a wonder. I’ve been looking for interesting tales of cosmic origins to include in my anthology, like maybe a sutra from the Rig Veda. None of it can compete with the sheer genius of the Genesis narration. Man and woman “shall leave father and mother, and the two shall become one flesh,” it says. In just a few words it refutes all those anti-women ancient texts, and anti-man modern texts — from Aristotle to Schopenhauer to De Beauvoir to Friedan — that wish to divide (or subdivide or ignore) the sexes and start a war between us. And it did so before any of these lunatics were born. In a dozen ways, the Genesis story subverts all the blame games society plays to this day.

The stories of Abraham and Isaac are marvelous and full of hidden meanings. There is the thwarted sacrifice of Isaac on a hill that may have been Golgotha. There is God’s promise then to bless all nations of the world through his descendants. That promise is still being realized in the Jewish race, which wins so many Nobel Prizes for life-enhancing science. Even more it’s fulfilled through Jesus, who has vastly improved life in this world for billions of people, non-Christians included.

Exodus still roots us to our seats in the theater. The Notebook is supposed to compete with Charlton Heston descending Mt. Sinai with the Ten Commandments in his hands, fire on his head, and smoke in his eyes? Poor fellow.

Still deeper levels move in and through the stories of Samson and Delilah, David and Jonathan or David and Bathsheba. The grand metanarrative of Israel’s great struggle with God and her neighbors continues beyond all odds to this day. It unites the Old Testament in a way I do not find with the great literature of ancient India or China (much as I love both). Yet for Christians it remains but a superficial reading, above which rise still higher levels. Passover lambs, twelve pillars sprinkled with blood, promises to clothe humanity again with God’s sacrificial forgiveness and grace — in all of these the enigmatic title “Messiah” begins to be dropped.

I want to give my students at least a glimpse of the Wisdom Literature of ancient Israel. But it’s beastly difficult to know what parts of it to choose. G. K. Chesterton read Job as perhaps the greatest poem in the ancient world (and far superior to most modern literature). “All human skeptics routed by a higher skepticism,” he wrote. He spoke of a God who riddles and debates, who “knocks down pessimists and optimists with the same hammer.” Of the climax, Chesterton writes, “Nothing could be better, artistically speaking, than this optimism breaking though agnosticism like fiery gold round the edges of a black cloud.”

As a man who reads like some people lie, in several languages and many literatures, I consider the Bible the most amazing piece of writing human beings have ever set between two covers.

But I can only offer my students two or three Psalms, which always seem so much more profound than the songs we substitute for them in Church. I do have my students read the glorious Song of Solomon. “Arise, my love, my beauty, and come away. For the winter is past and the rains are gone… ” Pete Seeger made a pop hit of some of the weaker lines in Ecclesiastes (“To everything there is a season… “). George Orwell held other such lines up as a model of the vivid language free of cant that writers should strive to achieve.

Then we come to the prophets, which contain much of the most glorious language in all literature. Even a Stalinist like Evgeniy Vuchetich could break off a few lines, carve out a statue, and set it in front of the United Nations. The quote perfectly expresses the ideals the prophets have infused upon the modern world. “And He shall judge among the nations, and shall rebuke many people: and they shall beat their swords into ploughshares, and their spears into pruning hooks: nation shall not lift up sword against nation, neither shall they learn war anymore.”

I could sample from the Sermon on the Mount, which inspired Tolstoy and King and Gandhi and many others to change the world. I could speak of Paul’s Hymn to Love, which was set to music in Taiwan and sung on Chinese pop stations when I lived there. But time does not permit; I must move on — the best part of the story still beckons.

The Greatest Story Ever Told

Skeptics eagerly search the ancient world for ancient New Testament scholars for parallels to Jesus. The search has proven a complete bust. They’ve found nothing, as I showed in my last book, and also in a brief article here. “No man has spoken as this man,” the crowd around Jesus said. The great Lin Yutang knew well the writings of Confucius, Lao Zi and Buddha. He considered Zhuang Zi the greatest prose writer in Chinese history. But when he encountered Jesus he said, “Blow out the candles! The sun has risen!”

If it were only about His grand teachings the story would shine. But that is far from all. It is the way Jesus’ words and story unify the grand sweep of the Bible — in fact all of world literature — that makes this “the greatest story ever told.”

Ball and his allies at GQ Magazine are fools of a special kind, more to be pitied than scolded, perhaps. Like the obsessed prince of Denmark, they seem “bound in a nutshell” while counting themselves “kings of infinite space.” But Jesus knocks on that door of that shell. Mr. Ball need not stay inside his sadly narrowed vision of what counts as real literature, or real life.

Understanding Why Many Non-Christians Hate the Bible

5 Questions With Karen Swallow Prior About Her New Book, On Reading Well