We’re on an Unusual Path to a More Functional System

So here it goes: Maybe things are getting better. 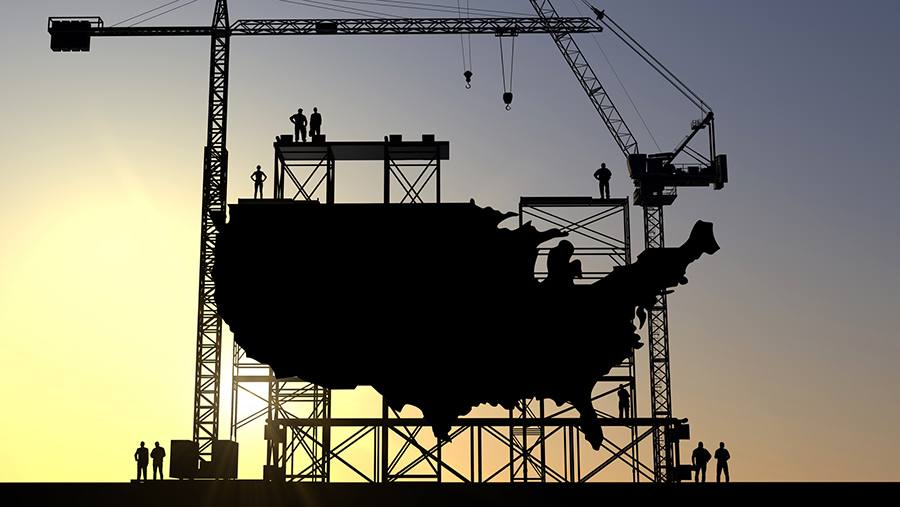 I do not fear much correction when I say that my columns of the last few years have not been characterized by an overabundance of cheerfulness and optimism.

For instance, about a year ago, I endorsed a Twitter personality for president. No, not that one. I backed SMOD, the “Sweet Meteor of Death,” whose sole presidential campaign promise was to deliver an extinction-level event upon impact with earth. But SMOD, like so many politicians, disappointed me, which is why my refrain of the last few years has been, “Cheer up, for the worst is yet to come.”

I bring this up for two reasons. First, to acknowledge for the reader my misanthropic biases, and second, to beg some indulgence, as I’m unaccustomed to describing the light at the end of the tunnel as anything other than a locomotive’s headlamp.

So here it goes: Maybe things are getting better.

The standard brief against the president, from the left and much of the desiccated center, is that Donald Trump is a threat to the constitutional order. I do not dismiss this view out of hand, and if President Trump were much more popular, I’d worry about it more. But to date, things aren’t working that way.

The Fourth Estate has become the opposite of a band of intimidated courtiers and lickspittles.

The press, by its own self-aggrandizing account, is enjoying some new golden age. Newspaper subscriptions are up. Web traffic is through the roof. The Washington Post’s new motto — “Democracy Dies in Darkness” — may be a bit grandiose, but a few right-wing platforms notwithstanding, the Fourth Estate has become the opposite of a band of intimidated courtiers and lickspittles.

No thanks to the White House’s own efforts, this really is the most transparent administration in history. Leaks — some outrageous and illegal, others amounting to shabby gossip — make it almost impossible for the White House to keep anything secret. And when it does, the president’s Twitter account serves almost as a live feed into what he is thinking.

Obviously, liberals despise the president’s agenda, but most of what he has accomplished, almost entirely through executive orders, has actually been entirely defensible — and from a conservative perspective, laudable — on policy terms.

If you don’t like him rescinding so many of President Obama’s executive orders, perhaps you should have pushed harder for Obama to get things done the proper way — through the legislative process.

If, say, the Paris climate change accord had been treated as a treaty — which it was — Trump couldn’t pull out with a stroke of a pen. Of course, if it had been sent to the Senate as a treaty, it would have failed, which should tell you something about the underlying merits of the agreement.

If you don’t like him rescinding so many of President Obama’s executive orders, perhaps you should have pushed harder for Obama to get things done the proper way — through the legislative process.

Then there’s Congress. For decades, under Republican and Democratic presidents and Republican and Democratic majorities, Congress has been a feckless doormat for the president, ceding ever more authority to the executive branch. This is not how it’s supposed to work. Congress is the “first branch” of government precisely because the founders saw in the presidency the threat of despotism, or what Edmund Randolph called “the foetus of monarchy.” That’s why Congress has all the real power under the Constitution: the sole authority to declare war, levy taxes, ratify treaties and craft legislation.

Most of the Republicans in Congress have little experience in crafting serious legislation, never mind asserting their first branch prerogatives. Thanks in part to the president’s incompetence and in part to his laudatory desire to delegate the tough decisions to Congress, House Speaker Paul Ryan and Senate Majority Leader Mitch McConnell have had to step up, filling a breach that began under Woodrow Wilson and became a chasm at the end of the Obama years.

I’m not saying that all is well in Washington or for the GOP — and certainly not for conservatism — but as of right now, the system isn’t breaking down, it’s finally starting to work as intended.

No one can dispute that it’s been an ugly and at times embarrassing process, one that seems frightening to Beltway denizens who’ve grown accustomed to presidents driving outside their constitutional lanes. Nor can it be argued that the rank-and-file Republicans racing to hastily slap together health care legislation and tax reform are doing so primarily out of a patriotic fidelity to the founders’ vision. Rather, they know that if they don’t deliver, they will be thrown out of office like drunks who can’t pay their bar tabs. But that’s OK. The founders understood that political ambition was the lifeblood of institutional heath.

I’m not saying that all is well in Washington or for the GOP — and certainly not for conservatism — but as of right now, the system isn’t breaking down, it’s finally starting to work as intended.

Under Trump, People With the Least Education Have Seen Their Income Rise the Fastest