What next, in the wake of Big Tech's big purge? 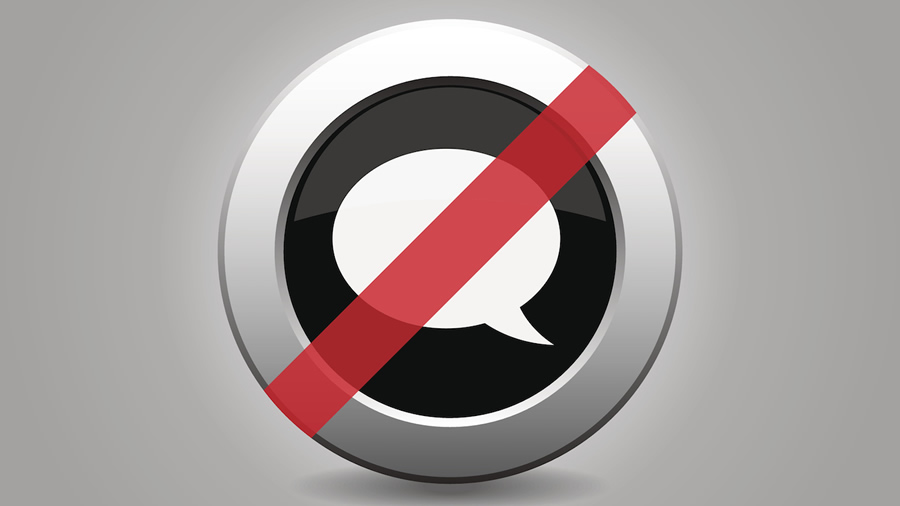 For weeks we have been told to wait for the release of the smoking gun. The Kraken is about to be revealed. Everything is about to shift. The nation will be shocked. Well, things have changed in dramatic and shocking ways. But it was not the Kraken that came. It was the Crackdown.

Twitter has now banned President Trump for life. This really happened, right in front of our eyes. But that was just one part of the Crackdown.

Within hours, headlines had announced Twitter’s ban on Trump, along with other social media bans on Sidney Powell (she of the aforementioned Kraken promises), General Michael Flynn, and Steve Bannon. Along with this, Google and Apple cracked down on the Parler app, where many Twitter users had been fleeing.

The whole thing felt surreal, as if a violent takeover of your country was happening in front of your eyes and you could hear the troops getting closer to your home. When will they come knocking at your door?

Turning Into a Totalitarian State Overnight

To heighten our legitimate concerns of this ever-encroaching Big Tech censorship, all this took place just one day after former First Lady Michelle Obama called for Silicon Valley to ban Trump for life. Was there any connection between her “suggestion” and Twitter’s actions? (See here for my response to her call. She had made her appeal as some of these Internet giants, including Facebook and Instagram, had suspended Trump “at least” until the inauguration.)

In response to Twitter’s ban, former U.N. Ambassador Nikki Haley tweeted, “Silencing people, not to mention the President of the US, is what happens in China not our country. #Unbelievable.” (As of this writing, Sunday, January 9, at 11:05 AM, ET, the tweet remains up, thankfully, with almost 50,000 likes.)

To be sure, there are legitimate questions to be asked about the limits of free speech. What if a platform was used by the radical left to post the addresses of pro-life leaders with instructions on how to kidnap their children and blow up their houses? Would that be legal, let alone ethical?

Conversely, what if a platform was used by the radical right to help plan last Wednesday’s siege of the Capitol, as Parler was allegedly used?

I do understand the magnitude of what happened in DC this past week. It was a monstrous event of massive proportions, playing right into a dangerous, hyper-nationalistic mentality that the president himself helped stoke. (See here for my real time radio commentary.)

Thousands of people joined in with the chaos and violence, not just a few rabble-rousing jokers. That’s why more than 50 police were injured and one was killed, Brian D. Sicknick, his head smashed with a fire extinguisher. That’s why there were four other deaths, including the tragic shooting of Ashli Babbit.

This was the moment some of these radical right-wingers were waiting for.

It’s time to take America back. Time to stop the steal, by any means. Time for a new American revolution, by force if need be.

To downplay the significance of the storming of the Capitol, with all our senior elected officials in the building, or to blame it all on Antifa agitators is to stick one’s head in the sand.

Personally, I have no doubt that President Trump’s incessant rhetoric for the last four years helped create this violent atmosphere. That is why I lay the ultimate blame at his feet, even though I assume that he, too, was mortified by what actually happened at the Capitol. (For all those who criticized me for always adding a caveat whenever I would praise Trump, this is why I did it. Words have consequences. His words, as president, have often been dangerously irresponsible.)

At the same time, the President called the protest to be peaceful. He called for calm and for law and order in the midst of the riots, issuing an excellent, conciliatory statement the next night. He also had recommended National Guard be activated to protect the capital in advance of the protest. His call for federal assistance was rejected by DC’s mayor. Donald Trump was not willfully inciting violence, nor was there any indication that he was about to.

Still, Twitter decided to ban him, the most powerful man on the planet, for life. What, pray tell, is coming next?

This is one major reason that many of us voted for him in 2016 and 2020, seeing him as a real bulwark against this growing attack on our freedoms. With all his flaws, he would stand with us against Big Tech censorship and against other assaults on our liberties.

Now he is banned for good (although he clearly has plans to move to another, yet to be announced platform), and we have no idea where a Democrat-led government will take us next.

As for those who are convinced that the election was stolen, there is an even deeper sense of outrage coupled with helplessness. How can this be happening, they wonder, in broad daylight here in America?

The fact is that we do not know what is coming next, and we have good reason to be concerned.

But we do know these four things.

First, while the Internet giants are called the “masters of the universe,” there is only one Master of the Universe, and one day, every knee will bow to Him, be it willingly or unwillingly. Let us never lose sight of this. If God is for us, who can be against us?

Second, we still have a voice. Let’s raise it all the more now — with as much force as wisdom and with as much love as truth. To quote Prof. Jordan Peterson’s first Rule of Life, “Stand up straight with your shoulders back.” This is not the time to cower.

Third, everything will come to light one day. As Jesus told His disciples (in the context of them being persecuted and killed for their faith), “So do not be afraid of them, for there is nothing concealed that will not be disclosed, or hidden that will not be made known” (Matthew 10:26). This brings us comfort in the here and now.

Fourth, what people mean for evil, God can use for good. To quote the words of Joseph, who was sold into slavery by his own brothers, “You intended to harm me, but God intended it for good to accomplish what is now being done, the saving of many lives” (Genesis 50:20).

In the midst of my very serious concerns I’m also feeling very excited. Something good can come out of this, so let’s keep looking up as we speak up. The gospel cannot be banned.