V Is for Victimism: A Message in a Bottle for Students in 2040 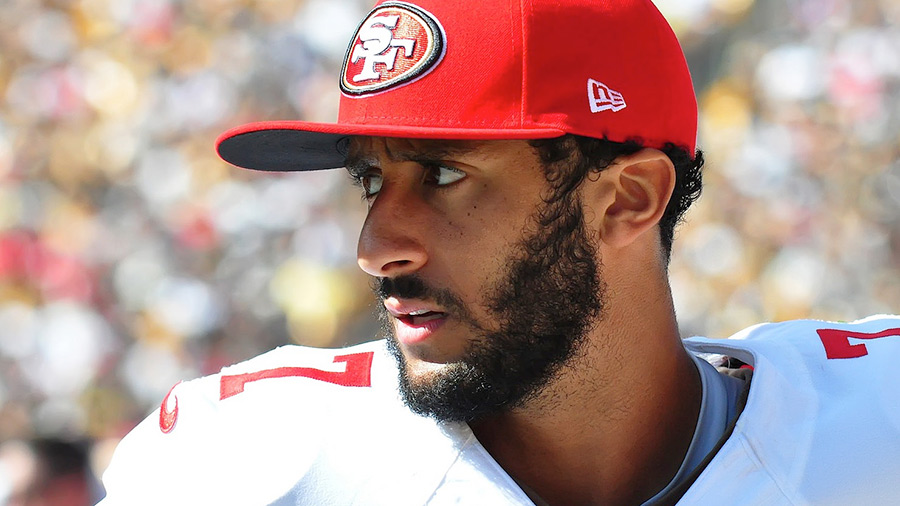 If you’re working your way through our book Forbidden Knowledge alphabetically, congratulations! You made it through most of our “time capsule” guide to what wise people knew when we could still publish. Back when Americans still were “free.” (See entry, “Freedom.”) We do hope you’re being cautious. If this book is in fact illegal, as we fear it will be by the time you pick it up, the penalties for reading it will be fierce.

There’s a good reason for that. We hope to expose the biggest lies that now replicate before us like cancer cells. If our worst fears come true, by the time you see this, they won’t just be ruling opinions. Instead they’ll be dogmas of a new ruling religion. A creed that proves all the more intolerant because it has no god that can forgive or be appeased. Only slogans, half-baked maxims, and unquestioned assumptions.

Those who perch atop such pyramids of opinion know that their foundations rest on sand. So they must fiercely guard them, with snipers and snitches and spies. They realize that their creed’s weakest point sits at its base, which would crumble if really questioned.

So we can’t really blame them for forbidding such questions. Or banning this book, and deleting our names from every database. They really have no other choice, if they wish to hold on to power. Forget what their slogans say. That’s all they ever cared about.

Using Victims’ Bones to Build a Ladder to Success

Victimism is a word coined by Christian philosopher Rene Girard. As a thinker and student of anthropology, Girard spent decades exploring the dark psychology of crowds. How is it that men band together in groups to do things that might appall them if they acted alone? But once they get whipped up by zealots, bolstered by comrades, and hypnotized by slogans… .  Ordinary people will act like movie villains. They’ll persecute the innocent. Victimize the weak. And count themselves righteous for doing it. In fact, they’ll claim that social order and peace depend on wiping out these designated victims. Girard called this ugly mechanism “scapegoating.” He saw it as a constant thread linking human societies over the ages, to which Jesus subjected Himself to expose as profoundly evil.

Historic instances of scapegoating include the persecutions of Jews by Christians. Then of Christians by Muslims. Of rebellious slaves by slaveowners, and property-owners by Communists.

The same kind of person who after Jesus’ trial would have shouted, “Crucify him, give us Barabbas!” would have sung a different tune during a Russian pogrom of Jews. Then he would loudly praise Jesus and damn the Jews around him.

Girard knew enough to spot the devil as a shape-shifter. He can goad the mob on to scapegoat the harmless and helpless in one decade. Then once that frenzy burns out he’s quick to jump ship. Eventually, people wake up from the scapegoating spell, and repent of their actions. But Satan knows how to ride that wave as well. He will cast off his Grand Inquisitor cloak and pose as a human rights activist. Instead of a righteous witch-hunter, he’ll cast himself as the champion of the weak and the marginalized. When the locus of power and popularity shift, he’ll follow it, as a shark sniffs out blood in water.

For instance, Margaret Sanger, the founder of Planned Parenthood, spent the 1920s and 30s cooperating with eugenicists and open racists. One of her closest allies, Eugen Weber, ran a concentration camp in Africa for the Germans before World War I, experimenting on natives. Sanger wrote laws mandating forced sterilization for people who failed biased IQ tests, which victimized more than 60,000 Americans. The Nazi regime modeled its own laws on hers, and invited her partner Harry Laughlin on a whirlwind tour of Germany, granting him an honorary degree from a Nazi college.

But once Allied troops began liberating concentration camps, and survivors of Nazi eugenics started telling their stories, Sanger slipped off her Klan hood. (Yes, she admitted to addressing Klan meetings in her memoirs.) She recast herself as the advocate of poor, disadvantaged women, whom wicked, callous clergy were forcing to bear unwanted children. She also “discovered” (in the wake of a war that killed 80 million people) a “population explosion.” She found whole new pretexts for advocating … the exact same policies: coercive birth control aimed primarily at the poor.

The key to Victimism is rigid firmness about your ultimate goals — popularity, money, and power — and exquisite flexibility about the means you use to gain them. The same kind of person who after Jesus’ trial would have shouted, “Crucify him, give us Barabbas” would have sung a different tune at another time. During a Russian pogrom of Jews, for instance, he would have loudly proclaimed himself a Christian, and damned the Jews around him as guilty, somehow, of “deicide.” Of course, the genuinely Christian, human course is to stand with the really weak and innocently persecuted: at the foot of Jesus’ cross, at the side of the hunted Jews.

Victimism, as Girard diagnoses it, is the cynical exploitation of concern for the weak and the marginalized, as a means of seeking power. Think of Hitler’s tears shed for “persecuted” Germans in Czechoslovakia, or Lenin’s pretended concern for downtrodden Russian peasants. But as we’ve seen with Sanger, you needn’t be a successful candidate for dictator to use Victimism. In fact, that very strategy let Woke elites back in our day dominate politics and culture, and leverage huge corporations to back their pet causes. But then you know that all too well. As we write this, the Woke movement is still an evangelizing religion. In your day, it’s an established church with a thriving inquisition.

Instead of reaching back into history, or imagining the future, we’ll look at our present, 2020. Who’s the most successful Victimist of our time? The candidates are countless, of course. This technique for seeking power by pretending a concern for fixing injustice has swept over our culture, toppling historic statues, getting Great Books thrown on the bonfire, and terrifying “conservative” politicians into hiding under their desks. But we’ll choose Colin Kaepernick. A mediocre football player whom few teams wanted to sign, he made himself famous by “taking a knee,” back when football games played “The Star Spangled Banner.” (That was the U.S. national anthem at the time, though doubtless it’s since been replaced by something like “Rock Lobster” or “Sex Machine” since then.)

Kaepernick claimed he protested the former anthem to commemorate black victims of police violence and racism. Despite an initial backlash from fans, Kaepernick soldiered on — especially when the sports equipment leviathan Nike adopted him as its spokesman and corporate icon. When the Black Lives Matter-directed riots broke out in spring 2020, Kaepernick became a legend, getting a TV series about his life and lavish media flattery.

Why do we call this an instance of Victimism? Because even as Nike calculated that backing Kaepernick would make them money in the long run, they were producing sneakers in China. Not merely in China, a totalitarian country with no freedom of speech or religion, but in factories manned by Uighur Muslim slave laborers. The company had no problem using such slave labor, offered by a regime that imprisoned 2 million people for their race and religion. It could buy public approval by hiring Kaepernick — who had no scruples at all using the suffering of some black Americans to paper over the misery of millions.

That’s peak Victimism, people. It doesn’t get more cynically efficient than that.

And that’s what nobody’s telling you about U.S. Senator Colin Kaepernick.

Together, Jones and Zmirak wrote The Race to Save Our Century. The above is an excerpt from their upcoming book, Forbidden Knowledge.