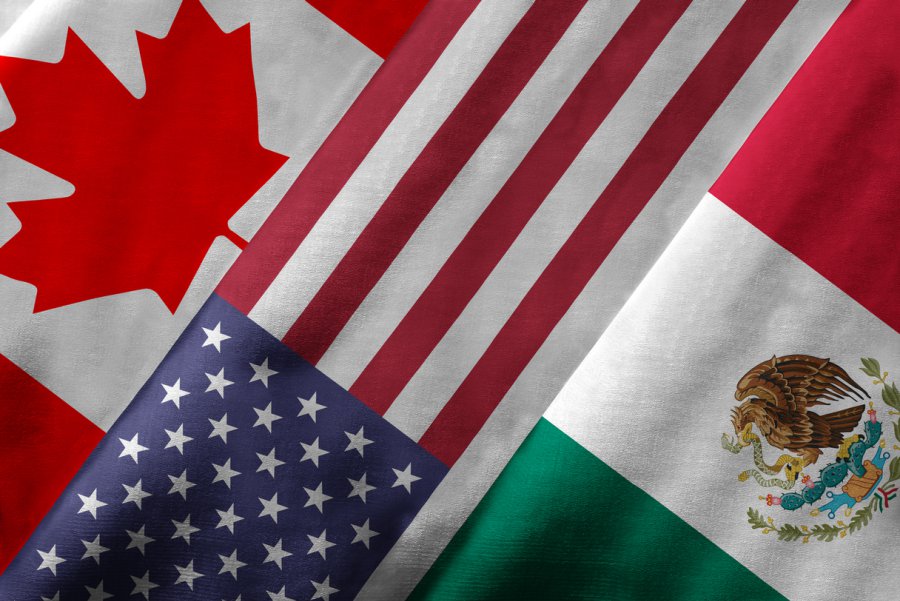 President Trump wants Congress to ratify the United States-Mexico-Canada Agreement. The new agreement modernizes NAFTA. It would ease trade between the three countries even more than NAFTA. It would also open new Mexican and Canadian markets to American businesses. The result will be greater prosperity for all three countries. House Speaker Nancy Pelosi says things are moving along, but they’re not.

What’s the holdup? Democrats focused on impeachment. The president has been complaining about this over Twitter. But the problem’s not only that. Congressional Democrats want changes made. Some Trump rejects and others either Canada or Mexico will reject. If the Democratic House doesn’t pass it, Trump has threatened to withdraw from NAFTA.

Is the new agreement much of an improvement? Is it worth the political fight? Yes.

NAFTA made Mexico and Canada the U.S.’s two biggest trade partners. By doing that, it helped all three countries’ economies to grow. The USMCA would take things a step further. Among its expected benefits are keeping jobs in America. Robert E. Lighthizer, the president’s chief trade negotiator, said it would “help stop the outflow of manufacturing jobs and return many to the United States.” NAFTA’s labor provisions appeared in an unbinding side agreement that was not binding. As a result, American manufacturers flocked to Mexico where wages were low.

To get Mexico and Canada to agree to the USMCA, Trump agreed to end steel and aluminum tariffs on the two countries. Then he almost derailed it by threatening to impose tariffs on Mexico over immigration, but he backed down.

The agreement supports 12 million American jobs. It increases exports to Mexico and Canada, particularly agricultural products. One key victory for Trump was getting Canada to open up its dairy market to American farmers. This will significantly benefit small and medium sized U.S. businesses. It increases the requirement for home built autos in order to qualify for zero tariffs. 75 percent of automobile components must be manufactured in one of the three countries, up from 62.5 percent under NAFTA.

The USMCA protects internet companies so they’re not liable for content their users produce. Internet companies frequently restrict what users can post. For example, they sometimes restrict conservative content. They act like publishers in selecting their content. Why should they get additional protections as platforms? They can’t have it both ways. You’re either a platform, which is completely neutral, or you’re a publisher, which isn’t neutral.

What the Democrats Want

Democrats want more than this. They want the agreement to address climate change. So far it does not. However, it does include new provisions to protect the environment. These include requirements to improve air quality, prevent and reduce marine litter, support sustainable forest management, and ensure appropriate procedures for environmental impact assessments. Democrats still want more, including provisions on wastewater and pollution from recycled batteries.

They also want stricter labor regulations in Mexico. They proposed including a rule allowing U.S. authorities to inspect Mexican labor conditions. Not surprisingly, Mexico turned it down. The agreement does include obvious benefits to Mexican workers, however. It includes a requirement that by 2023, 40 to 45 percent of automobile parts must be made by workers who earn at least $16 an hour. It gives Mexican workers the right to unionize, mandates safe working conditions, and bans forced labor. Those are significant requirements. Yet Democrats aren’t satisfied.

Democrats want to make dispute settlements binding. Under NAFTA, each country could block the panels that tried to resolve disputes. That made enforcing provisions difficult. The U.S., for example, does not want to give up control over American trade remedy laws.

Democrats want to decrease the length of intellectual property protections for biologics, which are medicines made from living materials. The USMCA provides 10 years of protection before other manufacturers can make similar products. The U.S. provides 12 years of protection. Democrats want to lower the USMCA length to five or seven years. They will face strong opposition from brand-name drug manufacturers.

How Good is It?

So how good is the trade agreement, really? The left-leaning Washington Post says it mostly leaves NAFTA intact, or changes it in ways Democrats and their union allies have long demanded. The provisions relating to the environment and labor are now incorporated into the main text of the agreement where they can be enforced, which they weren’t under NAFTA. If you want to bring manufacturing jobs back to the U.S., then the stricter labor regulations are a good thing.

Trump is eager to get the USMCA passed this fall, so he can tout it in his campaign for reelection. He has referred to NAFTA as the “worst trade deal in history,” because it led to the loss of American jobs. He wants show he fixed it. While free market absolutists may not like the heightened labor provisions, bringing American companies back to the U.S. will be something Trump can brag about.