The Undeniable, Glaring Bias of the Mainstream Media

It's high time for a media revolution. 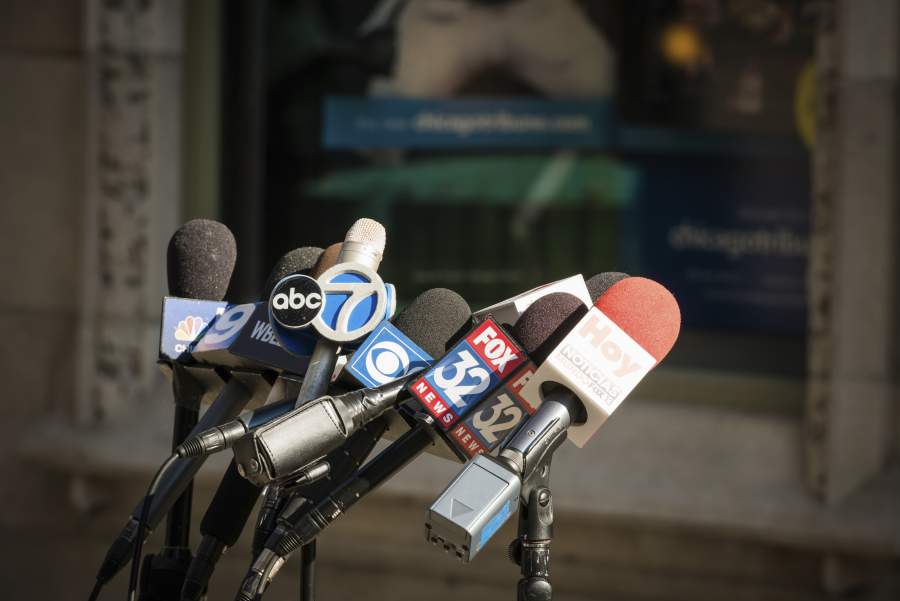 Chicago, USA - January 27, 2015: Empty broadcasting microphones set up for a press conference outside the Tribune Building early in the morning.

On March 30, 2016, the National Enquirer released a bombshell report, accusing Sen. Ted Cruz of having 5 mistresses, and the mainstream media was all over it, pressing him on the accuracy of the charges, reading between the lines if he didn’t explicitly deny every detail of the report, and talking about it incessantly for days.

Yet all of this was based on one single report from a notorious tabloid, and without any substantiated claims at that.

More recently, after the 2005 video surfaced of Donald Trump’s infamous conversation with Billy Bush, a number of women came forward accusing Trump of inappropriate sexual behavior (serious charges to be sure), and he too was dogged with this incessantly by the mainstream media, who now had even more salacious material to report.

The women were interviewed on TV, and their accusations dominated the headlines day after day. This — in contrast with the flood of stunning, Clinton-hurting, WikiLeaks revelations — was big news. This was what really mattered to the American people. This is what they needed to hear in the closing weeks before the elections.

And then yesterday, October 18, lightning struck again, but this time, it was Hillary Clinton being accused of sexual scandals (with both men and women), and the accuser was actually someone who allegedly worked closely with the Clintons for years.

The bombshell was reported once more by the National Enquirer, and it was given immediate, massive exposure by being featured as the lead story on the Drudge Report, read by millions of people each day.

You might say, “That’s odd. I didn’t hear anything about that.”

Yet it was nothing more than an Enquirer story that launched the non-stop attacks on Ted Cruz, and from the initial reports, it appears that the witness indicting the Clintons is far more credible than those attacking Cruz. Yet thus far, the mainstream media is largely silent on the matter.

As I scanned the online news sites of ABC, CBS, NBC, CNN, MSNBC, along with the New York Times, the Washington Post, Time, and Newsweek, not one of them had one syllable about these charges against Hillary Clinton — and I searched these sites 8 hours after the Drudge headline went live.

At the same time, almost all of them had one or more article about Trump’s alleged sexual sins. (But wait. I stand corrected. The Washington Post website really did have much more important news to cover, giving pride of place to this story: First lady shimmers in Versace at the Obamas’ final state dinner. Yes, this is far more important than the other national news.)

Why the Double Standard?

Worse still, as others have pointed out, the mainstream media has all but ignored the WikiLeaks email dumps, although the information contained in them so far would be enough to sink most campaigns. The coverage has been minimal, at best, and quite understated at that, giving the viewer the feeling that the news is marginal, while what really matters is whether Trump touched a woman on a plane 30 years ago (or, more recently, in other settings).

To further underscore this glaring double standard, if the current batch of WikiLeaks emails had come from the Trump campaign rather than the Clinton campaign, with his people insulting Catholics and with his right-hand man expressing disappointment that it was a Muslim, not a white American, who was one of the San Bernardino murderers, the media would virtually crucify Trump, with shrill calls across the nation demanding that he step down and that he fire his campaign manager immediately.

But when it is Hillary Clinton and John Podesta at the center of the firestorm, the email scandals take a very distant back seat to the sex charges against Trump. (Which, to repeat, I absolutely do not minimize, if true.)

And what if Trump had been guilty of using a private email server for classified government correspondence, as Hillary was? What if his staff had destroyed his laptops and cellphones, refused to answer more than 100 incriminating questions from Congress, pleading the Fifth Amendment, and then were granted immunity? The media would be shouting hysterically, “Cover up! Expose the dirty rascals!”

Instead, when it is Hillary at the center of these very serious charges, they join in the cover-up.

But should this surprise when recently released reports indicate that political donations from the media are 27-1 in favor of Hillary over Trump? And should it surprise us when off-the-record meetings are set up with media elites and the Clinton campaign?

As if further evidence of the media’s extreme bias was needed, just look at the mainstream media’s virtual blackout of two damning videos (see here and here) produced by James O’Keefe’s Project Veritas, apparently documenting serious campaign abuses by operatives allegedly working directly with the Clinton campaign. You didn’t hear about those either? No surprise. The media doesn’t seem to think you should.

Recently, conservative pundits Pat Buchanan and George Will have agreed with Trump that, on some level, “the system” is rigged, with Buchanan claiming that, “Big Media is the power that sustains the forces of globalism.”

But again, none of this should surprise us.

As I noted in Outlasting the Gay Revolution:

[Liberal media bias] has been documented for several decades, beginning in 1981, when professors S. Robert Lichter and Stanley Rothman “released a groundbreaking survey of 240 journalists at the most influential national media outlets — including the New York Times, Washington Post, Wall Street Journal, Time, Newsweek, U.S. News & World Report, ABC, CBS, NBC and PBS — on their political attitudes and voting patterns.” The survey found these “media elites” to be shockingly liberal, to the point that “54 percent did not regard adultery as wrong, compared to only 15 percent [of the general public] who regarded it as wrong,” while, “Ninety percent agree that a woman has the right to decide for herself whether to have an abortion; 79 percent agree strongly with this pro-choice position.”

I say it’s high time for a media revolution and a listener-viewer-reader revolt, which would mean that the media leaders report the news in an unbiased way, and if that is not possible, they then clearly declare their biases.

And if they won’t do either (or if their biases are too offensive), we take our business elsewhere.

Mark Levin’s Unfreedom of the Press