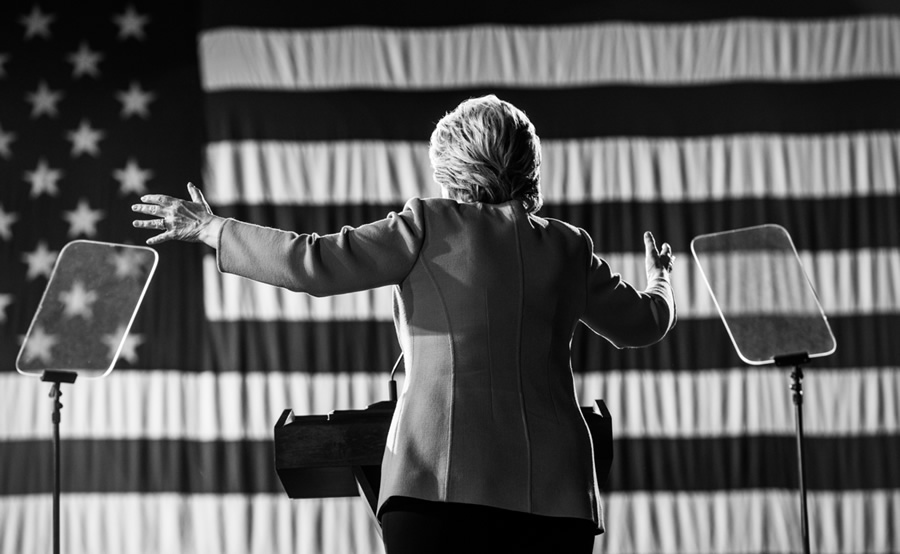 One thing that’s been clear since Hillary’s Perkins Coie attorney Michael Sussmann was indicted by Special Counsel John Durham for lying to the FBI is that he is a pivotal character in the Russia Hoax. From Durham’s “speaking indictment” it’s easy to see that this man surely must be the Mother Lode of information about the whole scheme and virtually everyone involved, whether in the “Justice” Department and FBI, the media, the DNC, the Hillary campaign (same thing), or, with partner-in-slime Marc Elias, the fabricators of the “dossier.”

Anyway, Aaron Mate at Real Clear Investigations has a great piece on Sussmann and then-legal partner Marc Elias (who again made a name for himself in 2020 by dismantling election security measures in battleground states nationwide). Mate outlines how these two Democrat operatives were central to the Russia Hoax. “The emerging picture,” he says, “shows Sussmann and his Perkins Coie colleague Marc Elias, the chief counsel for Clinton’s 2016 campaign, proceeding on parallel, coordinated tracks to solicit and spread disinformation tying Donald Trump to the Kremlin.”

Gosh, it’s hard to know what to believe when known liars are contradicting each other.

Sussmann was indicted for concealing the fact that he was working on behalf of Hillary’s campaign when he went to the FBI in September 2016 with a fake story about computer servers at Trump Tower “pinging” with those at Alfa Bank, a financial institution allegedly linked to Vladimir Putin, suggesting “collusion.” Fortunately, Alfa Bank sued Christopher Steele and others involved in this fabrication, and court documents apparently provided Durham’s investigators with a lot of pertinent details.

What we like about Mate’s piece is its look at the activities of Hillary’s “dynamic duo,” Sussman and Elias, as they fulfilled their mission to get the “Russia” narrative going. It’s also got some interesting details on Sussmann and CrowdStrike, the tech company that ended up with the DNC servers after the DNC claimed in April 2016 that their emails had been hacked. It was Sussmann who immediately hired CrowdStrike. And it was CrowdStrike who quickly made the claim — still unproven — that Russia had hacked the DNC servers to obtain the emails that were made public by WikiLeaks.

In moves that “smell” coordinated, just days before Sussmann hired CrowdStrike and pressed them to implicate the Kremlin, Elias retained opposition research company Fusion GPS to, as Mate puts it, “dig up dirt on Trump and the Kremlin.” CrowdStrike alleged the Russia “hack” and Christopher Steele produced his first “dossier” report within six days of each other. Mate’s report is the first we’ve seen of this part of the timeline.

But together, these two Democrat Party lawyers played a central role in defining the fake Trump-Russia narrative. In Mate’s words, their “odd relationship” with the FBI gave them “unprecedented influence over a high-stakes national security scandal that upended U.S. politics and ensnared their political opponents.” We’ve all heard plenty about Marc Elias, Fusion GPS and the “dossier,” so for now let’s focus on the emerging story of Sussmann’s involvement with CrowdStrike.

When another Perkins Coie colleague, Graham Wilson, told Sussmann in April 2016 that a DNC server had been breached, Sussmann immediately called CrowdStrike. (He later testified to the House Intel Committee that CrowdStrike had been hired on his “recommendation.”) And here’s something dodgy: CrowdStrike’s contract to examine the DNC servers was not with the DNC but with Sussmann and Perkins Coie. The contract states: “CrowdStrike shall cooperate with Firm in protecting the Parties’ communications and work product from disclosure under the attorney-client privilege, work product doctrine or other applicable privileges or protections.”

Pretty slick, huh? But Elias/Perkins Coie and Fusion GPS had the same arrangement, to protect their communications, too. And apparently, both attorneys hid the fact that it was the DNC and Hillary’s campaign who were footing the bill for the Russia Hoax. Everybody in this whole scheme was set up to have privileged communications!

Still, though I’m not a lawyer, I seem to recall that such privilege is not applicable if it’s a cover for breaking the law.

Apparently, it was Sussmann who controlled what the FBI was allowed to see. It was reported by The New York Times that within a day, CrowdStrike “confirmed that the intrusion had originated in Russia.” In June 2016, Sussmann and DNC executives met with the FBI and encouraged the Bureau to go public with the “Russia” story and even say specifically that it was espionage. Sussmann pushed hard for this but offered the FBI no evidence in the form of forensic images or an unredacted report from CrowdStrike.

So the FBI wasn’t ready to proclaim this, but that didn’t stop the DNC from going public on its own. Sussmann and CrowdStrike CEO Shawn Henry were named as sources for a story that ran in The Washington Post.

Weasel-Words Cover for Lack of Proof

Much later, after his testimony before the House Intel Committee was finally declassified in May 2020, we learned that Shawn Henry had no actual indication that the DNC servers had even been hacked, let alone by Russia. “There’s circumstantial evidence,” he said, “but no evidence that they were actually infiltrated.” U.S. intel officials were using weasel-words such as “likely” and “appears to” in their own documents — including Special Counsel Robert Mueller’s report — to cover up the lack of proof.

One big question is why the FBI would rely on CrowdStrike’s word on the “hacking” of the DNC servers. The FBI has said the DNC denied them access to the servers, while the DNC said the equivalent of, “Well, they never asked.” When Sussmann and Shawn Henry testified before the House Intel Committee in December 2017, they said the FBI “did not try” to conduct an independent investigation. Sussmann testified that he said he offered access to “everything CrowdStrike was developing,” but to his knowledge they never sought access. It’s hard to know what is true, especially since Sussmann has been indicted for lying. Another tip-off: he’s a lawyer for the DNC.

But former FBI Director James Comey testified that the FBI had made “multiple requests at different levels” to access the servers and had been denied. Gosh, it’s hard to know what to believe when known liars are contradicting each other.

James Trainor, who was then assistant director for the FBI Cyber Division, told the Senate Intel Committee that Sussmann had “scrubbed” the CrowdStrike report before it was given to the FBI, resulting in a “stripped-down version” that was “not optimal.” So the FBI was left with no investigation of its own, only CrowdStrike’s report that Sussmann had finessed and redacted. CrowdStrike’s original, unredacted report remains unreleased to this day.

So, no one has seen evidence of a Russia “hack.” But someone got the DNC emails to WikiLeaks. Julian Assange still won’t say, but he has said it wasn’t Russia or any state. There’s no indication — so far — that Durham is looking into that. CrowdStrike told Real Clear Investigations that the Special Counsel hasn’t been in touch.

But maybe he’ll find out from Michael Sussmann.