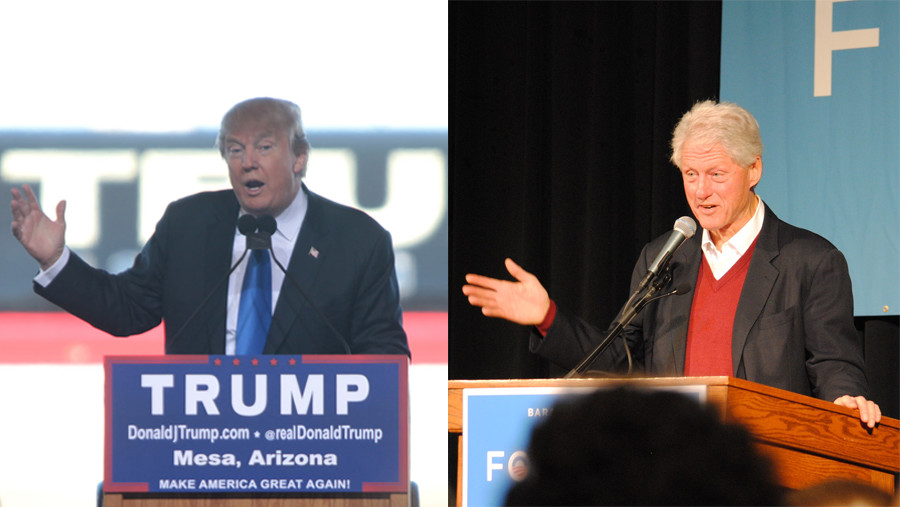 My esteemed colleague Michael Brown is right, as he typically is. And insightful on the motives of Democrats leading a self-destructive show trial of the president. Here’s the core of his argument.

On December 4, 2019, an op-ed in the Los Angeles Times announced: “Letters to the Editor: Democrats wanted Trump impeached from the start because he deserved it.”

In contrast, on December 18, 2019, Fox News published an op-ed by Matt Wolking titled, “Impeachment is based on Democrats’ hatred of Trump and anger at his election.”

Is it that simple? Has the Democrats’ intense hatred of the president impaired their judgment?

I’m sure Brown is right. Yes, because of his arguments, and the extent of Trump Derangement Syndrome through all U.S. elites.

But I have another reason, and it’s a not very edifying one. Namely, that I remember how I and my conservative, pro-life friends experienced the impeachment of William Jefferson Clinton. We drank it down like cool refreshing water in the desert. Because, at some level, we hated him.

On a purely rational level of cost-benefit analysis? I thought it foolish to spend political capital attacking a popular, successful president for perjury linked to extramarital sex. Furthermore, given how close the Republicans and Democrats were in the polls, was it really smart to make Al Gore the incumbent U.S. president?

Remember that at the time Gore was not yet the divorced, obese, bearded apocalypse-monger we know him to be today. He used to play at being a centrist Democrat. At one point he’d been pro-life. His wife, Tipper, had led a campaign against vicious, obscene music lyrics.

Given how close the Republicans and Democrats were in the polls, was it really smart to make Al Gore the incumbent U.S. president? Nobody cared.

In other words, he was electable. And indeed, he was almost elected, despite not having the advantage of campaigning from the White House.

As rational actors, Republicans should have known better. Between his regular tacks to the center, his folksy “bad boy” charm, and skill on the saxophone, Clinton was the perfect Democrat to preside over a golden age he never made.

That is, the brief, bright season between the collapse of the Soviet Union, and the explosion of Islamic terror. (The latter, of course, provoking American ideologues to launch a series of stupid wars.) Remember the “peace dividend,” balanced budgets, and the illusion that democratic capitalism would effortlessly seep across the globe? Clinton surfed that wave like the Big Lebowski, waving at all of us and calling us “Dude!”

He pretended to oppose same sex marriage. To want to make abortion “rare.” To be the new face of a centrist, mainstream Democrat party. But more than that, in a sadly authentic way, he represented the people.

Clinton was the guy who stopped jogging to gorge on cheeseburgers and fries on Saturday Night Live. He was the man secretly lusting for strippers, with the insufferable, puritanical wife. He was the lazy American who’d lucked out and found an easy union job with a pension. In other words, he was us, if not at our best then at our most relaxed. And after the Cold War, we wanted to relax. To blow off our cardiologist, drive to the Big and Tall Man shop to pick up more pants with elastic waistbands, and then bring home a case of Miller to wash down the cheese fries.

We Couldn’t Beat Him

Republicans couldn’t beat him. Even when we flipped Congress in 1994, all it took to derail any GOP pushback was some clumsiness on the part of the grandiose, equally seedy Newt Gingrich. Add in some appalling terrorist attacks by hateful white racist militias, and Clinton could plant himself in the vital center. Make his critics seem like scolds or even fanatics.

Just so, Donald Trump seems bulletproof to Democrat tactics. He shocked the media and other elites by capturing working class Americans, flipping states long written off by GOP strategists. Every “respectable” institution in the country has tried to delegitimize him, for instance by branding him falsely as Putin’s puppet. But nothing sticks.

In the same way Bill Clinton drove us crazy. We couldn’t defeat him. So we ate up every conspiracy theory about his sordid rise to power in Arkansas. Then snapped up books about how he might have caused a cabinet member’s plane crash. We made up long lists of “Clinton body counts,” without really even wondering if they were true. Of course they were true.

And for all I know, they might have been; but my point is we rushed to judgment. At least I did.

So when the opportunity came around to hoist this trailer park tomcat on the same rope Democrats had used to lynch Clarence Thomas, we jumped at it. You want sexual harassment? We’ve got it right here. (Of course, the darker, credible charges of actual rape against Clinton went into the media shredder. Nor did we know of his trips to Pedophile Island with Jeffrey Epstein.)

So we determined we’d try to impeach and remove a president for committing perjury about oral sex.

Like most of my friends, I heard my brain saying, “This is stupid! It will backfire!” I knew that Republicans wouldn’t be impeaching one of their own over something like this. JFK’s use of the White House as a whorehouse never tarnished his “martyr’s” halo for most Americans. I calculated that being the incumbent president would likely guarantee Al Gore winning in 2000.

None of it mattered. Along with my friends, I ate up every sordid detail in the Starr Report with relish and onions. I didn’t think of the gravity of perjury, or the evils of workplace sexual harassment. I even stopped worrying over whether all this would help Al Gore get elected.

I just enjoyed watching this wicked, clever, and worst of all successful enemy suffer. His humiliation before the world made me happy. Watching his arrogant, power-hungry wife fume and sulk, then abase herself by “standing by her man,” just like all those “bimbos” whom Bill loved and she scorned …? Well I sipped all that like a warm cup of tea on a cold winter’s night. If we couldn’t defeat Clinton politically, at least we could make him crawl.

Looking back some 20 years later, I realize that this was no way to live, much less to think about politics. It’s both a sin and a blunder.

And if the Democrats don’t repent of their own malicious folly, it could doom them in the 2020 elections. Sometimes, when you see the Gadarene Swine headed straight for the cliff, you just need to get out of the way.

And don’t walk up to the cliff to look down there and gloat. It’s a slippery slope.