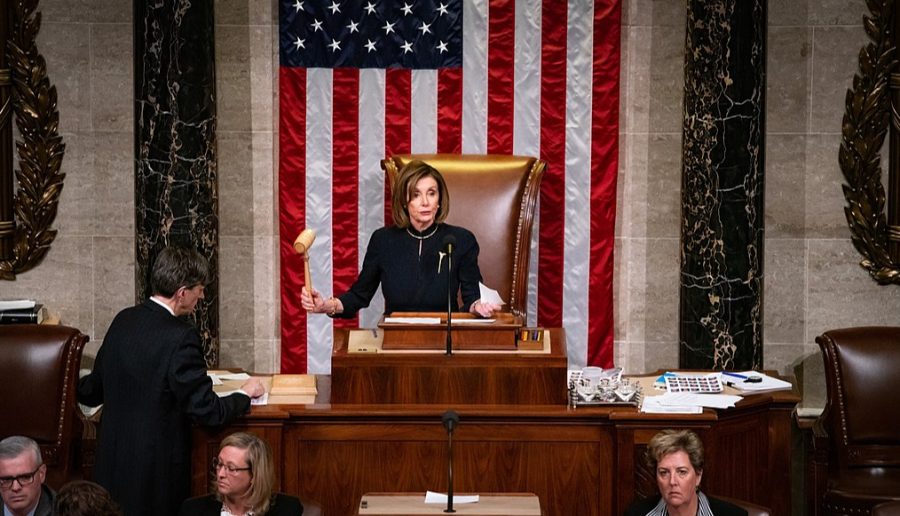 It has been a virtual certainty from day one that the Republican-led Senate would not vote to remove President Trump. And many political pundits would agree that the House’s vote to impeach Trump, led by the Democrats, will only make him stronger. Why, then, proceed with such a suicidal political mission?

What Motivates the Trump Impeachment?

I’m sure there are some principled politicians in the House who genuinely believe that Trump is a danger to America and that he has committed crimes worthy of impeachment. In that case, they would be conscience-bound to vote for impeachment. It wouldn’t matter whether Trump would be removed or whether their vote would only empower him all the more.

But I seriously doubt that many other Congressmen operate with such pure, non-partisan motives. For most of them, every vote is calculated. Will this help my reelection chances? Will this empower our party? Will this serve our larger goals?

Lest anyone be so idealistic as to doubt the highly partisan nature of our political system, just look at the latest polling data on the FiveThirtyEight website. As of January 20, 86.3% of Democrats support impeaching the president. In contrast, just 12.6% of Republicans support his impeachment. Hardly an even split.

The Democrats Suffer From Impaired Judgment

Why is it, then, that the Democrats have been so hell-bent on impeaching Trump, even before his inauguration? Why did they jump at the opportunity of exploiting the Ukraine call based on partial, second-hand evidence (at best)?

On December 4, 2019, an op-ed in the Los Angeles Times announced: “Letters to the Editor: Democrats wanted Trump impeached from the start because he deserved it.”

In contrast, on December 18, 2019, Fox News published an op-ed by Matt Wolking titled, “Impeachment is based on Democrats’ hatred of Trump and anger at his election.”

Is it that simple? Has the Democrats’ intense hatred of the president impaired their judgment?

On February 11, 1999, one day before President Clinton was acquitted, Senator Charles Schumer outlined his reasons for opposing the impeachment process. He focused on the painful toll it had taken on the nation.

As the New York Post reported, Schumer’s words from 20 years ago are coming back to bite him today.

He wrote, “If you had asked me one year ago if people like this with such obvious political motives could use our courts, play the media and tantalize the legislative branch to achieve their ends of bringing down the President, I would have said ‘not a chance — that doesn’t happen in America.’”

He also said this: “It seems we have lost the ability to forcefully advocate for our position without trying to criminalize or at least dishonor our adversaries — often over matters having nothing to do with the public trust. And it is hurting the country; it is marginalizing and polarizing the Congress.”

Schumer closed his passionate letter with a call for unity between the parties. But he also wrote this:

It has shaken me that we stand at the brink of removing a President — not because of a popular groundswell to remove him and not because of the magnitude of the wrongs he’s committed — but because conditions in late 20th century America has made it possible for a small group of people who hate Bill Clinton and hate his policies to very cleverly and very doggedly exploit the institutions of freedom that we hold dear and almost succeed in undoing him.

That seems to be the operative word today.

President Trump’s political opponents hate him with a passion that drives them. Even if their impeachment efforts are suicidal from a political perspective, they can do no other. At the least, as Rep. Nancy Pelosi said on the Bill Maher show, addressing Trump, “You are impeached forever.”

Again, I’m sure there are elected officials who truly feel they are acting rightly. They are convinced that Trump is a disgrace to the White House and a danger to America. And, as always, I’m neither minimizing nor whitewashing the president’s failures and faults.

The Scorpion and the Frog: A Fable for Today

But when it comes to the “why” behind the impeachment process, it reminds me of the fable of the scorpion and the frog.

As the story goes:

A scorpion, which cannot swim, asks a frog to carry it across a river on the frog’s back. The frog hesitates, afraid of being stung by the scorpion, but the scorpion argues that if it did that, they would both drown. The frog considers this argument sensible and agrees to transport the scorpion, but midway across the river the scorpion stings the frog anyway, dooming them both. The dying frog asks the scorpion why it stung the frog despite knowing the consequence, to which the scorpion replies: “I couldn’t help it. It’s in my nature.”