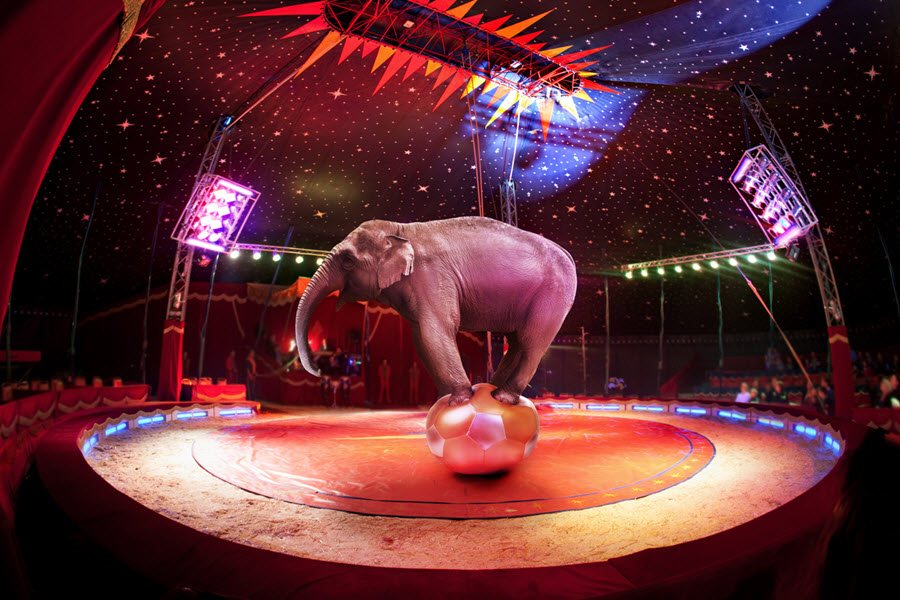 Late night comedian David Letterman was well known for his “Top Ten Reasons for…” It was a staple of his show. Cueing off of that, here are the “Top Ten Reasons Why This Is The Most Unusual Election Ever!”

Opportunities for voter fraud are likely the greatest ever, by virtue of (1) unrequested ballots mailed, (2) multiple ballots being mailed to homes, with a single residence receiving up to six ballots, (3) ballot harvesting techniques, (4) “drive through” voting, (5) not asking for proof of residence [this happened to my family; no proof required at all], and (6) an obsession of some NeverTrumpers who feel that they must do anything – and that means anything – to block Donald Trump’s reelection and (7) what is known as the HAMMER and SCORECARD (google them), and the alleged computerized methods of changing votes.

Covid-19 vastly impacted the type of campaigning that has always been practiced. There were not even any normal, in-person conventions, which is totally unprecedented. I have attended the GOP conventions of 1984 in Dallas, 1984 in New Orleans, 1992 in Houston, 1996 in San Diego, 2012 in Tampa Bay, and 2016 in Cleveland. It is stunning that this major feature of American politics was absent.

Ronald Reagan was 69 when he ran for president in 1980 and was challenged that he might be too old. However, Reagan was remarkably alert and articulate. In contrast, Joe Biden is 77, showing dangerously low energy levels and – to the concern of all – unable to speak coherently on many occasions. Donald Trump is running for a second term at age 74, recovering from Covid-19, yet working quite literally around the clock in a way people half his age cannot.

Never in American history has the election been threatened with widespread violence. This is being written on the day of the election, so we do not know what to expect, but never before have America’s cites boarded up for an election. Regardless of whether the violence occurs or not, this is an ominous sign for where the nation is morally. As of this writing – on the day of the election – the violence is being threatened “from election day until the inauguration.”

Four years ago, I was in Washington, DC, celebrating the election of Donald Trump, and being interviewed for the media late into the night in front of the U.S. Capitol Building. The thought of violence never crossed my mind, or that of anyone else. In 2020, election parties are cancelled and people are afraid to be out of their homes. As a nine year old, I saw the scaffolding being built (then on the east side of the Capitol Building) for Eisenhower’s 1957 inauguration. I attended the inaugurations of Jimmy Carter in 1977 (for whom I did not vote), George Bush in 2005 and Donald Trump in 2017. Threats of violence could possibly impact or even disrupt the inauguration of 2021 if Donald Trump wins the election.

In 1944, the Democratic leadership knew that Franklin Roosevelt, running for a fourth term, would not live out his full four years, thus the vice presidential selection was critical. Henry Wallace was immensely popular and was about to be elected to that post. (This was when the delegates voted on the VP position, rather than the winning nominee picking his own running mate.) The bosses of the Democratic Party, knowing that Wallace was a socialist, blocked the evening vote, manipulated matters during the night, and the next morning managed to rob Wallace of the victory, chose Harry Truman, and thus saved America from a socialist VP who was destined to become president. In contrast, in 2020 the Democrats selected a radical socialist, Kamala Harris, even though it is widely thought that the stumbling Biden will never be able to finish out a four-year term.

Media bias is not new. For the last 40+ years, it has been obvious that much of the media is in the hip pocket of the Democrats, by (1) analysis of the reporting, (2) the party with which they are registered, (3) the party to which they contribute and this year, (4) the way in which the Hunter-Joe corruption scandal was totally ignored. Republicans and conservatives have grown used to media bias against them. As a general rule, candidates are afraid to call out thee media for their bias. Trump, however, calls out the “fake news” on every opportunity.

Never before has a candidate enjoyed spontaneously organized massive car parades, truck parades, farm tractor parades, motorcycle parades (even one in Jerusalem!) and Amish buggy parades (reportedly with 30,000 buggies!). Remarkably, these pro Trump parades were not organized by or affiliated with the campaign. They were organic. Some parades were said to stretch up to 96 miles. This is stunning.

I have followed politics since August 13, 1956 when, as a nine year old, a “governmental anointing” (not sure what else to call it) came upon me. I have watched the news every day from the previous year, age 8, until the present. Never ever in history has one candidate just stayed at home. Biden did almost nothing. When he ventured out, he only worked off of a teleprompter to help him know what to say. His crowds were infinitesimally small, claiming it was because of Covid-19. Everyone knew that that excuse was so important given the fact that he could not have produced a large crowd had he tried. The other candidate had crowds larger than anything we have ever seen. The intensity of the campaign schedule is likely the most profound since the 1992 campaign of Bill Clinton. I attended Bill Clinton’s last campaign stop in Ft. Worth, TX around the midnight hour of the election eve. (Note: I was definitely not for Clinton. I simply wanted to attend.) I have not seen a candidate with that drive since Donald Trump.

This is not your grandfather’s Democratic Party. Most people do not realize that there was a time when the Democrats stood for the sanctity of life and the sacredness of marriage. A time when virtually all Democrats stood with Israel. When they cared about the “common man,” and well before they labeled them “the deplorables.” And they cared about God. President Franklin Roosevelt – a Democrat – led the nation in a mighty prayer, appealing for God’s help, on June 6, 1944. President Harry Truman – a Democrat – recognized Israel as a sovereign nation on May 14, 1949 at 6:11pm, one of the most important acts any American president has ever done, releasing God’s blessing on this nation. President Bill Clinton, on September 21, 1996, signed the “Defense of Marriage Act.” But things have changed.

Bishop Art Hodges noted the differences in the two party platforms in 2020. He wrote:

One mentions Mother, the other doesn’t.

By the way, the one that DOESN’T mention Marriage, Father, or Mother . . . DOES mention LGBT, Gay, Lesbian, Bisexual, Transgender

Given these realities, one can quickly see that a Jesus follower has only one option. But this is where this year’s election became even more bizarre.

For the first time ever, previously respected, evangelical leaders wrote strange defenses for voting for a candidate and platform which supported the murder of babies in the womb or the destruction of God’s definition of marriage. John Piper, Tim Keller and others have provided casuistry, which is defined as “the use of clever but unsound reasoning, especially in relation to moral questions,” or “sophistry.”

But the good news is, there was and is a mighty throng of Jesus followers who understand the folly of that, who have rallied around truth, some who have even counseled President Trump, who have prayed for him and with him. Myself included: 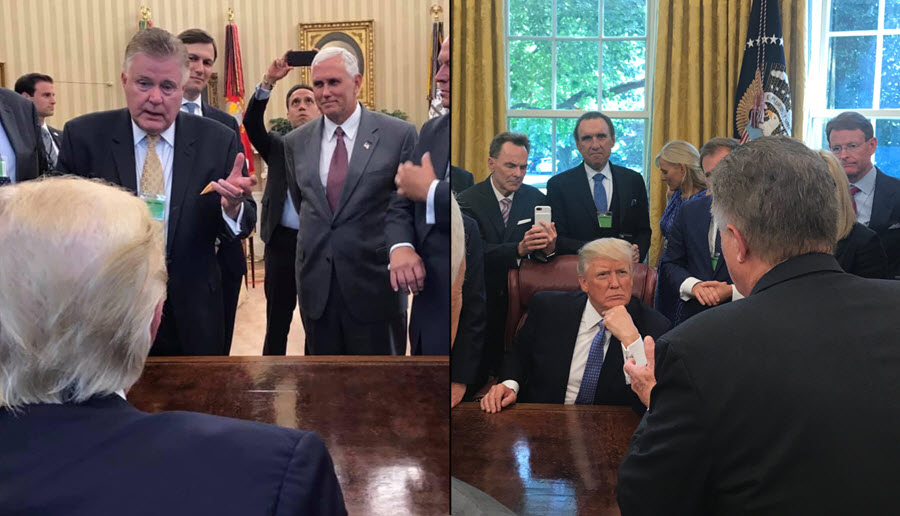 I thought the 2016 election was the largest “prayer avalanche” I would ever see. But 2020 has surpassed that. People went from merely praying to interceding. They went from intercession to travailing. The people of God emerged – with the largest prayer movement ever known in American governmental-political life. And regardless of who wins the election – remember, this is being written midday on election day, so the winner is not yet known – this prayer army will continue, praying down righteousness, holiness, true biblical justice and truth on America.

Dr. Jim Garlow and his wife Rosemary live in San Diego but have a ministry called Well Versed with Bible studies to Members of Congress, persons at the United Nations in New York City, and with Members of Parliament and government leaders in many nations.