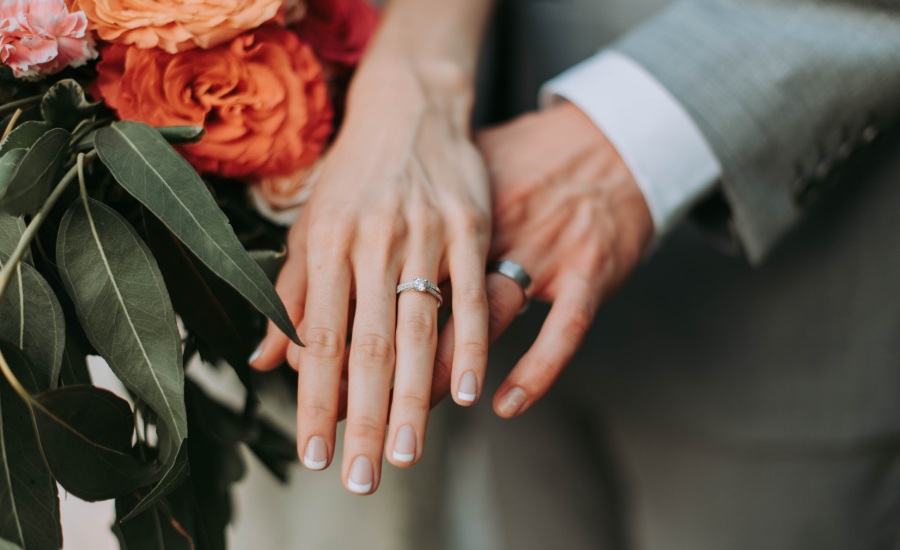 This is an entry in The Stream’s Foundations series. We offer it for Valentine’s Day and World Marriage Day.

Evangelicals and Catholics have a reputation. We’re opposed to homosexuality, and gay marriage in particular. People see us as the “anti” group because of it, but they’re wrong. The reality is that we’re a “pro” group. We support marriage — the traditional kind, between a man and a woman. We’re pro-marriage because we see marriage as a distinct human good worth honoring and protecting. We oppose what threatens this good thing. That’s why we’ve had to take a stand against gay marriage.

Five basic biblical passages speak to God’s prohibitions on homosexuality: Leviticus 18:22, 20:13; Romans 1:26-27; 1 Corinthians 6:9; and 1 Timothy 1:10. Some have looked at that and concluded, unfortunately, “If the Bible doesn’t like LGBT, then I don’t like the Bible.” They don’t realize that God is a God of love. He’s not looking for ways to kill our fun, but rather to enhance our lives, according to the design by which He designed us.

God’s view on homosexuality is closely aligned with His view on marriage. From the opening chapters of Genesis to the closing pages of Revelation, God supports and celebrates marriage, which is always between a man and a woman. Jesus clearly endorsed that view in Matthew 19:3-9. Same-sex marriage was known in Greco-Roman culture during New Testament times, but the Bible supports only marriage between man and woman.

God Intends It For Our Good

This may seem restrictive, but God intends it for our good. He knows us better than we know ourselves, after all. It is He who made marriage to be the good that it is. His instructions on it, including his commands regarding sex, are for the purpose of keeping it the good thing He intended it to be.

Still, many would say He went too far in limiting marriage the way He has. What’s wrong with a man and a man, or a woman and a woman, enjoying the same kind of relationship that a man and a woman can enjoy? Christians in this day need to know more than what the Bible says about sex and marriage. We need to be able to explain why the Bible’s teaching is good; why God was helping us, not harming us, with his guidelines and instructions.

One key part of that explanation is that same-sex marriage isn’t the same kind of relationship as traditional marriage. It can’t be. Man-woman marriage is a unique relationship not matched by same-sex couples, and as such it has unique importance. It’s crucial to the building and maintenance of strong children and strong communities. When marriages turn to other purposes instead of that, it weakens. If that change becomes widespread, it undermines marriage itself, which results in real, lasting damage to the same children and communities.

That’s exactly what happens when gay marriage becomes widely approved, and it’s one key reason Christians can agree with our Lord that He knew what He was doing when He designed marriage the way He did. But these paragraphs have only barely outlined the reasoning for this. The rest of this article will expand upon it.

Marriage is a Unique Relationship

Marriage differs from all other relationships in that it is the one best setting in which to raise children, build communities, and build a stable, enduring society.

This used to be completely uncontroversial. There was a time when everyone knew that being married meant having kids, unless medical circumstances prevented it, and that kids need a mom and a dad. That latter fact is still true. You don’t need tons of research to show it; kids will tell you. Just ask any 14-year-old, “Are your parents still married, still loving each other, still getting along?” If they say yes, ask, “Are you glad?” If they say no, ask, “Do you wish it could be that way?” You know how they’ll answer.

Marriage has changed over the past half-century or so, however. That change began in the context of heterosexual marriage, and it has not been healthy. Same-sex marriage follows right in the train of that toxic turn in marriage culture.

Marriage used to be about much more than the couple. It was oriented forward into the future, and outward into the community. It had to be: The marriage relationship was one that naturally produced children. Since the advent of easy, reliable contraception, however, sex has become separable from having kids, so it’s also separable from marriage, and this in turn makes marriage separable from “having a family.”

Therefore, for many people, there’s no essential connection between marriage and children. It’s about the couple. Even if they decide to have kids, that decision is in many ways about the couple, too: They choose what they want, what they “need,” what they think they can handle and afford.

In all these ways, marriage has become (for many) about the pair, a “just you ’n me, babe” affair. This has consequences, since that’s not what marriage was meant to be, and it’s also not a great way to keep a marriage strong. “Just you ’n me” can easily turn into, “What? You and me? Still?” When the marriage no longer fulfills the function the couple thought it was meant to fulfill, and they end it.

What Happens With “Just You ’n Me, Babe” Marriage

Divorce has skyrocketed since the 1960s, and “just you ‘n me” is not the only reason. But it’s certainly a major contributor. If marriage is about the family and the future, couples are bound to remain more committed. If it’s just about the two of them, it can easily become a throw-away relationship.

So now, generations of children are reeling now from divorce. But the result spreads further than that. Twenty years ago, Robert Putnam observed we were “bowling alone” — the title of his book on our loss of community. When marriage is about family and the next generation (as well as being for the couple, naturally), couples tend to invest in community, but not so much when home life is more about “just you ’n me, babe.”

On an even broader scale, today’s angry, polarized politics demonstrates how we’ve lost the ability to get along when we disagree — a skill people should be learning in families and neighborhoods as they grow up.

Marriage is good, then, for children, for communities, and for society as a whole. And if that’s not enough reason, many studies have shown the one greatest individually controllable difference between poverty and adequacy or abundance is marriage.

Still, one might ask what all this has to do with gay marriage. Sure, it’s good for straight couples to raise families. What is there about that, though, that makes it bad for gays and lesbians to marry?

One could answer by pointing to biblical passages, and for those who accept the Bible as the authority, that should be sufficient. Not everyone does, though, obviously. What answer do we give them, to show that the Bible isn’t outdated on this?

There are many answers, actually. We can only focus on one here. It’s about protecting marriage from further destruction.

Marriage needs social support. It’s difficult staying married. What starts as starry-eyed romance quickly devolves into the hard realities of living in close quarters with a flawed human partner. (Your spouse’s spouse is flawed, too.) Where marriage is honored and supported, couples tend to work through these problems. Where marriage is devalued, spouses are more likely to see the relationship as tentative throw-away. If it works, it works, if not then, “Oh, well.” This is a far cry from, “We’re committed to making this work.”

And this contributes to a cycle of weak, short, painful marriages, leading to adults who haven’t discovered what it really means to grow up in loving, responsible relationships. Think of the other answer that 14-year-old might give: “Oh, you don’t know my dad. I can’t imagine being around him.” Or even the answer, “But I don’t know my dad.” There’s no quick, easy answer to that, but the eventual, long-term answer must include stronger families for boys and men to grow up in.

But still, what does this have to do with gay marriage? Today’s rampant marriage problems began 50 to 70 years ago in the heterosexual community. Gay marriage isn’t primarily to blame. But it does represent a legal and social stamp of hearty approval on everything that has undermined real marriage. Gay marriage is inherently “just you ’n me, babe.” Gay couples can adopt, but that’s accidental to their relationship, not inherent.

And the best research to date by far shows that kids do better with a mom and dad than with same-sex parents. I say “to date,” because anyone who tells you the research is already finished and settled is wrong. It’ll take decades to discover how gay parenting really works out for children. How our society agreed it was okay to experiment on kids this way in the meantime is beyond imagining. It’s appallingly unethical — especially since the early results are not encouraging.

When the U.S. Supreme Court approved of same-sex marriage, it said in effect, marriage isn’t for children, and it’s not really so much for future generations, either. It’s for the satisfaction of the couple, and some legal benefits besides. The state decreed that the next generation wasn’t all that important anymore.

This is just one negative effect of gay marriage. Others may be found in the recommended resources below.

For supporting marriage that builds the next generation, Christians have a reputation as haters. There’s more than a little stereotyping going on there. Perhaps some projection, too.

When we look at how gays have targeted Jack Phillips and his bakery in Colorado, for example, it’s hard to see that as anything but hate in action. They don’t need him to supply the services they’ve demanded. They just want to see him buckle, or be forced into either compliance or massive penalties. They want him serving as an example to the rest of us. Similar things could also be said about forced compliance with transgender demands.

The Christian answer is to stand firm with the truth, speaking it in love (Ephesians 4:15), letting our speech be both wise and gracious (Col 4:6-7); and especially avoiding stereotyping gays and lesbians. Our greatest pushback — the worst anti-Christian hatred — comes from the activists, and they’re a minority of homosexual and transgender persons. In any event, we’re to seek to follow Jesus’ example of truth and grace (John 1:14, 18).