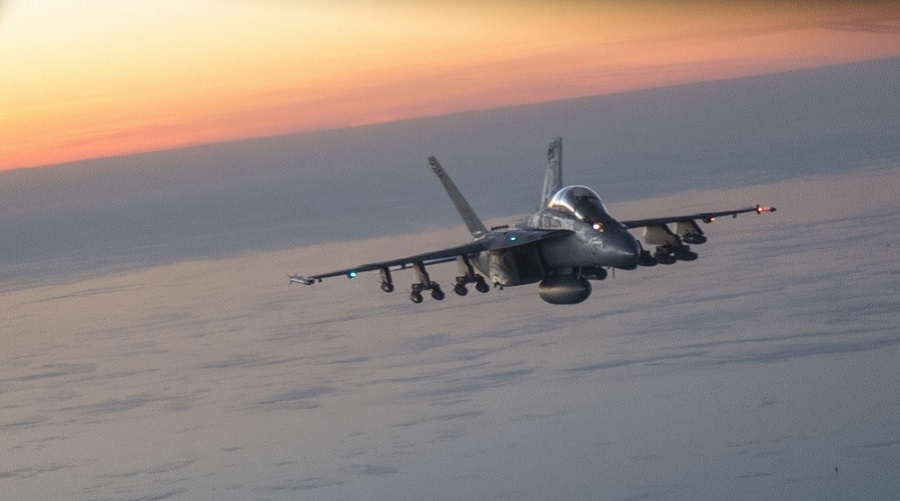 The U.S.-led war effort in Afghanistan intensified this week as American warplanes launched two days of airstrikes on the Taliban.

According to Stars and Stripes, the southern Helmand province airstrikes were in response to the Taliban repeatedly attacking Afghan forces in violation of a February peace agreement. President Trump said last week that he hoped to have all U.S. forces out of Afghanistan – where American troops have been fighting for more than 19 years – by Christmas.

In an NPR interview earlier this week, the Chairman of the Joint Chiefs of Staff would not address the exact number of troops he expects to be in Afghanistan at the end of the year.

“The key here is that we’re trying to end a war responsibly, deliberately, and to do it on terms that guarantee the safety of the U.S. vital national security interests that are at stake in Afghanistan,” Gen. Mark Milley told NPR.

The approximately 8,500 U.S. service members still serving in Afghanistan are warriors, but also real people with families who miss them dearly. Please join The Stream in praying for all American heroes in harm’s way, as well as their loved ones here at home.

This week also marks six years since American troops began fighting ISIS in both Syria and Iraq. Thousands of American service members have made staggering sacrifices since the war against ISIS began in 2014.

This week marks 6 years of the @Coalition mission to #defeatdaesh in Iraq and Syria. In 6 years the Coalition has liberated more than 110k sqKm in Iraq/Syria & nearly 8 million innocent civilians. pic.twitter.com/3V6ehcN25R

We thank each and every soldier, sailor, airman, Marine, veteran, fallen hero and Gold Star family member for helping rid the world of evil.

The brave men and women of our military are also fighting a war against COVID-19.

In Minnesota, the National Guard has been called into two nursing homes experiencing coronavirus outbreaks. The Minneapolis Star Tribune reports that “the Minnesota National Guard has a cadre of Army and Air National Guard personnel who are trained doctors, physician assistants, nurses and emergency medical technicians who can be deployed to facilities facing a staffing crisis.”

The newspaper also reported that a third of one nursing home’s staff and 60% of residents have been infected. Soldiers and airmen will spend the next two weeks at the nursing home caring for residents and helping administer tests.

“If you have to call out the National Guard, that is an extreme step — and it should be a call out to all of us that we need to invest in staffing and retention in nursing homes,” says SPH professor Joseph Gaugler. #covid19 @UMNCHAI @StarTribune https://t.co/lWjBnwV3JY

This week in Tennessee, the National Guard administered its 400,000th test since March.

“Our soldiers and airmen have been working around the clock since the pandemic began,” Tennessee National Guard Lt. Col. Keith Evans said. “The number of citizens they have helped is a testament to their dedication to their neighbors and communities.”

Our nation’s brilliant men and women in uniform are fighting the war on coronavirus despite risks to their own safety. Nearly 50,000 U.S. troops have been infected since COVID-19 reached American shores, according to Department of Defense statistics, including eight deaths, 635 hospitalizations and 34,187 recoveries.

We pray for all U.S. troops and military families affected by this pandemic and thank them for sacrificing so much to keep Americans safe from this deadly virus.

A large group of American service members is back home in Virginia after more than nine months supporting the war effort in the Middle East. 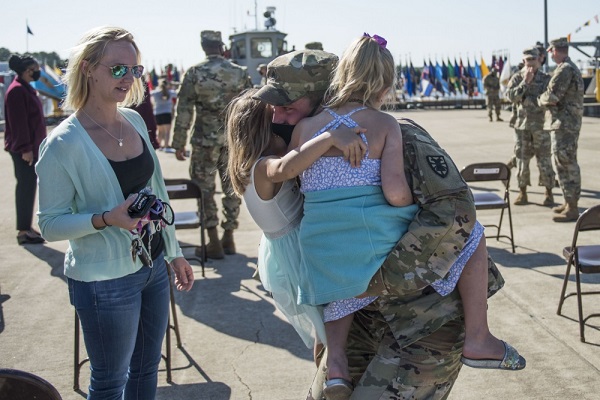 A U.S. Army solder embraces his family at Joint Base Langley-Eustis in Virginia on October 8, 2020, after spending more than nine months overseas.

Welcome home, warriors! Thank you for defending our freedom.