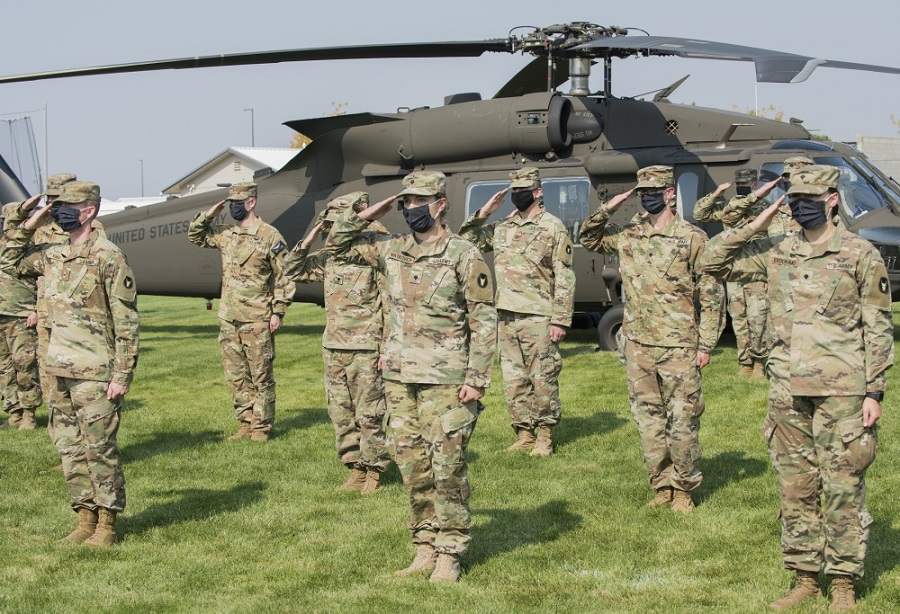 Is the war in Afghanistan, which turned 19 years old this week, about to end? According to a Wednesday night tweet by the commander-in-chief, the answer appears to be yes.

We should have the small remaining number of our BRAVE Men and Women serving in Afghanistan home by Christmas!

Nobody deserves a Christmas present more than military families enduring the strain of overseas deployments, particularly during a global pandemic. There are approximately 8,500 brave U.S. troops still serving in Afghanistan, which means 8,500 spouses, children, parents and siblings are eagerly awaiting the return of their loved ones.

Time will tell if President Trump is able to bring all American service members home from Afghanistan by Christmas, which would be six months ahead of the timetable specified in a deal between the U.S. government and the Taliban that was signed in February. The war-torn country remains a violent place, with another deadly attack reportedly carried out by the Taliban on Monday in Laghman province.

Please join The Stream in praying for our troops and all innocent Afghan civilians caught in the crossfire. We humbly ask God to keep our heroes safe before they are hopefully able to embrace their loved ones in what would be a truly beautiful Christmas gift.

About 600 American service members are still at war against ISIS and other terrorist groups in Syria.

As you can see in the below photos, however, these American warriors are still willing to risk their safety to brighten the smiles of children who remain trapped in the darkness of chaos and civil war.

The @Coalition continues to utilize A2 Bradleys to provide force protection and support to our partner forces in NE Syria. U.S. Soldiers attached to CJTF-OIR recently stopped to hand out candy and interact with the locals during a convoy operation. pic.twitter.com/7MxkzxIZu5

Images such as these are often dismissed as Pentagon propaganda, but I firmly disagree. Having frequently spoken to troops, veterans and Gold Star families for the past decade, I have heard countless stories about efforts such as these aimed at helping civilians and specifically children.

While handing out candy or school supplies won’t usually grab headlines, these are nevertheless selfless acts of heroism by American troops who have no way of knowing whether a bomb is buried beneath them or strapped to someone’s chest. The fact that so many of our troops are willing to risk their safety in war zones to perform acts of kindness is a tribute to the bravery and brilliance of our country’s volunteer warriors.

Two captured ISIS terrorists accused of participating in the torture of hostages, including four Americans abducted in Syria, have been flown to the United States from the Middle East to face justice.

The captured terrorists are being held in Alexandria, Virginia, and will spend the rest of their lives in prison if convicted.

“The reach of American law is long, but our memory is even longer,” Assistant Attorney General John Demers said this week. “No matter how long it may take, we will never forget, and we will never quit.”

Several of our country’s highest-ranking military leaders are in quarantine after Admiral Charles W. Ray, the Vice Commandant of the Coast Guard, tested positive for COVID-19. Those taking precautions include Gen. Mark Milley, the Chairman of the Joint Chiefs of Staff.

BREAKING: Chairman of the Joint Chiefs of Staff Gen. Mark Milley and at least 3 other members of the 8-member Joint Chiefs are quarantining after the Vice Commandant of the Coast Guard tested positive for Covid-19, defense officials say. https://t.co/NcGy80hxY9

As military leaders and the commander-in-chief are impacted by the coronavirus, the U.S. military’s massive effort to stop the spread and help those in need continued this week throughout the country. From running test sites and food banks to protecting nursing homes, there is no limit to the military’s battle against the deadly disease.

Earlier this week, I had an opportunity to see part of our military’s coronavirus response up close. On Tuesday, I went to the FITTEAM Ballpark of the Palm Beaches in West Palm Beach, Florida, to take a COVID-19 test.

As a season ticket holder at the spring training ballpark, which is shared by the Washington Nationals and Houston Astros, I was amazed to see how the Florida National Guard transformed an area I parked in as recently as March into a well-organized testing center. I was in and out of the parking lot within ten minutes, and thankfully, received my negative test result about an hour later.

Tested negative for #COVID19 today at the #Nats–#Astros Spring Training stadium (@FITTEAMBallpark) in West Palm Beach, Florida. Thank you to the @FLGuard, @pbcgov, @PBCountySheriff & all the #HealthCareHeroes who keep this #coronavirus testing site so highly organized & efficient pic.twitter.com/5So0Nsb9vg

Thank you to the Florida National Guard and the tens of thousands of brave U.S. troops for risking your safety during the war on coronavirus. Every single day, you help save lives and help Americans cope with the widespread impact of this pandemic. 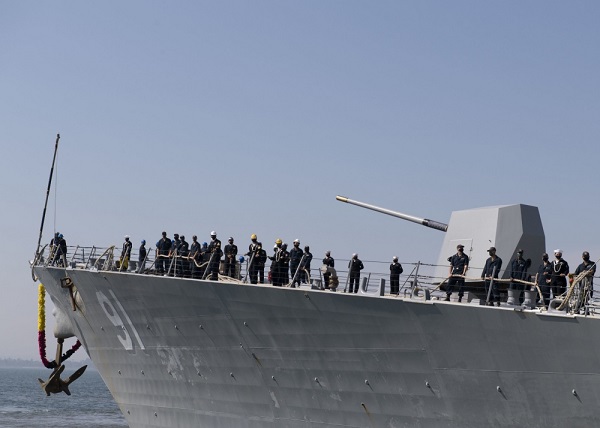 The guided-missile destroyer USS Pinckney returns to its homeport of Naval Base San Diego following the successful completion of a nine-month deployment on October 5, 2020.