The Stream's weekly look at the sacrifices of U.S. troops and military families at home and abroad. 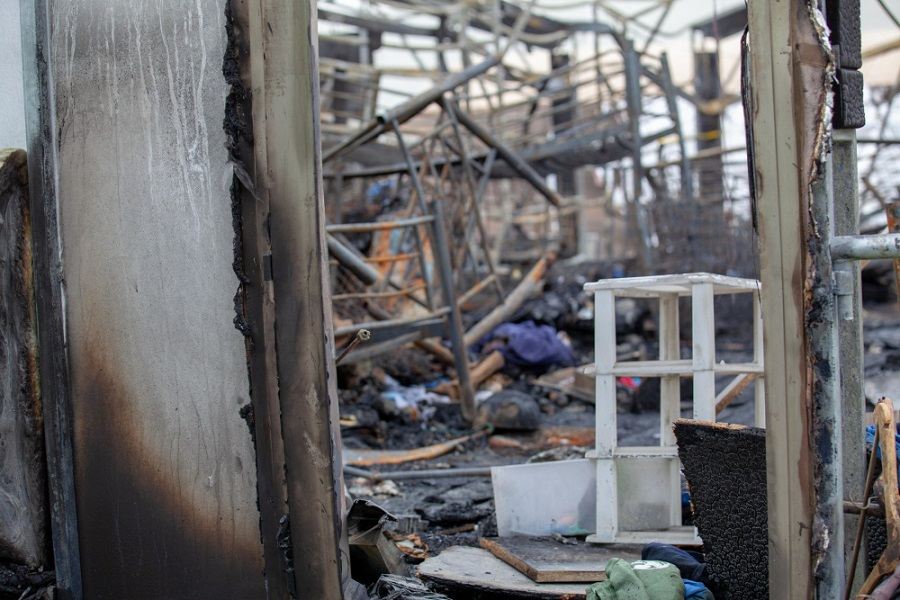 The aftermath of a February 15, 2021, rocket attack at Erbil Air Base in Iraq as seen two days later.

American troops are still at war in Iraq, Syria, Afghanistan and other dangerous places around the world.

This week, more enemy rockets rained down near the U.S. Embassy in Baghdad. POLITICO reports that Monday’s strike was “the third such attack in Iraq in the span of one week.” By the grace of God, no one was injured.

The U.S. military responded to the rocket attacks on Thursday evening, launching an airstrike on targets in Syria.

The Pentagon confirmed that Thursday’s U.S. airstrike in Syria was a direct result of the rocket attacks in Iraq.

“These strikes were authorized in response to recent attacks against American and coalition personnel in Iraq, and to ongoing threats to those personnel,” said Pentagon Press Secretary John Kirby, as quoted by Fox News.

The exact U.S. troop level in Syria is not known, but thought to be in the hundreds. There are currently about 2,500 serving in Iraq.

US launches airstrike against Iranian-backed forces in Syria https://t.co/ybw2shnk7B

The same number of American service members are at war in Afghanistan, where ongoing violence continues to threaten the peace process.

“The past year, and especially recent months, have seen unprecedented violence across the country and particularly in Kabul,” Stefanie Glinski writes this week in Foreign Policy magazine. “Since September 2020, Afghanistan has seen around 200 assassinations, an Afghan security official said.”

With a May 15 deadline to withdraw all U.S. troops looming under an agreement the Trump administration made with the Taliban, President Biden is now tasked with deciding how and when to end America’s longest war.

“Nearly 20 years of U.S. involvement in Afghanistan might very well be defined by the next three to six months. Likely with profound consequences for U.S. national security and the future stability of the region,” Democratic Rep. Stephen Lynch said during a congressional hearing last week, according to NBC News.

Please pray for all American troops in harm’s way, as well as their families here at home.

Thousands of U.S. service members are busy administering and receiving COVID-19 vaccines in their communities and on military bases around the world.

“The warm embrace and appreciation received from patients fills my spirit with joy knowing I am participating in the initiative to stomp out the spread of COVID-19,” Michigan National Guard Maj. Michelle Hill recently said. “Our job is only half done. All those vaccinated will come back for their second dose, and I will be happy to see them again.”

The Military Times reports that military-run mass vaccination sites opened Wednesday in Texas and New York. Another is open in Southern California, with more set to open early next month in Pennsylvania and Florida.

Thank you to our brave men and women in uniform for their tireless efforts to keep Americans safe throughout the coronavirus pandemic.

While we pray for the troops still at war, we simultaneously rejoice as thousands come home. 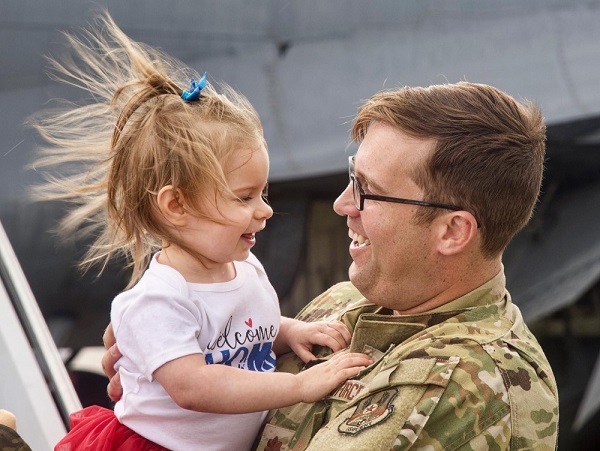 A U.S. Air Force airman is greeted by his daughter at MacDill Air Force Base in Florida on February 11, 2021, after returning from a deployment to the Middle East.