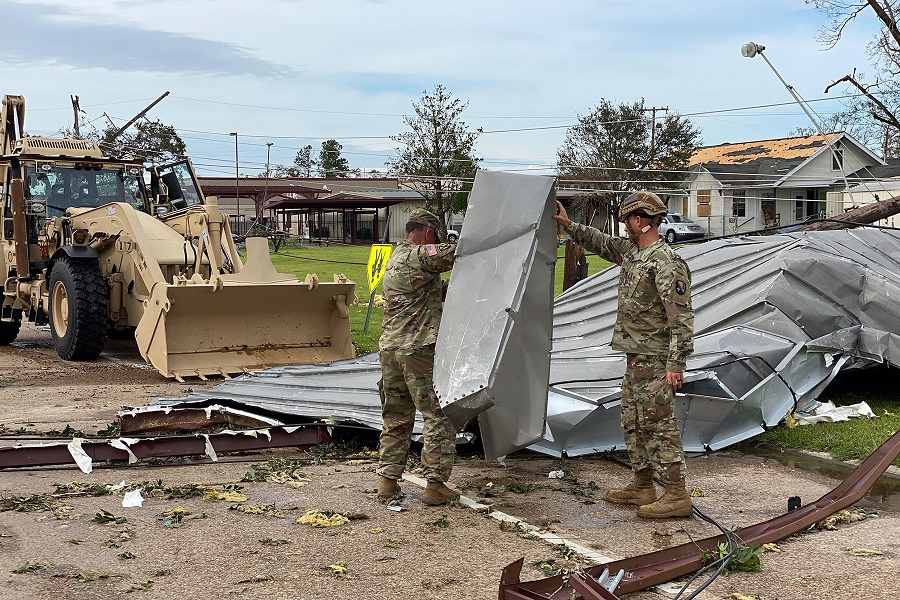 The U.S. military is still at war, but our brave men and women in uniform are never too busy to step up and help their fellow Americans.

As Hurricane Laura made landfall early Thursday morning near the Texas-Louisiana border, thousands of National Guard soldiers and airmen were helping citizens stay safe from the dangerous Category 4 storm. Guardsmen were also preparing for “high-water vehicle and boat evacuations, both boat and air search and rescue operations, logistical support, engineering support, levee inspection/security, and placement of liaison officer teams assisting parish emergency operations centers,” according to KPLC-TV, which was damaged in the storm.

The below image shows Louisiana National Guard troops ensuring that some of their state’s most vulnerable residents were able to find shelter in advance of Hurricane Laura’s arrival.

With over 3,000 Guardsmen activated across the state in support of #HurricaneLaura, Soldiers and Airmen continue to assist our citizens to get out of harms way prior to landfall. #ProtectWhatMatters pic.twitter.com/WzFlyzwyKz

With damage from Hurricane Laura appearing catastrophic in some areas, please join The Stream in praying for the residents of Louisiana and Texas. We also ask God to protect the valiant men and women of the National Guard as they help their fellow Americans recover from this devastating storm.

WILDFIRES 🔥 7 people have died in the fires as hundreds of thousands of residents were evacuated.

The Utah National Guard is going to help with firefighting efforts. https://t.co/NVsWKCYe3Q

We would be remiss to forget the deadly wildfires still raging in California, where National Guardsmen from multiple states are helping firefighters battle the blazes. Please protect these heroes and the citizens they are protecting as well, Lord.

At the request of Wisconsin Governor Tony Evers, President Trump deployed about 1,000 National Guard troops to the town of Kenosha on Wednesday after several days of civil unrest. Protests, riots, looting and violence erupted after a controversial police shooting on Sunday.

Please join us in praying for everyone involved in this crisis and for an end to all violence on American streets.

A sixth U.S. service member has died from COVID-19 complications, according to the Military Times. The California National Guard confirmed that a staff sergeant in its ranks had succumbed to the coronavirus on August 20.

“We feel a tremendous loss in our military family with the passing of Master Sgt. Tolliver,” said Maj. Gen. Jonathan Woodson, as quoted by Stars and Stripes. The coronavirus “has taken a dedicated soldier from our formation, and our thoughts and prayers go out to his family.”

As of Thursday afternoon, there had been at least 36,600 cases, 563 hospitalizations and six deaths inside U.S. military ranks during the war on COVID-19, according to the Department of Defense. We humbly ask God to comfort the families of these American heroes and shield our military community from further infection and death.

In the Middle East, where brave American troops continue to fight the war on terrorism, four U.S. troops were reportedly injured this week in northeast Syria when their armored vehicle was rammed by a Russian vehicle.

“Unsafe and unprofessional actions like this represent a breach of de-confliction protocols, committed to by the United States and Russia in December 2019,” said John Ullyot, as quoted by Politico. “The coalition and the United States do not seek escalation with any national military forces, but U.S. forces always retain the inherent right and obligation to defend themselves from hostile acts.”

Please pray for all U.S. troops at war in Syria, Iraq, Afghanistan and other hotspots around the globe, as well as their families here at home.

A group of soldiers thankfully returned home to West Virginia from the Middle East this week after an “extended” war zone deployment. 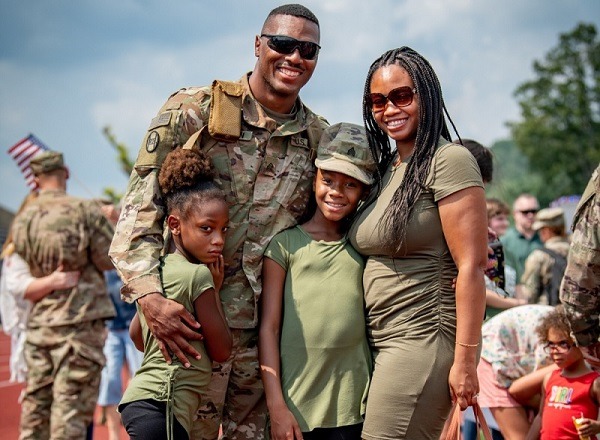 Members of the West Virginia National Guard return to Charleston, West Virginia, on August 25, 2020, after serving an extended deployment to the Middle East.

We are so grateful God for reuniting beautiful military families like the one pictured above. Thank you for your dedicated service to our country and welcome home, heroes!