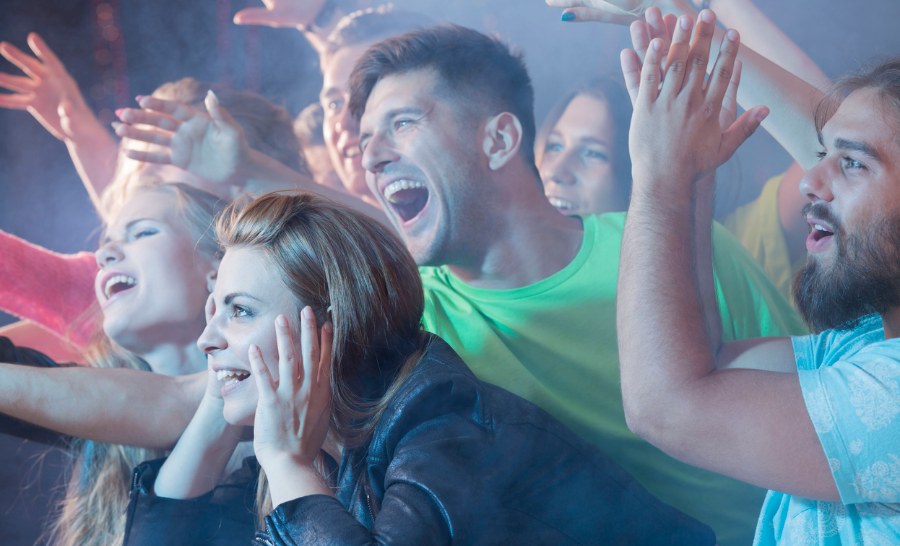 I write these words on Sunday afternoon, February 28. This is just hours before former President Trump is scheduled to address CPAC, where he will likely receive a hero’s welcome and be recognized as the de facto face of the Republican Party.

Is This the Idolatry We’ve Been Warning of?

Earlier in the week, attendees were stunned to see a 200 pound, golden Trump statue wheeled into the CPAC convention, sparking a flurry of stories and headlines, including this one, today, from the New York Times: “At CPAC, a Golden Image, a Magic Wand and Reverence for Trump.”

Many others were quick to compare the golden statue of Trump with the golden calf that the Israelites worshiped. (Ironically, in synagogues around the world this week, religious Jews will read that very account of Israel worshiping the golden calf.)

As described by AP News, “The [CPAC] event so far at a Hyatt hotel in Orlando, Florida, has been a tribute to Trump and Trumpism, complete with a golden statue in his likeness.”

But is this what idolatry really looks like — adoring supporters of Trump taking selfies next to his golden image? And when I and others warn about people idolizing Trump, is that what we mean?

Of course, in the Bible, idols were sculptures, as stated explicitly in the Ten Commandments: “You shall not make for yourself a sculptured image, or any likeness of what is in the heavens above, or on the earth below, or in the waters under the earth. You shall not bow down to them or serve them” (Exodus 20:4-5a).

Idolatry is Generally Much Subtler Than a Golden Statue

Generally speaking, however, idolatry is much more subtle. As Jerome said 1,600 years ago, “Idolatry is not confined to casting incense upon an altar with finger and thumb or to pouring libations of wine out of a cup into a bowl.”

To this day, I’ve never met anyone with a shrine to Trump in their house. Nor do I know of anyone who offers sacrifices and incense to an image of Trump. Or who worships him as God or mistakes him for Jesus. Obviously not.

To this day, I hear Christian leaders proclaim, “Only Trump can save America!”

To repeat: idolatry is much more subtle.

That’s why Paul wrote that “greed” is idolatry, and he didn’t mean bowing down to piles of gold and silver (see Colossians 3:5). Instead, he was referring to the way that greed divides over hearts and vies for our loyalty.

As an online Bible study explains, “Whatever we treasure more than God, whatever drives our thoughts and actions, becomes an idol, and these idols dull our spiritual hearing and harden our hearts to things of God.”

Where is Our Trust, Our Energy, Our Love?

We can make an idol out of our job. Or reputation. Or bank account. Or social media following.

It becomes the thing in which we put our trust, the thing that consumes our energy and attention, the object of our affections. That is what makes it into an idol.

We can also make idols out of people, making them bigger than life, looking to them to do what only God can do, glamorizing them and glorifying them and adoring them beyond all proportion, lauding their strengths while overlooking (or even ignoring) their weaknesses.

That is the kind of idolatry that should concern us, the subtle idolatry of the heart rather than the overt idolatry of worshiping a statue.

Only God is God. Only God is triumphant and ultimate. Everything else is created and dependent. Yet we often ascribe almost supernatural powers to that which is here today and gone tomorrow.

When it comes to Trump, to this day, I hear Christian leaders proclaim, “Only Trump can save America!”

That is idolatry, plain and simple. That is glorifying a man. That is failing to realize that, for all the good that he accomplished, there was a trail of bad as well.

Instead, we should recognize that there is no political solution to our deepest problems.

Not surprisingly, when I say that Trump is not our savior, the Christian response is always the same, “Only Jesus is my Savior. Trump is just a man that we support and appreciate, the best man for the job. We all know that.”

But if that is truly the case, why the despair and near panic over his defeat? Why the crushing emotional letdown? Why the persistent hope among many of his supporters that he will miraculously displace Biden within the next few months (or years)? Why the inability to move on from Trump to any other potential candidate? And why the virtual denial of the amount of damage he did during his presidency, damage which largely offset the good?

God Used a Bronze Snake to Heal the Israelites. Then They Worshipped It

In Numbers 21, the Bible records that when the children of Israel sinned against God, He sent venomous snakes as a judgment against them, with many people dying as a result.

When they pleaded for mercy, the Lord instructed Moses to make a bronze snake similar in appearance to the snakes that were attacking the people, and then to put it on a pole. As a result, whoever looked to the snake would be healed (see Numbers 21:4-9). It was God’s vehicle of deliverance, packaged in a highly unusual way.

But centuries later, we read that the Israelites were offering sacrifices to this bronze snake, even calling it Nehushtan (see 2 Kings 18:4). How extraordinary.

So, rather than discarding the bronze snake once it had served its unique purpose (or, at the least, hiding it away somewhere), they worshiped it. Rather than putting their total faith in the God who used the snake as an unexpected means of healing, they looked to the snake itself. Rather than leaning on the Deliverer alone, they leaned on the object He had used for deliverance.

Many are Looking to Trump as American’s Only Hope

But this was not a one-time event (although the godly king Hezekiah did cut Nehushtan into pieces). Instead, this is a recurring pattern among the Lord’s people.

God performs miracles through a man-made, lifeless, bronze snake, and we glorify the snake as if it were endued with healing powers.

God works through a human vessel, and we look to that person almost as much as (or, even more than) to the Lord.

God raises up a very flawed leader, and we put out hope in the leader, as if without him, our cause would be sunk.

This is the essence of idolatry, and this is what many of us have done with Trump.

Put All Our Eggs in One Basket: The Lord’s

In the aftermath of CPAC, as all eyes will be back on Trump, we who voted for him would do well not to look to him in any way as the hope of America. Instead, we should recognize that there is no political solution to our deepest problems. That Trump, at his best, can only do limited good. And that, in a matter of seconds, God could raise up 100 people more qualified than Trump to lead America.

This means that we put all our eggs in only one basket — and that is the Lord’s basket. As for whoever serves as our president, let us pray for them and urge them to do what is right. But let us not look to them to save our country or put our hope or trust in them as political deliverers.

That is the essence of idolatry, and that is why God so strongly opposes it. It always leads to our undoing.

Will we ever learn?