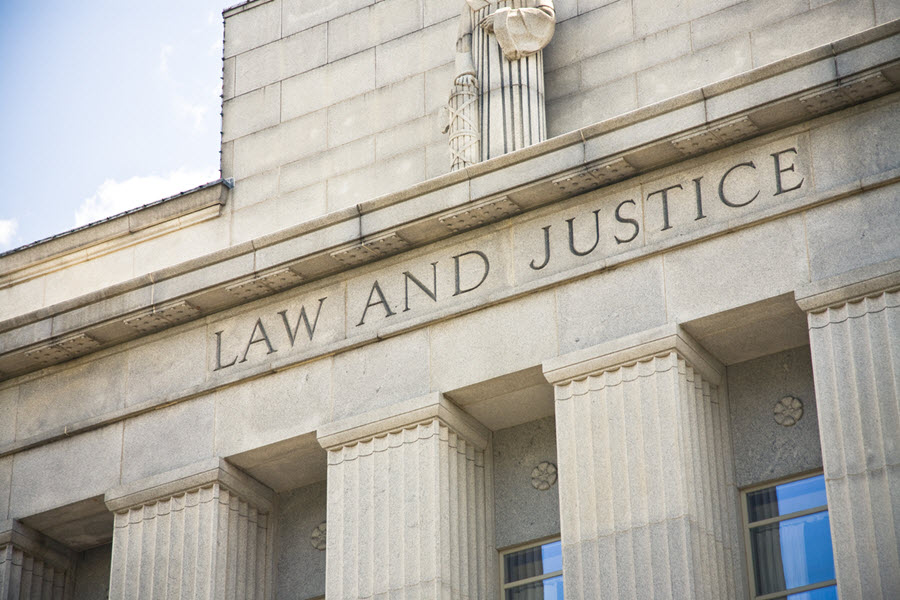 We’ve all been waiting for Judge John Gleeson’s amicus brief on the Michael Flynn case, and it finally dropped on Wednesday. Sure enough, this “friend of the court” is no friend of Flynn, or apparently of justice being served in this case.

Recall that Judge Emmet Sullivan personally asked Gleeson to write it; this was just a couple of days after the op-ed Gleeson had co-authored on the subject that happened to appear in the WASHINGTON POST. Entitled “The Flynn case is over when the judge says it’s over,” this commentary told us all we needed to know about where Gleeson was going to stand and why the judge chose him to write the brief.

“The record reeks of improper political influence,” Gleeson stated on May 11, without even bothering to make that case. In fact, as I said weeks ago after reading the piece, he might as well have just made a copy of that and filed it as his amicus brief. That’s pretty much what he did, except the brief is a LOT more of the same.

If you have the time and inclination to read this 80-page pile of nonsense, here’s a pdf of the brief filed by Judge Gleeson.

Gleeson asserts in his brief that the DOJ’s decision to drop the Flynn case is “a gross abuse of prosecutorial power’ and, unbelievably, accuses them of “attempting to provide special treatment to a favored friend and political ally of the President of the United States.” This is such a politicized and wrongheaded piece of bilge, it’s hard to even know where to start.

Byron York, speaking with Martha MacCallum Wednesday evening, pointed out that it’s the “sole responsibility” of the Department of Justice to withdraw charges if it so chooses. It is NOT within the judge’s authority to deny that.

I’ll add this: We’ve seen before that judges who don’t like the President can’t seem to help attributing the worst motives to everything he or his administration does, and this case is one more example. They just make it up and go with that. Where does Judge Gleeson get off with this “special treatment” garbage? President Trump has stood back and let the wheels of so-called justice turn ever-so-slowly while his “favored friend and political ally” was financially and professionally ruined. If that’s “special treatment,” I sure wouldn’t want it. The attorney general has solid motives for wanting to drop this case, ample reason to be troubled by what he has seen in the prosecution –- and persecution –- of General Flynn. Gleeson’s brief does not speculate about these, even though he has no trouble speculating about the President’s motives.

To make this argument, Gleeson must maintain that the predicate for investigating Flynn was sound. As explained well in a piece at TheConservativeTreehouse.com, he has to defend not only the origins of “Spygate” but also everything else that stemmed from that. How does he do that when so much that has presumably been learned about it by U.S. Attorney John Durham is still under wraps?

“When you read the brief,” this article says, “if does make you wonder if Gleeson might be attempting to frame the current Flynn argument from the perspective of justifying the total Spygate operation. This approach would be of benefit to the corrupt DOJ and FBI small group who are viewed to have purposefully weaponized their agencies for political intents.”

To counter this, the DOJ might have to open up about why the predicate for the investigation of Flynn is invalid. After all, that’s what the DOJ is claiming in its decision to drop the case. If the investigation was corrupt, then the questioning of Flynn on January 24, 2017, was “materially and fundamentally flawed.” I would add that this is especially true considering FBI investigators recommended closing the case on January 4.

In suggesting that Flynn perjured himself by reversing his guilty plea, Judge Gleeson conveniently avoids the claim that Flynn’s plea was coerced. He’s saying Flynn should be punished for lying about a crime he was coerced to plead guilty to. “Flynn has indeed committed perjury in these proceedings,” Judge Gleeson says, “for which he deserves punishment, and the Court has the authority to initiate a prosecution for that crime.”

Yet Another Chance to Damage Trump

Oh, but Judge Gleeson doesn’t say that Judge Sullivan should go THAT far, even though he could. Gleeson magnanimously recommends that Sullivan merely “take Flynn’s perjury into account in sentencing him on the offense to which he has already admitted guilt.” Perhaps the thinking is that this is a good way to justify prison for Flynn, which goads President Trump into pardoning him. Flynn, once again, is collateral damage in the effort to hurt Trump politically.

An article at RedState makes some strong additional points.

For one thing, it points out that Gleeson’s brief cites media reports — which “are sourced to anonymous government officials, which we now know were former Obama administration officials who fed the entire false fantasy “Trump-Russian” collusion argument to gullible and willing anti-Trump media for the past nearly four years.”

Also, it notes that the IG report Gleeson used in his brief was necessarily limited, as “there is NO DOUBT that DOJ has more information available to it than the information reported in the IG report that Gleeson relies on.” In other words, Barr knows a lot more about this case than Gleeson does.

Gleeson also relies on that Intelligence Community Assessment from January 2017, which, as the RedState article says, “reached certain ‘conclusions’ that have been determined to not have been factually accurate.” As an example I would add that John Brennan argued strongly in favor of including the fictitious Steele “dossier” in that report and was able to get a summary in.

Legal Precedent and What’s Next

The RedState article goes into legal precedent as well, noting language from the Fifth Circuit Court of Appeals that Judge Gleeson conveniently left out when he cited the case the U.S. v. Hamm: “As the district judge acknowledged, the prosecutor is the first and presumptively the best judge of where the public interest lies. The trial judge cannot simply substitute his judgment for that of the prosecutor.”

And this, from the same ruling: “…[T]his is a case in which the Government…decided that it would best serve the public interest to dismiss the indictments against the appellants. Neither this court on appeal nor the trial court may properly reassess the prosecutor’s evaluation of the public interest.” In other words, it’s Barr’s call.

Perhaps Gleeson’s insane, politically-charged argument won’t matter except to show the world even more of what is going on in Judge Sullivan’s kangaroo court. The case now goes to the D.C. Court of Appeals, and oral arguments are set for this Friday.