This Book Is a Vaccine Against Woke Idiocy, a Perfect Gift for Students

An interview with Robert Reilly, author of America on Trial. 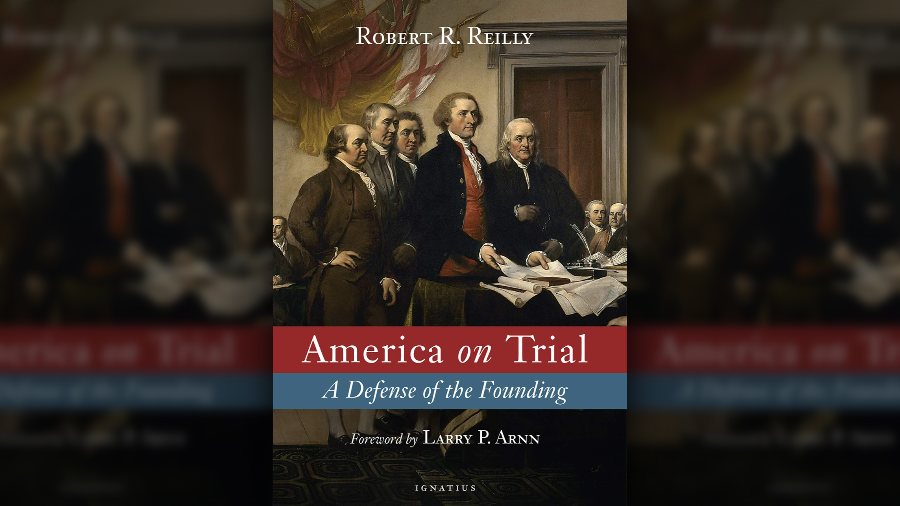 Reagan and Trump administration stalwart, and well-known scholar, Robert Reilly has come out with an expanded edition of his book, America On Trial. The Stream’s John Zmirak interviewed him about it.

John Zmirak: I deeply admire your recent book: America On Trial. I’ve told professors that they could use it as a single textbook for an entire semester of political philosophy. You’ve just issued an expanded new edition, with additional material responding to the 1619 Project  What’s the thrust of your response?

Robert Reilly: When confronting the accusation that the Constitution was a proslavery document, Frederick Douglass, the brilliant abolitionist leader who had himself escaped from slavery, said that it was “a slander upon their memory.” He was referring to the American founders. I consider the 1619 Project a calumny. This is not simply a conservative complaint. A group of historians, none of whom could be characterized as conservative, banded together to send a joint letter to the New York Times Magazine pointing out the historical distortions in its 1619 Project.

What is significant in the historical context of the time is not that the liberty-loving Revolutionaries allowed slavery to survive, but that they – even those who profited directly from the institution – went so far in condemning it, confining it, and setting in motion the forces that would ultimately destroy it.

Princeton historian Sean Wilentz writes, “As a spiritual as well as political endeavor, it is one of the most, if not the most astonishing unfolding of the unforeseen in all of recorded human history.” The most extraordinary thing about this 1619 Project is how much you would have to not know in order to embrace it.

Do you think it’s a backhanded compliment to American exceptionalism, the fact that black activists are making demands of the U.S. they’d never think to make of Uganda or Rwanda?

I don’t think it’s a compliment of any kind. By claiming that the United States was founded on a lie, there are essentially calling for its abolition. With what would they replace it? We have only to read the charter statements of some groups like Black Lives Matter to know. They have simply replaced Marxist Leninist class theory of history with a race theory of history, intermixed with the LGBT and transgender agenda to take down the natural family. What we are witnessing today is the retribalization of society through so-called “identity politics.” Racist antiracism is just another way of denying a common humanity and has its source in a spiritual disorder similar to the ones animating the other ideologies. 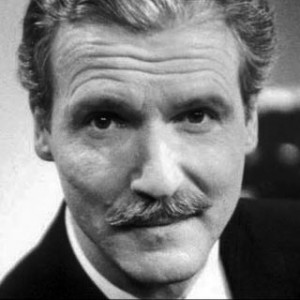 The Sweet Mystery of Nihilism

One reason you wrote the book in the first place was to respond to the Anthony Kennedy version of American liberty, as laid out in his infamous Planned Parenthood v. Casey opinion. Can you briefly characterize his account of the founding vision, and why it’s wrong?

Justice Kennedy’s notorious statement in Planned Parenthood v. Casey was that “[a]t the heart of liberty is the right to define one’s own concept of existence, of meaning, of the universe, and of the mystery of human life.” The Founders who set forth “a new nation” would have found completely objectionable Justice Kennedy’s misunderstanding of freedom. The total dependence of liberty upon virtue – both Aristotelian and Christian – was abundantly, unmistakably clear from their frequent writings. The idea of freedom as contentless choice was totally alien to them. So would be the idea that liberty is the right to define one’s own meaning of the universe. For them, the meaning of the universe originates not in ourselves, but in the “Laws of Nature and of Nature’s God.”

Weirdly, a few years ago, a group of religious reactionaries (the Integralists) including Patrick Deneen and Adrian Vermeule, came out and claimed that Anthony Kennedy was right about the Founding. They said that is why we must reject the Founding, root and branch. Then refound an explicitly Christian, perhaps even intolerantly Catholic, nation. Why are they wrong?

Well, I give a 400 page answer to your question in my book. The evidence from the Founders themselves makes their position insupportable. The more fundamental problem with the Integralists is that the American founding relied on the disestablishment of theological differences. As a 1786 Virginia Act for Establishing Religious Freedom put it, “our civil rights have no dependence on our religious opinions.” As far as I know, the Integralists have not adequately acknowledged the grave consequences of a reestablishment. Will civil rights once again depend on religious opinions? They need to address the theological-political problem of how to live in comity in a religiously pluralistic society. They seem to be possessed of some kind of pre-Reformation fantasy. Actually, the marriage of throne and altar didn’t work out too well – either for the throne or the altar.

What makes all this particularly ironic is how the American founding was greeted by Catholics, one of the most discriminated groups in the mostly anti-Catholic American colonies. In 1783, Fr. John Carroll wrote to Rome:

You are not ignorant that in these United States our Religious system has undergone a revolution, if possible, more extraordinary, than our political one. In all of them, free toleration is allowed to Christians of every denomination, and particularly in the States of Pennsylvania, Delaware, Maryland, and Virginia, a communication of CIVIL rights, without distinction or diminution, is extended to those of our Religion. This is a blessing and advantage, which it is our duty to preserve and improve with the utmost prudence … .

A Republic Not an Empire

I’d like you to make an important distinction. If as you claim, the American founders made truthful claims about universal human rights, not merely assertions of Anglo-American liberties, then aren’t the neoconservatives right? Shouldn’t we be striving to overturn foreign governments that don’t offer these liberties?

American exceptionalism is based upon the fact that we were the first country in history to be based upon universal principles. However, it was never meant to be the mission of America to impose those principles or the practices to which they led onto other countries. Or to go abroad seeking monsters to slay. America’s foremost duties are to its citizens and to their security. It cannot keep those obligations and also undertake the construction of a universal state, the very definition of which is tyranny. Our Founders intended us to lead by example – a shining city set upon a hill. Unfortunately, due to our current state of moral debasement, the city no longer shines.

Is the Woke ideology a distinctly American, Christian heresy?

Only in the sense that it is meant to replace Christianity. It’s the kind of nonsense you get when you lose your Christian faith. It offers a substitute salvation in man’s own control. We’ve seen what that path leads to in the past – charnel houses and concentration camps.

Do you think it’s inevitable that anti-white rhetoric and agitation will spark white identity politics, with all the consequent collapse of civic unity and national cohesion? If not, what could prevent that?

No, except for some deluded people like the neo-Nazis, I don’t think it will lead to that. I think many people, regardless of race, are appalled by this rhetoric and agitation. The reaction against it is bringing people together.

I Don’t Make the Natural Law, I Just Enforce It

Is it possible to unite a country around advocacy of Natural Law and nothing else?

If that were the case, we could ask everyone to read Cicero and we would be fine. Or, even better, we could require that they read the preamble in the Declaration of Independence. The problem is they wouldn’t be able to understand what “the Laws of Nature and of Natures God” means. I wonder if we could find a dozen people in our universities, media, or government who believe that such laws exist. Almost our entire educational establishment has been dedicated to the proposition that they don’t. They never seem struck by the conundrum that, if this were so, they would have no right to exist either.

So, something more is required – above all, a recovery of faith. Our Founders were unanimous in thinking that the republican form of government that they had established was completely contingent on the virtue of the American citizenry. They also agreed that the principal source of virtue was religion. So, any act of restoration will be premised on a spiritual recovery.

Of course, my other recommendation is that everyone read America on Trial: A Defense of the Founding.

Watch Eric Metaxas interview Robert Reilly about the new edition of his book.