It’s a very different picture from the one the organization has been furiously peddling, namely that Planned Parenthood is all about women’s health.

Over the weekend, Planned Parenthood’s President Cecile Richards appeared on ABC’s This Week With George Stephanopoulos to discuss the now infamous undercover videos. Any boxer worth his salt would be impressed at her ability to bob and weave, avoiding questions and quickly getting back to shooting-the-messenger and pushing her talking points — talking points that largely came back to one specific phrase: “women’s health.” In fact, in the eight-minute segment, she refers to Planned Parenthood providing healthcare to women 18 times. While it was a valiant effort to paint the organization as one that is vital to communities, the truth is that Planned Parenthood is a chain of abortion clinics that provide a few other services on the periphery.

Twelve percent of all visits to Planned Parenthood are for abortions. Former Planned Parenthood clinic director turned pro-life activist Abby Johnson said, “I was directed to double the number of abortions our clinic performed in order to drive up revenue.” Over the past three years, partially due to abortion quotas and mandating all clinics to provide abortions, Planned Parenthood has aborted nearly one million babies. Meanwhile, cancer screenings are down by 50% and Planned Parenthood, despite what many may believe, does not provide mammograms. At all. At any clinic.

Meanwhile Planned Parenthood warns of the dire outcome if public funding were cut and these meagre healthcare offerings dried up. Of course, this is entirely false. 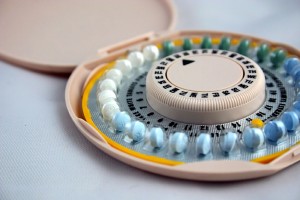 Birth control is widely available outside of Planned Parenthood.

Other programs take care of all of these services. Women have options, better options. Options in clinics that don’t have a long history of fighting against higher safety standards for their patients in the way that abortion clinics do. Options in clinics that don’t cover up sex trafficking or sexual abuse and statutory rape of girls and women. Planned Parenthood isn’t caring for women, but other clinics will. There are plenty of places to get a pap smear that don’t abort babies and then discuss afterwards over drinks how “crunchy” or uncrunchy the abortions were.

There are countless examples of women who have been harmed and traumatized by Planned Parenthood. The organization simply doesn’t care about women.

Its president, Cecil Richards, can go on television and refer to women’s health 18 times in eight minutes, but that doesn’t change the facts. Planned Parenthood is not essential to the heath and well-being of women. It is detrimental to both. The faster America accepts that fact and pulls their funding, the better. The women of America deserve better — born and unborn.