Abortion Clinics Don’t Care About the Mother: One Woman’s Story 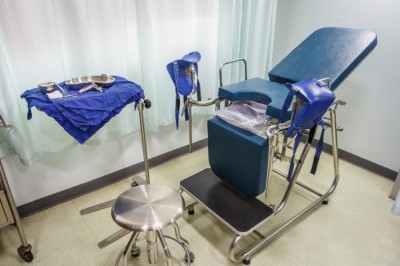 When Tina was 28, she was in a long-term committed relationship and building a career. Then, unexpectedly, she found herself pregnant. When she chose to have an abortion, a decision she regrets to this day, she learned, in her words, that “the pro-choice movement cares very little about the mother.”

“When I and my boyfriend of about 2 years at that point found out we were pregnant,” she said,  “it wasn’t because we didn’t use protection. We had used a condom and plan B because the condom broke. But I still got pregnant. I was 28 years old and he was 25. An unplanned pregnancy is never easy, and he tried to be supportive and strong, but really he was just a kid who didn’t have his life together and I knew I couldn’t raise the child alone. So we looked into adoption and keeping the baby, and then abortion. The pregnancy took a toll on my body and health. I wasn’t able to take the medication I needed to take, and it was very difficult being pregnant and off those medications. Abortion seemed like the best option, especially after (my boyfriend’s) mother called me and convinced me … or rather pushed me into it.”

Tina has bipolar disorder and was unable to take her medication during the pregnancy. She knows that this contributed to making the wrong decision. “I was pressured into it. I was not in the right frame of mind either. I couldn’t be on medication and I was … well, sick.” That is one of her major regrets, and she has a piece of advice for women in similar situations: “Don’t let anyone pressure you into having an abortion, there are always other options.”

Having decided on abortion, she went to Planned Parenthood where “it cost $500 to kill my baby.” When confronted with pro-life demonstrators outside, she didn’t want them anywhere near her. “I know they were there to be ‘nice,’ but it isn’t what I needed. I knew I was making a bad choice already.” It felt to Tina like the demonstrators were there not to help her, but to judge her.

Inside the clinic they work hard to avoid the reality of the situation. “They make you feel like this is normal and natural … like it’s the same as getting a check-up at the doctor’s office. It’s cold, it’s sterile, it’s unemotional. They do everything they can to make you feel as disconnected from reality as possible.”

Part of the experienced included watching a video designed to make her feel better about aborting her child. As for the procedure itself, she said that people have gross misconceptions about that. “You have no idea how bad it actually hurts,” Tina said. And the noise (of the suction), and the doctors who don’t say anything, who don’t give a s—. I mean, they seriously couldn’t care less.” When the procedure was over, Tina says, “I watched my baby get carried off into a container marked ‘medical waste.’” Then she knew how little respect the abortionists had for the baby as well as the mother.

Immediately after the procedure, she was emotionally numb. “You go into a ‘recovery’ area … it’s a room with a bunch of other girls who had abortions, and I felt fine. It feels like you have bad cramps. I didn’t cry, I just sat there and comforted other girls who were crying.”

It was later that her choice began to take a toll on her. “You continue to have the hormones flooding your body until, one day, they stop, and what flows next are the tears. You can’t stop them, they are inevitable.”

When Tina’s body had put the abortion behind her, she knew that the emotional toll was just beginning. “The day you get your period again is the worst part. It’s really over then, over-over, and there will always be an empty place in your heart. Always. Even as the 7th anniversary of the due date approaches. I may not have always wanted a baby, but that baby wanted me. She wanted me to be her mother, and I failed her, and that is what will always stick with me. Life is precious. Life is beautiful.”

We are seeing abortion facilities using slick marketing to make women think that an abortion is a quick, casual procedure. No big deal, and then the mother can move on. For women facing an unplanned pregnancy, Tina wants them to know that abortionists are selling a false bill of goods. “The decisions we make have consequences,” she said. “I would just say it hurts a lot and it takes a toll on your mental well-being.” More than anything, “I regret aborting my baby, and I regret giving Planned Parenthood my money.”