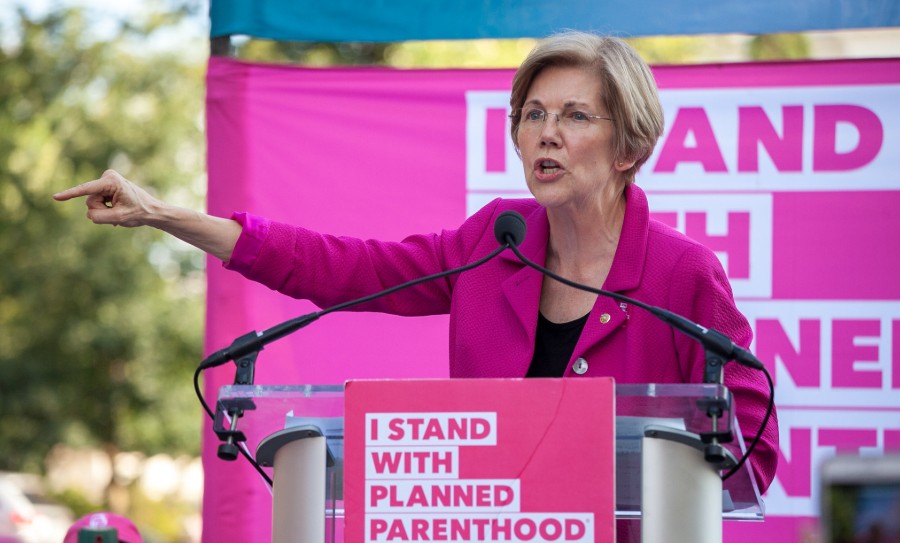 “At least I didn’t have a boss who said to me, ‘Kill it,’ the way Mayor Bloomberg is alleged to have said to one of his pregnant employees,” Sen. Elizabeth Warren said during the South Carolina Democratic debate last month. The crowd booed. But why this response? Warren is a committed supporter of Planned Parenthood, the largest abortion vendor in the nation.

During the South Carolina Democratic debate last month, Elizabeth Warren hit Michael Bloomberg with a 1995 allegation that the mayor once told a pregnant employee to “kill it” (her child). Warren said that she experienced discrimination while pregnant at age 21. “At least I didn’t have a boss who said to me, ‘Kill it,’ the way Mayor Bloomberg is alleged to have said to one of his pregnant employees.” The crowd booed.

But why this response? Warren is a committed supporter of Planned Parenthood, the largest abortion vendor in the nation. Bloomberg has called abortion a “fundamental human right.” He has been praised by Planned Parenthood and NARAL Pro-Choice America for his views.

The crowd wasn’t responding negatively to abortion. They were booing hearing the quiet part out loud: Kill it. Kill it. Abortion enthusiasts rely on euphemisms to hide the violent act they support. Warren knew she could attack Bloomberg for talking about abortion in plain terms.

The Doublethink of Abortion Support

The truth is that Warren and Bloomberg have double standards on caring for children. These are propped up by the pro-abortion movement in which they hold power. For them, championing a multi-billion dollar abortion vendor is praiseworthy. But calling abortion “killing” instead of “reproductive choice” is forbidden.

And this tendency infests mainstream culture.

Calling abortion “killing” instead of “reproductive choice” is forbidden. And this tendency infests mainstream culture.

As Mayor of New York City, Bloomberg started a Fatherhood Initiative. The goal was to promote bonding between fathers and their children. “We want more children in our City to experience the encouragement, support and love of their fathers,” Bloomberg said. Yet, during his time as mayor of NYC, more African-American children were killed in abortion than born alive. Bloomberg did not seek life-affirming ways to curb the explosive abortion rate in his city. He did advocate for the added destruction of human embryos for federal research.

Pro-abortion lawmakers have no issue with doctors giving anesthesia to babies during fetal surgeries. Yet, all but two Senate Democrats voted to kill legislation that would protect pain-capable children from the pain of dismemberment and lethal injection abortions.

U.S. hospitals will do anything to save a premature baby born to a parent who wants him or her to live. Advances in technology help children born barely halfway through pregnancy survive outside the womb. At the same time, abortions can be carried out until full-term gestation in numerous states. The wish of a parent can be the difference between life and death for an innocent child.

Americans also support mothers and children through popular taxpayer-funded programs. WIC (the Women, Infants, and Children program of the USDA) ensures that mothers and young children receive proper nutrition and care. And the same government that funds WIC also sanctions the slaughter of thousands of children each day. It also funds this industry with hundreds of millions in taxpayer dollars. And pro-abortion politicians work to kill government programs that offer alternatives to women considering abortion.

To recap: Abortion advocates support tax-funded programs to support women and “wanted” children. They take no issue with fetal surgeries and hospital care that saves premature children. They also support protections for pregnant women so that they are not discriminated against or pressured to abort.

And they also hold that parents should have the right to dismember, decapitate and poison their babies for any reason.

There is No Defense for the Hypocrisy

There is simply no defense for this contradiction. Either a child in the womb is a human being with the same human rights as all Americans, or she is a non-human with no human rights. The lessons of American slavery teach that culture is corrupted when governments fail to acknowledge the humanity of all.

The lessons of American slavery teach that culture is corrupted when governments fail to acknowledge the humanity of all.

Lila Rose is the Founder and President of Live Action, a national pro-life nonprofit organization dedicated to ending abortion. Follow her on Twitter.