Fear has been an unwelcome yet dominant spirit in the church over the past year. 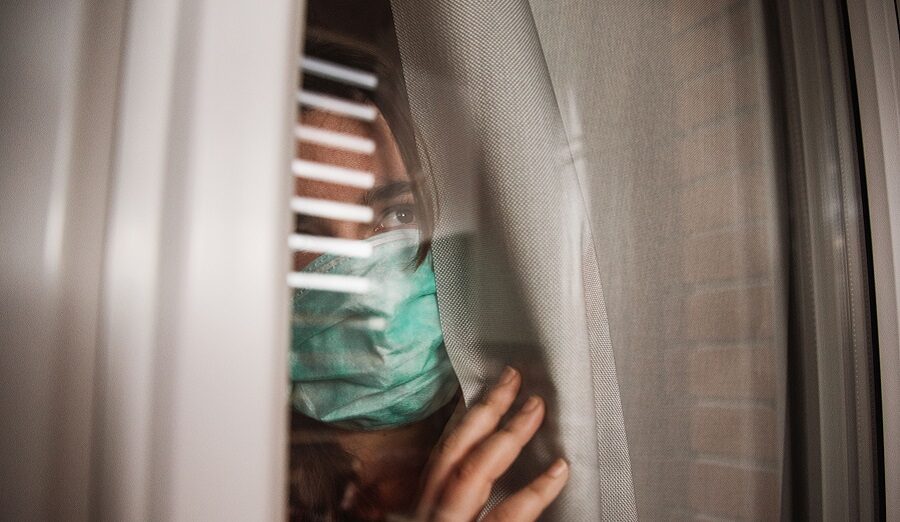 According to Northwestern Medicine, fear is physical. Blood actually flows away from your heart and into your limbs, making it easier for you to start throwing punches, or run for your life.

This is what we have witnessed in this year of fear, the life-source flowing away from the hearts of Christians. Punches have been thrown as the fight or flight response has overtaken many who previously were known as people of faith.

When our hearts are compromised and focus shifts to protecting self, all sorts of wickedness has an entry point into our lives. What seems like common sense and wisdom is often the manifestation of the spirit of fear. One has to wonder which emotion is stronger, fear of COVID or fear of vaccines.

The Fear of Death

Both are actually a manifestation of a fear of death. Isn’t it interesting how crafty the enemy is, taunting and haunting us with the threat of death while dividing us over the issue at the same time? Anti-vaxers and pro-maskers both trembling over the threat of dying.

I was shocked at how rare it was for me to find Christians who were declaring boldly that no weapon formed against us shall prosper. Instead, COVID was the beast that did them in, not physically, but spiritually.

Fear is evidenced in many ways, such as the impending doom that surrounds a loss of our American freedoms, churches being shuttered, elections being lost and our way of life being put at risk.

No matter which side people are on, punches are thrown as they furiously fight for their cause. It seems most everybody is threatened whether it’s from a piece of cloth that covers our mouths or the loss of freedoms in the midst of lockdowns.

The Fear is Clear

Will the heart-sick church discern how a spirit of fear has infiltrated and infected the body or will we continue down this path of reactionary, fear-based response to crisis in our nation?

I propose the lesson has not been learned yet. It’s only going to get worse and the church clearly is not ready yet.

Personally, my greatest sadness from the pandemic is the response of many who have been highly regarded people of faith. Fear, not faith, has been the driving force of their lives over the past year, or so the fruit of their lives suggests.

I was shocked at how rare it was for me to find Christians who were declaring boldly that no weapon formed against us shall prosper. Instead, I’d watch people who had reputations as giants in the faith cower at the sight of a much larger Goliath threatening impending death. COVID was the beast that did them in, not physically, but spiritually.

I’d read Facebook post after post, have one-on-one conversations and witness all sorts of responses to the virus, and it seemed that 99 out of 100 of them were about mitigating COVID. What happened to the powerful people of faith who refused to cower at the threat of disease? Where were the devil-fighters who exercised Heaven-level authority? Where were the decrees and declarations of health, healing, protection and victory? COVID scared them away.

Then we have those on the other side of the issue, people who proudly proclaim their fearlessness as they arrogantly strut maskless and free down the aisles of Walmart. The blood has flowed out of their hearts too, as they punch back at people and policies that threaten their lifestyles. The fear is clear as they desperately fight outside controlling forces, ignore government mandates and avoid vaccines like, yes, the plague.

Speaking of the plague, maybe we should consider how John G. Lake refused to cower to the bubonic plague:

A Crisis of Faith

Instead of bold faith and absolute fearlessness regarding viruses, vaccines, lost freedoms, political turmoil and other issues of the day, we are experiencing something much more deadly: a crisis of faith.

No, the spoiled brat method of refusing to wear masks while blaming any and all who threaten our supposed freedoms isn’t the answer. Rising up in a political spirit isn’t either.

It has been sad to watch Christians adopt an aggressive, flesh-driven political spirit. What looks like brash boldness is actually a manifestation of fear as the blood seeps out of their tender hearts and into their fists.

Instead of bold faith and absolute fearlessness regarding viruses, vaccines, lost freedoms, political turmoil and other issues of the day, we are experiencing something much more deadly: a crisis of faith.

Many have shifted from an emphasis on faith, intercession, worship, revival and awakening to blasting opinions on politics and culture. Yes, we must not avoid confronting the spirit of the age with a sharp anointing, but that’s not what we are mostly seeing today.

It’s time to live, breathe, walk and pray in the Spirit with great humility, lots of tears and unmatched faith that God is moving. We need those who walk in such an anointing that fear is chased out of every atmosphere they step into.

God is ready to visit his church with revelation on how to confront this dark, deadly spirit of fear in our nation. As we draw very close to him and capture his heart and stay firmly rooted in the Word of God, mysteries will be revealed and faith will again explode in the church.