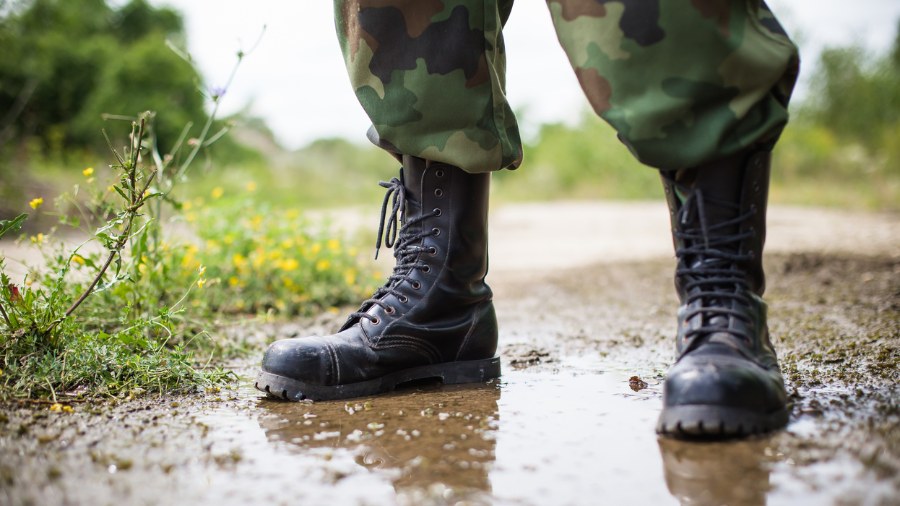 It is true that our national freedom came at the cost of a bloody war, the Revolutionary War. And it is true that the liberation of American slaves was directly connected to an even bloodier war, the Civil War. But that doesn’t mean that there is legitimacy to some recent, Christian talk of another Civil War, this time involving Christians taking up arms against the government. Perish the thought. To the contrary, if were to be honest, we have seen the enemy, and it is us.

The Biggest Problem in Our Nation is the Church

Before I explain what I meant by my last comment, let me make clear that I am not addressing a potential scenario in which the government seeks to seize control of all guns, thereby disarming the populace. That is an important question for another article.

What I am addressing here is the notion that our current government is so corrupt and that our nation is so far gone, with our most essential liberties under daily assault, that an armed conflict with the government is inevitable. It is that notion that I am categorically rejecting, but not because I am unconcerned with the direction in which America is going. To the contrary, I am deeply concerned.

We American Christians have hardly availed ourselves of the spiritual weapons God has given us to change the nation.

My point is simply that taking up arms is the last thing we should be thinking about since the biggest problem in our nation is the Church. Put another way, if even 10 to 20% of this nation’s Christians started praying with holy desperation and gave themselves to repentance and evangelism and revival, God Himself would begin to intervene on our behalf. That’s why I say that “we have seen the enemy, and it is us.”

It’s Not Time for an Uprising

I would liken this to someone, whom we’ll call Sam, who joined the local fitness club, with benefits including unlimited, live classes, unlimited use of all equipment, and a free, monthly session with a personal trainer.

But after one year, Sam saw absolutely no results, as a result of which he burned his membership contract in front of the fitness club and went on a social media tirade, blasting the local owners.

The problem is that Sam saw no results because he didn’t go to the club. He never worked out. He didn’t take advantage of what was offered.

And while the analogy is not meant to be precise (if it were, then the fitness club would have to be anti-fitness, much as some of our government’s actions are anti-American), the point is the same: we American Christians have hardly availed ourselves of the spiritual weapons God has given us to change the nation. The last thing we should be doing is calling for an armed uprising.

In the early 1980s, as a result of the publication of Francis Schaeffer’s watershed book A Christian Manifesto, there was much discussion of the question, “At what point is it right for Christians to take up arms?”

There does come a time when force, even physical force, is appropriate. The Christian is not to take the law into his own hands and become a law unto himself. But when all avenues to flight and protest have closed, force in the defensive posture is appropriate. This was the situation of the American Revolution. The colonists used force in defending themselves. Great Britain, because of its policy toward the colonies, was seen as a foreign power invading America. The colonists defended their homeland. As such, the American Revolution was a conservative counter-revolution. The colonists saw the British as the revolutionaries trying to overthrow the legitimate colonial governments.

He added, “A true Christian in Hitler’s Germany and in the occupied countries should have defied the false and counterfeit state and hidden his Jewish neighbors from German SS troops. The government had abrogated its authority, and it had no right to make any demands. This brings us to a current issue that is crucial for the future of the church in the United States — the issue of abortion.”

Yet Schaeffer was very careful in his language, offering strong cautions. As he explained, “we must make definite that we are in no way talking about any kind of a theocracy. Let me say that with great emphasis.” As he wisely emphasized, “We must not confuse the Kingdom of God with our country. To say it another way: ‘We should not wrap Christianity in our national flag.’”

He also noted that, “we must say that speaking of civil disobedience is frightening because there are so many kooky people around. People are always irresponsible in a fallen world. But we live in a special time of irresponsible people, and such people will in their unbalanced way tend to do the very opposite from considering the appropriate time and place. Anarchy is never appropriate.”

Taking Up Arms Would Be Surrendering the Spiritual Solution

And that, to me, is the crux of the problem. As the Church of America, we have barely joined the battle.

To be consistent, the call to violent activism would have to sound like this: ‘Kill the compromised clergy! Slaughter the sleeping saints! Shoot the sinning shepherds! Nuke the non-committed!’

And when it comes to earnestly contending for revival, which begins with repentance and intercession in the Church, how many of our congregations have at least one weekly prayer meeting — and I mean a well-attended, focused prayer meeting — devoted to intercession for national revival? How many of our congregations do this daily, let alone several times a day? Yet we’re talking about taking up arms against the government? Seriously?

“The Light Within Us is Darkness”

In the early-to-mid 1990s, as I was working with some strong pro-life Christians, the question about taking up arms came up in conversation. In response to this, while ministering in Finland in October, 1995, I wrote this down. I believe it applies today just as much as it did then.

The whole problem with the ‘Christian’ call to take up arms is that if we were to be honest, we would have to admit that ‘we have seen the enemy, and it is us.’ America is aborting babies and exporting smut around the world because the ‘light that is within us is darkness.’ To be consistent, the call to violent activism would have to sound like this: ‘Kill the compromised clergy! Slaughter the sleeping saints! Shoot the sinning shepherds! Nuke the non-committed! Blow up the bankrupt believers! Wipe out the worldly watchmen!’ Would you like to lead the attack? Who among us can throw the first stone — or shoot the first bullet?

Again, should the government forcefully attempt to disarm Americans, I’m sure Second Amendment advocates will have plenty to say.

God has given us a solution. Let’s us avail ourselves of it and of Him.