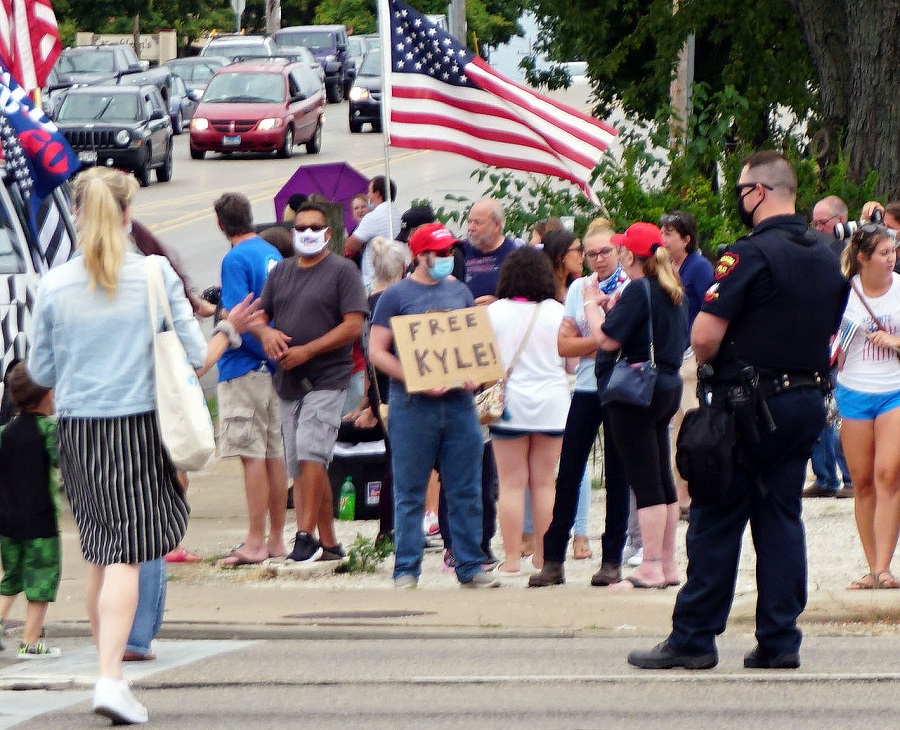 As soon as the “not guilty” verdict was announced in the trial of Kyle Rittenhouse, I posted the news on Facebook and Twitter, asking readers if they agreed with the decision. The vast majority did agree, as the video evidence and verbal testimony pointed to Rittenhouse acting in self-defense. For others, however, this was another example of “white privilege” or “white supremacy.” And that, quite tragically, will be one of the lasting legacies of this case. It will be used to further inflame racial tensions when this was never really about race.

I too agree with the verdict, although I don’t believe Rittenhouse should have been in Kenosha with a gun. If he wanted to offer medical help or clean up vandalized buildings, that would be one thing. To show up with a gun, especially at such a young age and without adult supervision or explicit permission of the police was, in my opinion, very poor judgment.

But either way, I do not believe that race was the driving issue, nor should it be made into the central issue. Not for a second.

Rittenhouse did not shoot and paralyze Jacob Blake, the black man shot multiple times by police after his former girlfriend called them for help and he did not obey their commands.

Neither of the two men Rittenhouse killed was black, nor was the man he wounded.

The business he chose to protect, named Car Source, was owned by two, brown-skinned brothers, Sahil and Anmol Khindri. And even if they did not ask for his help, it was not a white business that Rittenhouse was protecting, nor were the rioters primarily black.

was brought to trial because his case became the center of a political firestorm. In September 2020, Joe Biden featured Rittenhouse in an ad decrying then-President Donald Trump’s supposed sympathy for white supremacists. Members of the Left declared that Rittenhouse was a stand-in for American racism, despite the fact that all three of the people Rittenhouse shot were white. Even after the prosecution presented its case — a case so weak that the prosecution’s own witnesses ended up supporting Rittenhouse’s self-defense case — members of the media continued to maintain that an exoneration for Rittenhouse would be yet another stain on America’s racial record.

And that, to repeat, will be the long-term, tragic legacy of this case, further inflaming racial tensions and mistrust.

No Connection to the Proud Boys

What about Rittenhouse’s alleged connection to the notorious Proud Boys? According to CNN, “There was no evidence presented at trial about this.”

More specifically, as to Rittenhouse being photographed in a bar with members of the Proud Boys, “Prosecutors argued that some of the people he posed with were in the ‘highest echelons’ of the Wisconsin chapter of the Proud Boys.

“The defense argued there was no evidence Rittenhouse knew who they were. The judge agreed.”

But even if Rittenhouse knew exactly who they were – although, to repeat, there is no concrete evidence that he did – that doesn’t mean that the shootings were related to white supremacy.

Not About White Supremacy or White Privilege

And if you argue that: 1) Rittenhouse had no legal right to buy his gun (his friend Dominick Black, “testified he had previously purchased an AR-15 firearm for Rittenhouse in Wisconsin” because Rittenhouse was too young to buy it); 2) Rittenhouse lied about being a trained EMT; and 3) Rittenhouse was a self-appointed vigilante who never should have been in Kenosha, none of this points directly to white supremacy and white privilege at all. (And what shall we say of armed, black vigilante militias that have been emerging in recent years?)

Some might say, “Well, it was white privilege that got him acquitted of all charges. It would have been different if a black man had been on trial.”

But that is only speculation (although I agree that, in general, there is evidence of blacks receiving harsher sentences than whites when committing similar crimes). And where was that white privilege in the trial of Derek Chauvin in the killing of George Floyd? The jury found that white policeman guilty of second-degree murder.

Let’s also not forget that Rittenhouse was branded a white supremacist murderer before the trial ever took place. That is the real issue.

Writing for MSNBC, Zeeshan Aleem noted that, for some, “the Rittenhouse verdict easily reads like a referendum on the nation’s ongoing clashes over the state of racism in American life: not just an expression of mercy toward Rittenhouse, but white vigilantism.”

Yet that was not the viewpoint he wanted to pursue, writing instead:

But I think that’s probably not the best way to look at it. Instead, this case was both smaller and bigger: It was decided based on a narrow question of self-defense under a permissive law, not Rittenhouse’s ideological predilections. At the same time, Rittenhouse’s series of encounters was only possible in a society with truly harrowing social maladies, including a pathological obsession with guns and a rising culture of right-wing militias. Did Rittenhouse set out to shoot people that night? That question is unanswerable. But the whole situation would never have emerged anywhere but in a deeply ill society.

That, in my view, is where our discussion should focus, namely, on our “deeply ill society.” And, whether or not you agree with Aleem’s wider perspectives, the issues he raises are certainly issues we need to discuss.

But what we cannot do is allow others to divide us even more deeply over race as a result of the Rittenhouse verdict. Instead, as fellow Americans of all backgrounds and colors, let’s come together to help heal America’s wounds.