Why are so few talking about the one solution to the crisis and the chaos that can turn our nation? 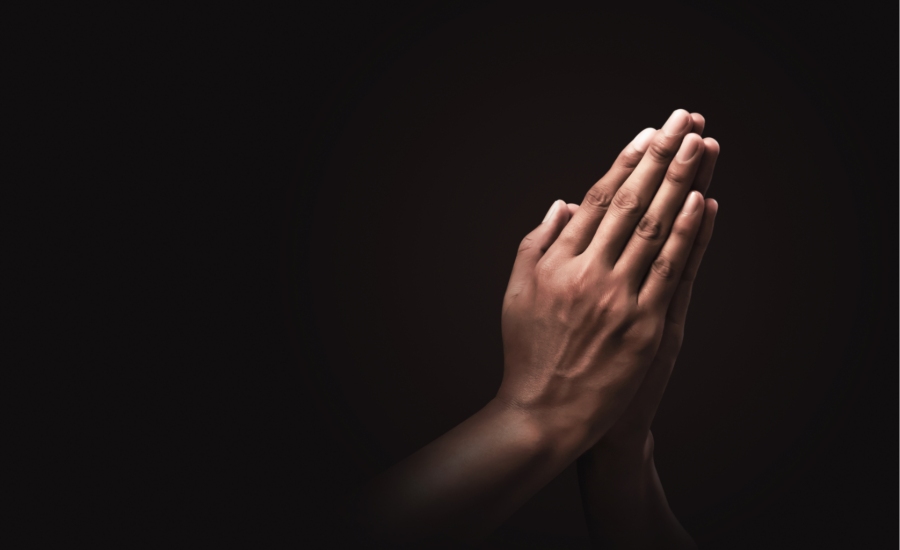 As the never-ending election drama continues to play out, we are hearing from all sides a mix of opinions, solutions, emotions and irritations.

Those on the right are exhibiting passion at a level our nation has never seen. The clear and obvious answer to society’s ills is the reelection of their man, Donald Trump.

The left has gone to great extents to protect our nation from the continued threat of mean tweets from the President. Their vision of a nation free from first amendment tyranny is within their grasp.

Like many of you, I feel so grieved, perplexed and saddened when I watch the interactions of today’s cultural influencers on television or on social media. It’s deeply disturbing when their ungodly agendas are promoted and celebrated. My stomach turns every time abortion is defended, sexual deviance is promoted and wickedness is celebrated.

From limiting birth control to banning comprehensive sex ed, US religious fundamentalists are working hard to outlaw sex that falls outside their theology.

From limiting birth control to banning comprehensive sex ed, US religious fundamentalists are working hard to outlaw sex that falls outside their theology.

I don’t believe in a heaven or a hell or an old man sitting on a throne. I believe in a higher power bigger than me because that keeps me accountable.

Kathy Griffin, famous for holding a replica of Donald Trump’s bloody, severed head in her hand, said this in 2007:

A lot of people come up here and thank Jesus for this award. I want you to know that no one had less to do with this award than Jesus. Suck it, Jesus! This award is my God now!

Joe Biden is determined to restore funding to Planned Parenthood and Kamala Harris voted against a bill that would limit abortions to the first 20 weeks of pregnancy.

The fact that millions of supposed Christians affirmed the brutality of child-killing by supporting pro-death candidates in this year’s election simply doesn’t register. It’s as if that knowledge doesn’t have a place to land in my intellect. Why? It doesn’t make sense. As far as I’m concerned, Christians don’t do that.

I suppose a mean tweeter is more of a national irritant than those who unabashedly promote the right to slaughter children.

We could talk about the perverse and casual sexuality that permeates social media, movies, television, music and marketing. People like Miley Cyrus are doing great damage to the wholesome, godly fabric of our nation. To me, she is still Hannah Montana.

The abhorrent agenda of the political left merits discussion as does the legalization of heroin and cocaine in Oregon.

To vote Democrat makes you complicit. The party of slavery is now the party of abortion. Jesus would not support their evil, anti-God agenda.

As the stench of the demonic vomit that is hacked up all over our nation every minute of every day hits my nostrils, I remind myself why it happens. These cultural influencers who are exhibiting such defiling evil (usually while presuming their beliefs and behaviors are at least positive if not righteous) simply do not know Jesus. That’s it. That is why they act like they do.

Imagine Kamala Harris, Alexandria Ocasio-Cortez, Miley Cyrus, Mark Zuckerberg or any of the other ungodly cultural influencers having a Damascus Road experience. Wow. Just think about it.

Check out the condition of Saul’s heart in the moments prior to fire from Heaven consuming him:

But Saul, still breathing threats and murder against the disciples of the Lord (Acts 9:1, ESV)

We see this hateful, anti-Christian attitude at every turn we make in this nation (and the world). A threatening, murderous spirit is manifesting through many of today’s influencers, and unless there is an undeniable, authentic, tangible and shocking invasion of God’s glory into their souls, it will only get worse.

Now as he went on his way, he approached Damascus, and suddenly a light from heaven shone around him. And falling to the ground, he heard a voice saying to him, ‘Saul, Saul, why are you persecuting me?’ And he said, ‘Who are you, Lord?’ And he said, ‘I am Jesus, whom you are persecuting.’ (Acts 9:3–5, ESV)

Saul became Paul in a moment and he became one of Christianity’s greatest and most important leaders. The very Word of God flowed through him in great measure as one of the most prominent divinely inspired human authors of the Bible.

A dramatic, life-altering encounter with glory will do that. The shock and awe of the fire of the Holy Spirit will send them to their knees. These people can shake our nation out of the wicked slumber it’s in into full blown revival.

I’m thankful for God moving in the lives of influencers like Justin Bieber and Kanye West. Let’s see God continue to invade Hollywood, Nashville and Washington D.C. with His love!

For quite some time I’ve found myself suddenly interceding for one of our nation’s influencers. Out of nowhere someone would drop into my spirit and my mind. Sometimes it would come in the form of a dream. Often it’s an individual I don’t think of regularly, if at all. This makes it clearer it’s the Holy Spirit initiating my assignment to pray.

Simply, we need to contend with fervency and passion for today’s influencers. This will be much more effective than trying to turn an election or to pass positive legislation (though those efforts are important).

I developed a tool that can help. Use it if you would like, but most importantly, intercede for these precious souls. If you want to connect with my specific strategy, visit www.prayerteam.tv. There you will be able to choose an influencer and then leave either a sixty-second audio prayer or a prayer in the form of text, or both.

This brand-new project has already encouraged me as I’ve listened to the short yet powerful prayers of people I’ve never met. These intercessors are moved by love for the people on God’s heart.

The rules are simple: pray with passion from an attitude of encouragement. This isn’t the place for preaching or rebukes or snarky digs. Should an influencer stumble upon the site and hear someone going to battle for them in prayer, we want tears to well up in their eyes. We want them to feel love and encouragement as the anointing of the Holy Spirit washes over them.

That’s the assignment. Head over to www.prayerteam.tv or just adopt the prayer strategy and make it your own. The most important thing is to pray.

There is a Damascus Road encounter awaiting many of our culture’s influencers, and your intercession will help push back the demonic resistance in their lives. You can play a part in someone’s great, eternal salvation. Your intercession is that important.