The 16 (!) Bad Political Arguments People Use to Win Without Arguing 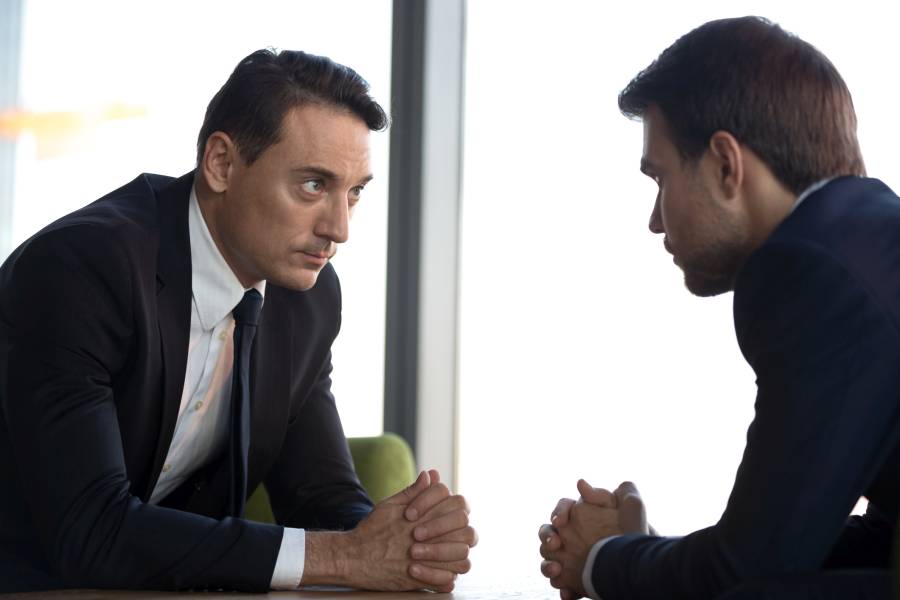 Authentic political discourse is becoming almost impossible. Some of this is because we are increasingly governed by emotions and not reason. Rule by the passions is very dangerous, and has always been one of the greatest threats to true self-government and liberty. This is only going to get worse as the election year continues and feelings get even more enflamed.

I have a radical suggestion that will help: Can we try logic? Can we argue about ideas and not our feelings?

But to do this, we need to know how to argue fairly. Our political discourse today isn’t just flooded with emotion, it’s flooded with bad, cheap arguments. Arguments that cheat, by trying to win without making a good case.

Let’s take a look at some of the most common bad arguments we hear all the time online and in the media. It is amazing how many of them fall into classic logical fallacies. Here are 16 examples. I’ve made them non-partisan, since they can be found on all sides of the issues. It’s a long, long list.

• “Look at what they’re doing – it’s so horrible!” This is the Appeal to Emotion Fallacy. It leads me to accept arguments or make decisions just because I feel strongly about it, without using my powers of reason. Of course, we should be horrified at times, because sometimes things are truly horrible. But still, we shouldn’t abandon our reason and act out of pure emotion.

• “But X [past candidate] would have been worse!” This is the Avoid the Question Fallacy. It changes the subject to an irrelevant point. No past candidate matters anymore, since they’re not on the ballot or in office.

• “Why are you complaining about X? Y is much more serious.” This is the Red Herring Fallacy. It seeks to direct your attention away from the matter we’re discussing and towards something else instead. There are lots of serious issues, but that doesn’t mean we have to talk about them all the time. For example, abortion is truly the worst human rights violation. But we talk about that all the time — how about focusing on racism for now?

• “X [choose some person in the past] was a racist!” This is the Faulty Comparison Fallacy. It compares people who operated under different circumstances and it unfairly applies contemporary standards to past events. We can certainly make judgments about past conduct and comparisons between people. And moral truths are valid at every place and time. But we still have to be careful about context and fairness when we judge people in the past.

• “He’s just doing to them the same terrible things they do to us.” This is the Two Wrongs Don’t Make a Right Fallacy. For Christians, this should be a no-brainer. Just because others do a bad thing (like lie about us all the time), it’s still not acceptable for us to do it. This argument is akin to the schoolyard taunt, “You started it!”

• “Don’t pay attention to what he says, pay attention to what he does.” This is the Selective Attention Fallacy. It encourages me to look only at some of the evidence and not at other relevant facts. What a person says is also part of what he does, so why should I ignore it? It’s also the Confirmation Bias Fallacy because it wants me to look only at evidence that supports my position and not contrary evidence.

• “They’re fascists!” or “They’re racists!” This is the Equivocation Fallacy. It uses words with multiple or ambiguous meanings and tries to apply them to the group in question. It’s also the Appeal to Emotion Fallacy because it encourages people to vote based on fear and hatred of the “enemy”.

• “You can’t hold out for a perfect candidate.” This is the Straw Man Fallacy, because nobody is arguing that they can only vote for someone who is perfect. Just because I have standards doesn’t mean I’m asking for the impossible.

• “You only have two choices. Either vote for X or for Y” or “You have to choose the lesser of two evils”. This is the Black or White Fallacy. It assumes that there are only two valid choices, even though other possibilities exist. For example, more than two people are running for president and not voting can be a perfectly responsible decision. And remember, it’s always wrong to intentionally choose evil.

• “You’re not a real [fill in your favorite cause] unless you vote for X!” This is the Appeal to Purity Fallacy. It manipulates the definition of the group to exclude some people who would normally be included. This is usually called the No True Scotsman Fallacy for some strange reason.

•  “We have to save democracy from them!” This is the Begging the Question Fallacy. It assumes the validity of a contested premise, namely that some disaster will necessarily happen if the favored candidate loses.

• “All those protesters are just trouble-makers and looters” or “Everybody at that march is a racist.” This is the Composition Fallacy. It assumes the entire group has the characteristics of some of its members. This is the classic source of invidious racial and ethnic stereotypes. We pro-lifers hear this all the time. We’re often lumped into the same category as the tiny number of extremists who break the law.

• “Everyone knows X” or “Nobody believes Y.” This is the Appeal to the People or the Bandwagon Fallacy. Just because lots of people believe something doesn’t make it true. Likewise, something may still be true even if all my Facebook friends don’t buy it. This is particularly important because there are so many bizarre conspiracy theories circulating out there.

• “We can ignore anything said by the mainstream media.” This is the Genetic Fallacy. It dismisses any argument from a source that we don’t like, rather than evaluating the argument on its merits. Even people we don’t like can be right about things. And even people we like can still be wrong.

• “If you attend a rally sponsored by X you must agree with everything that organization stands for.” This is the Division Fallacy. It attributes to each individual all the characteristics of the larger group. For example, it is perfectly logical to go to a protest that uses the slogan “black lives matter” without adopting all the radical positions of the organization with that name.

• “Don’t pay any attention to them because they’re associated with white supremacists.” This is the Guilt by Association Fallacy. We can’t dismiss people’s arguments just because we disapprove of who they’re standing next to. On the other hand, just because someone is friends with a person we like, that doesn’t make their arguments correct.

• “All cops are racists.” This is the Jumping to Conclusions Fallacy. It draws conclusions in advance of the evidence. Or in the absence of evidence. It’s also the Composition Fallacy, since it assumes that all people in a group have the characteristic allegedly held by only a few of them.

So can we try logic again? Don’t react emotionally. Look carefully at the arguments and statements people use, to see if they actually make sense and are supported by evidence. Make sure your own arguments make sense and that you supply the evidence for what you claim.

Using logic would turn down the heat considerably in public discourse. It would let us get past the emotions and passions that make everyone so angry today. We could look at others with more understanding and respect, even if we disagree with them. Maybe we could even love our enemies a bit. Maybe we can get past the passions and factions of our day and build the Culture of Life and Civilization of Love that God desires for us. That’s why we should try logic again.

Edward Mechmann is director of public policy for the Archdiocese of New York. Before coming to the archdiocese, he worked as a state and federal prosecutor. He’s written an introduction to Catholic social teaching called God, Society and the Human Person. The Human Life Review gave him its “great defender of life” award in 2018. His first article for The Stream was Condolences to Pro-Life Democrats. This article appeared on the public policy office’s blog and is used with permission.