The Shocking Difference Between Pentecostal Pastors and ‘Mainline’ Pastors 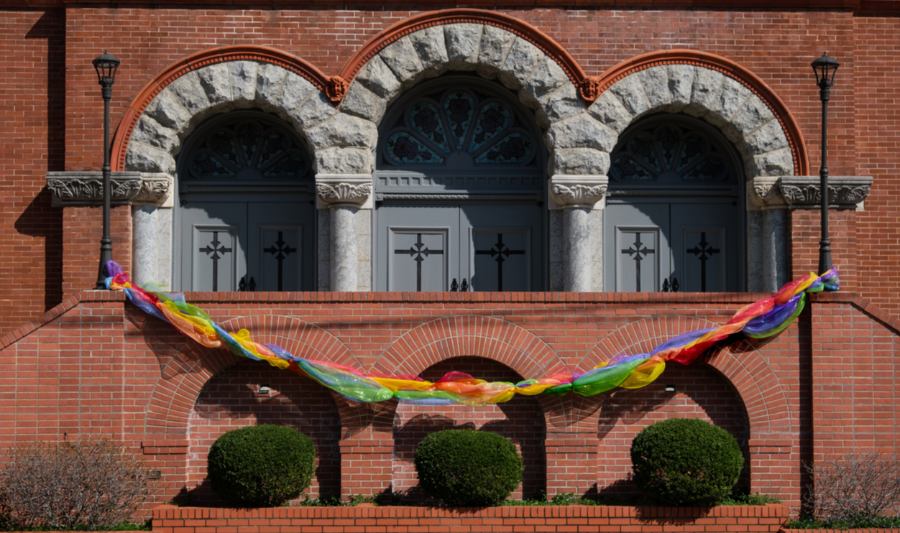 47% of “mainline” pastors now support same-sex “marriage.” But only 8% of evangelical pastors do. More specifically, “Presbyterian or Reformed (49%), Methodist (47%), Lutheran (35%) and Christian/Church of Christ pastors (20%) are more likely to see nothing wrong with same-sex marriage than Baptist (3%) or Pentecostal pastors (1%).” This according to a new LifeWay Research survey.

None of this is surprising in the least.

How Pastors View the Bible

LifeWay Research executive director Scott McConnell notes, “The movement we see among pastors’ views of same-sex marriage has less to do with their denominational tradition than their view of the Bible.”

Those who hold most faithfully to the authority of Scripture will be the least inclined to change their views on homosexuality. Put another way, those who believe the Bible to be God’s inspired, unchanging Word will be the least likely to compromise their convictions based on societal changes.

“An evangelical distinctive,” McConnell continued, “is the ultimate authority the Bible has over one’s beliefs despite changing cultural perspectives. It is not surprising then that evangelical pastors across different denominations continue to view same-sex marriage as wrong through this lens.”

That’s because the Bible is clear in its condemnation of homosexual unions. Under all circumstances they are sinful in God’s sight and contrary to His established order. Love and commitment don’t change that.

At the same time, God offers mercy and forgiveness to all, including practicing homosexuals. The Word is equally clear on this (see 1 Corinthians 6:9-11).

That’s why, when I had a mini-debate with “gay Christian” poster boy Matthew Vines, he couldn’t offer a single Scripture verse in support of his position. (For a graphic illustration of the scriptural bankruptcy of the “gay Christian” argument, see here.)

Interpreting Scripture Through the Lens of Contemporary Culture and Vice Versa

As a result, they are more likely to disbelieve fundamental biblical truths. These truths include: the Bible as God’s infallible Word; salvation coming only through Jesus; the virgin birth and the resurrection; eternal reward and eternal punishment.

It’s no surprise that the pastors who have waffled on the most foundational issues will waffle on things like same-sex “marriage” too. What else could we expect?

Ironically, Pentecostals, often derided for their belief that the Spirit continues to speak today, are the most conservative of all. Only 1% of their pastors affirm same-sex “marriage.”

Those Who Believe the Word of God Means What it Says

But that, too, should come as no surprise. The reason Pentecostals believe that prophecy and tongues are for today is because they believe the Word of God means what it says.

Pentecostals also emphasize the importance of the new birth and life in the Spirit. Thus the vast majority of their adherents will have a greater devotion to the Lord and His Word than those of “mainline” churches, which often downplay the concept of personal relationship with God.

All this would be in keeping with a 10-country religious survey published in 2006, titled, “Spirit and Power — A Ten Country Survey of Pentecostals.”

It is true that, according to the Lifeway Research survey, the more educated the pastor, the more likely he (or she) was to accept same-sex “marriage.” Specifically, “Those with a doctorate (27%) or a master’s degree (32%) are more likely to support same-sex marriage than pastors with a bachelor’s degree (9%) or no college degree (6%).”

But, once again, it’s also more likely that many of those who pursued more advanced degrees view the Bible through a more modernist lens than those who chose not to pursue such degrees. Education, in and of itself, does not guarantee orthodoxy. This is especially so when the seminaries attended are themselves liberal.

This would confirm what I have written about often: “Progressive Christianity” is doomed to fail.

That’s why, while 47% of “mainline” pastors now affirm same-sex relations, they represent an increasingly small minority of American pastors as a whole. Their congregations are dwindling. In stark contrast, Pentecostal-Charismatic Christianity is exploding around the globe.

One group adheres more faithfully to the Word and relies on the Spirit’s power. The other does not.

The results are as expected.