The Sad Truth About Class and Power in America 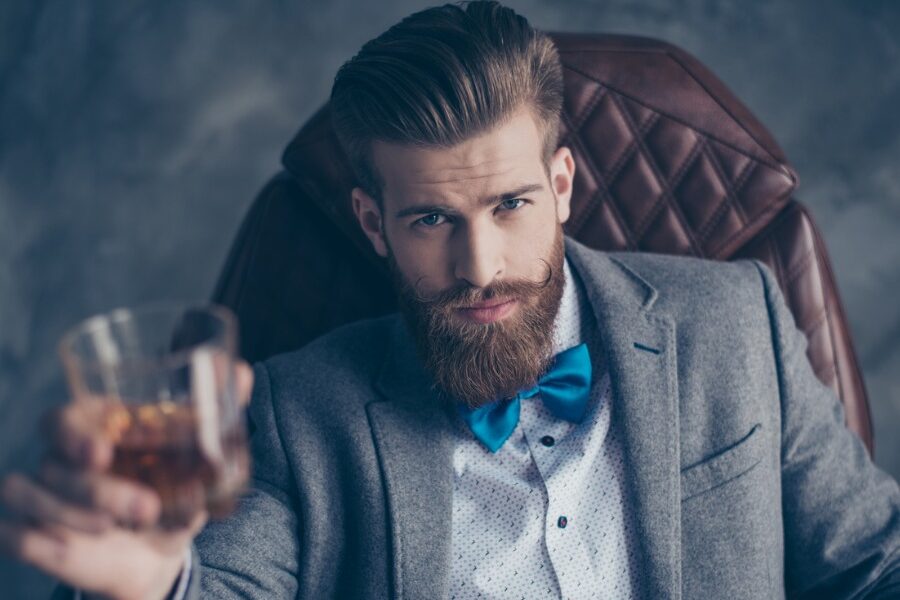 I’d like to draw your attention to an article from The Spectator , “Oligarchy in America: Crossing the Rubicon of Class” by Dominic Green, about the changing political landscape and the rise of the wealthy and powerful elite. I don’t agree with everything he says, but there’s some real food for thought here.

If you’ve read my book God, Guns, Grits, and Gravy, you know about the intense class divisions that have been building in America. With Trump, we had the rise of the populists from America’s heartland. And with Trump’s loss, we now have, as Green puts it, “the rise of the imperial oligarchy that offers to restore law and order, but installs a different law and a new order.”

I would add that there’s a huge irony in this. President Trump was exceptionally pro-law and order while the left was burning buildings. In a response to the uprising at the Capitol on January 6 — which horrified Trump and all but a handful of crazies — that perception has been flipped on its head, and it’s now Democrats who are clamping down on opposition, going so far as to label the right “domestic terrorists.”

The Manifest Destiny of Money and Power

One paragraph is so stellar and summarizes current conditions so well, I’ll quote it in full:

Our political parties have fused with corporate and bureaucratic America into a donor-fed, greed-driven ‘uni-party.’ The manifest destiny of money and power has elicited mass revolts from the grassroots of both parties, but the DNC has defeated them all. First it defeated Bernie Sanders in 2016. Next it defeated the return of Sanders in 2020. Now it has defeated the revolt of the Republican grassroots by drawing away a small but crucial number of aspirational white suburbanites who voted for Trump in 2016. Were they repelled by four years of presidential tweeting, or intimidated by the demonization of Trump supporters as racists and losers? Aspirational suburbanites are the kind of people who used to be Republicans. They know how fast a fall from affluence can happen. They recognize where the social, financial and political power now lies.

Much of this shift was set in motion during the Obama administration; Green cites “the fusion of the healthcare, pharmaceutical and insurance industries” and now “the Biden-Harris administration’s endorsement of one kind of Green New Deal or other.”

On the surface, it seems as if we still have a country; the trappings are still there. “The American oligarchy is still American,” Green writes. Just as the Roman Senate still appeared to have the sovereign authority, so the Constitution still reigns supreme, except when it doesn’t.

“Private property and market forces are still revered in theory,” he writes, “and individualism, in the form of private license, has never been more sovereign [unless you get on the wrong side of the rulers]. But democratic equality, the foundation of the American compact and the signature of American manners, has collapsed.”

The way Green describes it, America now has three classes: the oligarchy, the middle, and the underclass. The oligarchy can also be divided into three groups:

First, there are the plutocrats, the infamous 0.1 percent, who pretty much live exactly the way they want, morality and carbon footprints be damned. (Green says “we suspect they know the truth about Jeffrey Epstein.”) This is about 160,000 households that in 2016 possessed an estimated 22 percent of America’s wealth, which is pretty much what they held in 1929. So for the plutocrats, the Roaring ‘20s are back — the 2020s. Most of the very wealthiest today did make their fortune in businesses they started themselves.

Then there are the aristocrats: the rest of the top 10 percent that own most of America’s wealth. These are the highly paid “experts”: programmers, scientists, researchers, lawyers, Wall Street investors, corporate management, politicians and consultants, medical specialists and Beverly Hills plastic surgeons.

As Green describes them, “They despise half of their fellow Americans as dim bigots. They are, however, angst-stricken at the fate of the polar bears.” (Of course, I don’t want to paint with too broad a brush; there are exceptions to all this.)

Third are the meritocrats, the upper middle class. Many own businesses. These people are “living and dying by the sword of hard work and the market, and consequently fighting harder and harder against longer and longer odds.” Their kids are the ones getting worthless liberal arts degrees from leftist schools, carrying huge student debt and working as baristas. They “are demanding to be heard before they lose the rest of their class privileges.”

How the Oligarchs Maintain Their Status

And what kind of privileges do the oligarchy use to maintain their status? Things like security gates, private schools, and the legacy system at elite universities. But the meritocrats, at the bottom of the elite class and struggling to stay there, don’t really have the same access. And they’re the ones who are told they’ve benefited so greatly from “white privilege.”

Interestingly, despite the huge obsession with diversity, “the ruling class is still dominated by white men,” Green observes. “Never before have Americans been so united by racial symbolism; never before have they been so divided by wealth; never before has education been so expensive and social mobility so slow.” The gap between the oligarchs and those they rule is huge; “they live in different worlds, and they live by different values.”

Green foresees a state under Biden in which the super-wealthy will continue to prosper and the middle class will shrink. (Note that big-time mega-rich investors are crying ‘foul’ now that the little guys beat them at their game of short-selling.)

I always cringe when I hear leftists talk about what they’re going to do for the middle class, when it’s almost always what they do to the middle class. They don’t like the middle class, who work hard and generally have enough independence and smarts — without being indoctrinated at an Ivy League school — to distrust those in power who want to “help” them.

Green predicts a backlash against diversity policies among those designated the losers. But he also sees this administration continuing to collude with Big Tech to “censor and demonize the opposition.” And he sees America on the road to decline.

It’s hard to argue with any of that. It’s what we’re going to see in the short term, because elections have consequences. But, looking long-term, it will all depend on how we strongly and strategically we fight back. (Hey, social media, I’m using the word “fight” figuratively.)

There are 75 million of us. We’ve had the wind knocked out of us, but we can’t let that take us down.