The Return of the Dark Ages 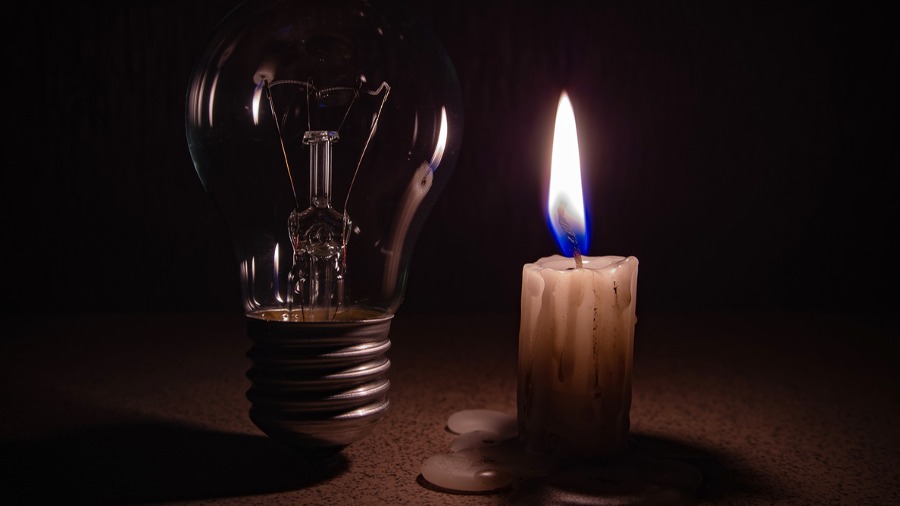 Population declined. Global temperatures rose. Migration of people from destabilized regions increased. Wind and solar energy supplied the planet all its power. On September 4, 476, Romulus Augustus stepped down from the throne of the Western Roman Empire and the world entered the Dark Ages, which lasted until around the year 1000. Now, 1,022 years after the end of the Dark Ages, as populations decline, temperatures rise and people move restlessly about the planet, environmentalists are plunging the world into a new dark age of wind and solar dependence.

Much of what environmentalists claim is climate change is actually caused by inept, corrupt and inefficient policies often pushed by progressive politicians. California, beginning this new dark age with blackouts and energy strain, prioritized moving to wind and solar power instead of prioritizing power grid infrastructure upgrades and baseload power. The state’s power suppliers could not cover the costs of keeping their power lines in good condition lest they be fined for not moving fast enough to “clean energy.”

The Darkness to Come

The reality, however, is that the environmental policy is inherently Malthusian. The entire and entirely unspoken premise of this movement is that humanity must suffer so the planet survives. There must be less of us living and those who survive must live in more miserable conditions to save the planet. Progressives will object, but few will see or hear their objections in the darkness to come. There will either not be enough power or it will be too expensive to regularly use.

People will die and it will have been entirely preventable.

Wind and solar power are not baseload power. Baseload power is power that can be flipped on as demand rises. Wind and solar are inefficient power sources fully dependent on the wind blowing and the sun shining. While environmentalists claim batteries can store excess power to use when wind turbines do not spin and the sun does not shine, there is not enough lithium nor enough batteries to actually meet the demand in reality.

Rejecting Power for a Dystopia

In Europe, the continent moved so quickly away from its baseload power to renewables that it increased its dependency on Russia for natural gas. Now, this winter, Europeans will die because of the continental embrace of the environmentalists’ demands. Power will be rationed. It will be expensive when used. There will not be enough of it. Instead of investing in nuclear power, the Europeans rejected it for a dystopia.

In California, its power grid is under an incredible burden. In triple-digit heat, people are turning off their air conditioners and lights to avoid straining the system. A week after California mandated that new vehicles in the next decade must all be electric, the state insisted people either unplug their cars or use gas generators to charge them.

California has less than 600,000 electric cars, and they are already too much of a strain on the existing power grid. The state does not have enough land to cover in solar and wind farms to supply the power necessary to convert all of California’s 38 million vehicles to battery-powered cars. The very environmentalists who demand we use these energy sources would balk at the idea of building a solar or wind farm in an area where it could threaten endangered species. Better to endanger the lives of humans.

If the United States does not nationally begin an immediate expansion of our nuclear energy baseload capacity, what is happening in California will spread nationwide. What is happening in Europe will become a norm in America. We will enter a new Dark Ages.

It is not actually a coincidence that, just as superstitions grew in the original Dark Ages, sophist thinking and superstitions are spreading now. The Americans embracing their inner chakras and healing crystals who think men can get pregnant are the loudest voices of environmental lunacy. They, God’s creation, now envision themselves Creators and will create a hell on earth backed by pseudoscience and loud screams about climate change to cover their sophistry and incompetence. People will die and it will have been entirely preventable.

The power going out in America is a choice. It is a choice too many progressives are making and imposing on everyone, to our detriment.