The Real Truth About Norma McCorvey, the ‘Roe’ of Roe v. Wade 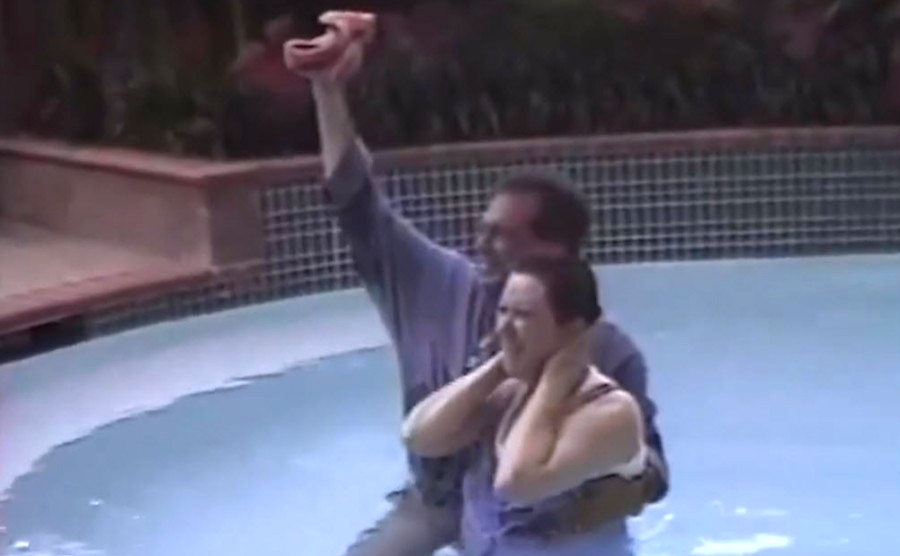 The internet is ablaze with reports that Norma McCorvey, who claimed to convert to Christianity and worked for years as a pro-life activist, was actually a paid puppet of the right, putting on an act all these years. So states a forthcoming FX documentary, AKA Jane Roe, to be aired on Hulu. Yes, we are told that, “Jane Roe’s Deathbed Confession: Anti-Abortion Conversion ‘All an Act’ Paid for by the Christian Right.”

Pro-lifers who knew her for years, to the point of becoming her family and close friends, categorically reject these claims. (See here and here and here.) How do we sort this out?

Let’s start with what we do know.

The Pro-Choice Side Used Norma McCorvey

First, regarding the Roe v. Wade case, which began in 1971, McCorvey was used by the pro-abortion side for their purposes.

Jacqulyne Anton, writing in History in the Making, Volume 11, described McCorvey as, “A poor, working-class woman from Louisiana, burdened with the psychological pain of an unplanned pregnancy, [who] unwittingly became the catalyst in the fight for the legalization of abortion.”

After suffering years of physical and emotional abuse, including numerous sexual assaults, and while frequenting gay bars and struggling with substance abuse, she slept with a friend and became pregnant for a third time.

“Nervous and afraid, Norma claimed that she was raped and that that was how she became pregnant,” Anton says.

However, Anton explains, “Norma was not looking to become the protagonist in the legal case that would become a landmark in legalizing abortion for women across the United States. Rather, she was simply looking for the right to safely and legally end her own unwanted pregnancy.”

So, this young woman, the victim of all kinds of abuse, became the anonymous poster girl for the pro-abortion cause, the “Roe” of Roe v. Wade. And note carefully: the claim that she was raped was an outright lie. (For the record, she did not have an abortion but rather gave up her child for adoption.)

She Wrote That She Was “Won by Love”

Second, in 1995, while employed by an abortion clinic and involved in a committed lesbian relationship, she professed to have a conversion experience and made an open, uncoerced profession of faith in Jesus and was baptized.

Multiple witnesses attest to this, and at no point in time was she ever offered money to convert or be baptized. There is not ounce of proof to support this wild allegation. To watch the story for yourself, which involved pro-life activist Flip Benham, go here. This was documented in her book Won by Love.

Once she was fired from her job in an abortion clinic, she and her partner were loved and embraced by the local pro-life community, which helped them in many ways.

But that is called Christian love. Just think of the scorn we would have received for not helping a woman like this, left out in the cold by the pro-abortion side.

Third, the producer of the new documentary is Nick Sweeney. His website features some of his other projects, including: My Transgender Summer Camp; Girls to Men; My Transgender Kid; The Sex Robots Are Coming; and Secrets of the Living Dolls.

While this does not speak to the quality or veracity of his work, it does point to his social views, which are clearly far left.

Fourth, Sweeney has interviews with McCorvey, filmed in her nursing home before she died in 2017, where she claimed that her conversion and pro-life work were all an act and that she was paid by the right for her activism.

Unfortunately, she is not here to tell us which version of her life story we should believe, and there are other examples of her reversing part of her story in the past (specifically, her claim of being raped in 1971, a claim she reiterated in 1983 but then denied in 1987, well before her conversion; see here).

David Benham Also Spoke With Her Shortly Before Her Passing

Ultimately, only God knows the truth, but David Benham, Flip’s son, who knew McCorvey as a close friend of the family for years and who witnessed her baptism, spoke with her not long before her passing. There was not the slightest indication that she had changed her views.

I encourage you to take the time to listen to my interview with David where you can hear the passion in his voice, coupled with the indignation he and his family now feel, as if their dear friend has been used and abused once again.

As for the idea that she might have come to believe that her previous 20+ years had been a sham, it is possible that this is no different than a husband who leaves his wife of 30 years, telling her, “I never loved you.”

What he really means is, “I’m attracted to someone else now.” His memory of the past is distorted.

What We Do Know

Again, only God knows the truth about Norma McCorvey, but what we do know is that: 1) the very foundations of Roe v. Wade included a lie (although the rape issue was not directly germane to the decision). 2) Norma McCorvey was used by the pro-abortion movement for their purposes. 3) She professed to have a radical conversion and seemed the better for it for more than two decades. 4) The documentary was produced by a filmmaker with a clear social agenda. 5) The documentary is only being released three years after her death.

In the end, even if she was acting all this time, which I seriously doubt, as a result of Roe v. Wade, more than 65 million babies have been slaughtered and abortion remains evil and wrong.

Nothing will ever change that.